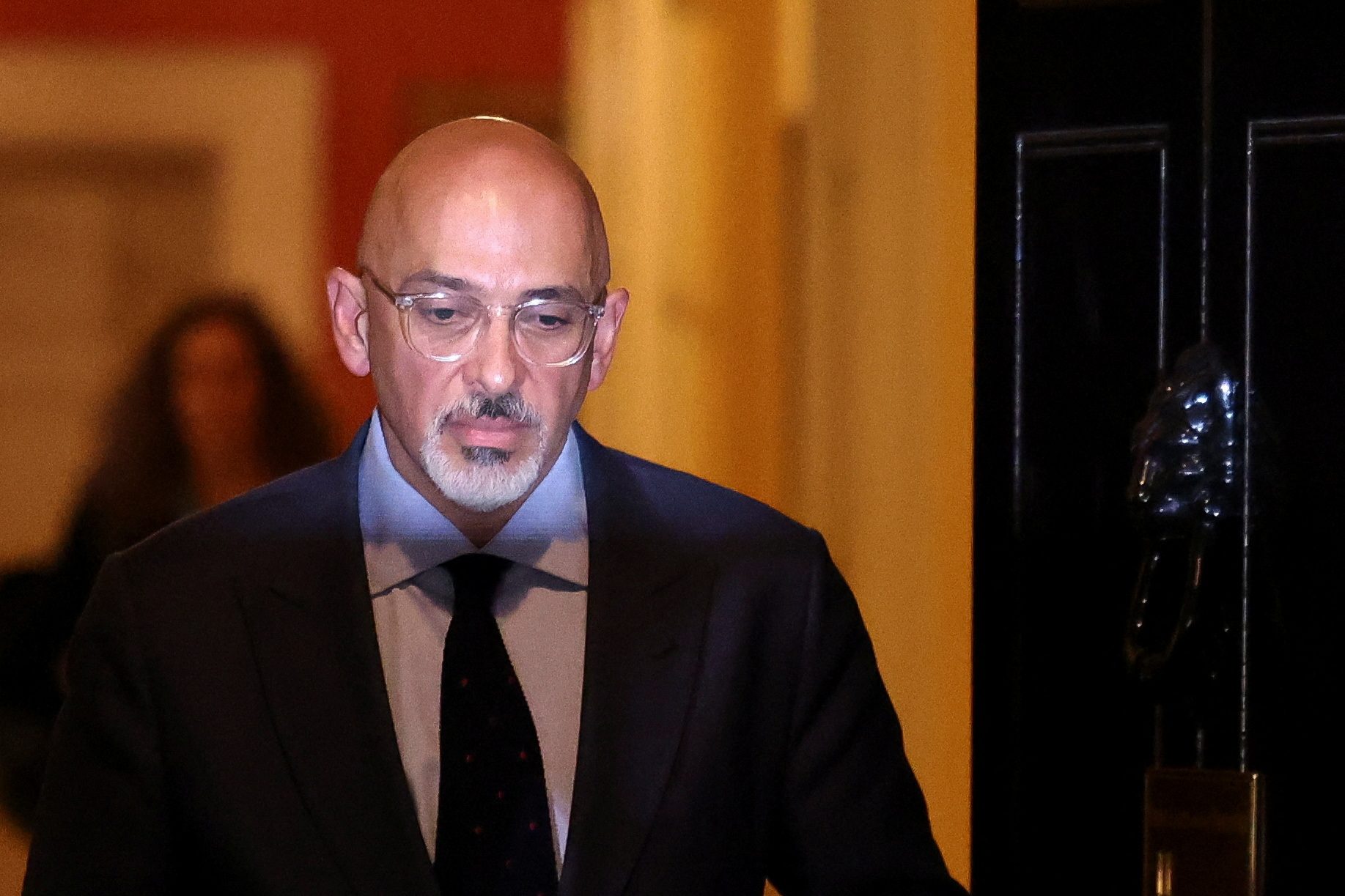 LONDON, United Kingdom – Britain’s new finance minister Nadhim Zahawi pledged on Wednesday, July 6, to rebuild and grow the struggling economy and said he would look at all options to do that, including possible tax cuts.

Zahawi, who moved from the education ministry to the Treasury on Tuesday, July 5, after the resignation of Rishi Sunak in protest against embattled Prime Minister Boris Johnson, said “nothing is off the table.”

But he also faced questions in his first media interviews in the job about whether he would even have a chance to steer the economy out of its looming slowdown, given Johnson’s weakened grip on power.

Among other government ministers to abandon their posts on Wednesday were health minister Sajid Javid and junior finance minister John Glen, who was responsible for the City of London.

Britain’s economy has lost momentum as inflation heads for double-digits and it is forecast to be weaker than other big industrialized economies next year.

Bank of England chief economist Huw Pill said he did not expect any economic growth over the next year or so, as households faced the highest inflation in 40 years.

As well as the challenge of soaring energy and food costs, Britain is also struggling to adjust to life after Brexit.

Zahawi, widely credited in the Conservative Party for successfully overseeing Britain’s COVID-19 vaccine rollout, said 2023 was shaping up to be “really hard” and he would focus on the cost-of-living squeeze facing households.

Zahawi hinted at moves to ease taxes on individuals and a rethink of Sunak’s plan to raise taxes on businesses next year.

“Nothing’s off the table. I will look at everything. When boards invest, companies invest, they invest for the long term and they do compare corporation tax rates,” he told Times Radio.

Many Conservative lawmakers have called for tax cuts, and Sunak had ordered the finance ministry to look at options that would boost lackluster business investment ahead of an autumn budget statement.

Government forecasters predicted in March that public borrowing would fall to 1.9% of gross domestic product next year – which would leave some room for tax cuts – but since then, the growth and inflation outlooks have worsened.

Zahawi said his priority was to fight inflation – something that could be aggravated by tax cuts – and he also stressed the need to fix the public finances after his predecessor spent around 400 billion pounds ($479 billion) to cushion the economic blow dealt by the coronavirus pandemic.

“We have just come out of the equivalent of a world war. We have to rebuild the economy and return to growth,” he said, adding the government would have to be careful about increases in public-sector pay, which could drive inflation higher.

“The important thing is to get inflation under control, be fiscally responsible,” he told Sky News.

Zahawi was appointed after Sunak quit the job in protest at Johnson’s “standards” and citing differences over economic policy with the prime minister.

The main opposition Labour Party said the chaos at the top of British politics was adding to the economy’s problems.

“The pound fell again yesterday. The pound is weak because the government is weak. And a weak pound means the costs of energy, the cost of petrol and diesel go up and up and up,” said Rachel Reeves, Labour’s would-be finance minister. – Rappler.com