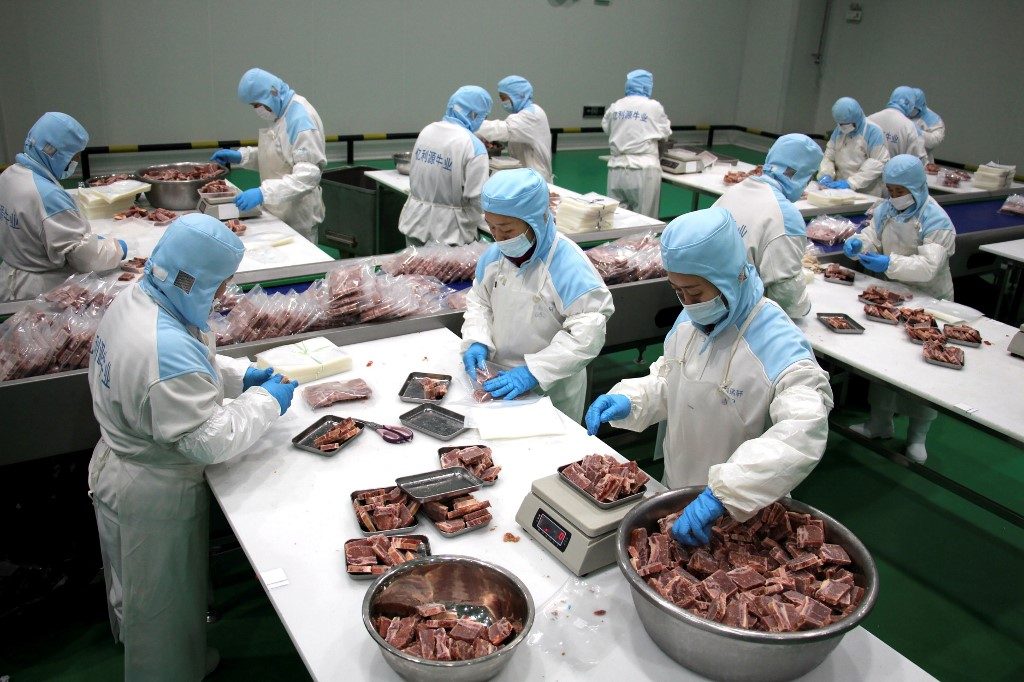 China’s exports rose in November at their fastest pace in almost 3 years, official figures showed on Monday, December 7, as a surge in demand in key markets ahead of the festive period also helped the country post a record trade surplus.

The reading is the latest spot of good news out of the world’s number two economy, which has been enjoying a bounceback from virus-induced lockdowns that sent it into a rare contraction earlier in the year.

The figure – the best since February 2018 – surpassed the 12% tipped in a Bloomberg poll of analysts and was much better than the 11.4% seen in October. The reading also marked the 6th straight month of growth.

November’s headline export growth was led mainly by shipments to the United States and Europe, said Nomura in a report.

There was also higher growth in shipments of protective equipment as countries around the world scramble to treat those ill with the disease, and for electronics needed to work from home.

Electrical equipment and products spiked too, said ANZ Research, noting the high-tech industry surge could be partly due to frontloading as the US expands its blacklist of Chinese firms.

In the first 11 months this year, customs figures showed exports of textiles, including masks, surged 33% as governments put in place virus containment measures.

However, imports expanded 4.5%, much weaker than the 7% estimated and slightly worse than the previous month.

HSBC economist Erin Xin said enforcement of the phase one deal signed with the US had likely helped to keep imports “buoyant,” with shipments of key products such as soybeans continuing to grow.

The data also showed China’s surplus with the rest of the world hit $75.42 billion in November, up from $58.44 billion in October and the largest on record dating back to 1990, according to Bloomberg News.

Iris Pang, chief economist for Greater China at ING, said the latest figures were likely the result of “urgent export deliveries before Thanksgiving and Christmas,” with importers worried about lockdowns ahead of the year-end holidays.

But Louis Kuijs, head of Asia economics at Oxford Economics, cautioned that many COVID-19-related purchases would not happen again, and that vaccine rollouts would prompt a “global rotation from goods to services consumption.”

In November, China’s trade surplus with the US – a major point of conflict in their bruising trade war – expanded 52% to $37.4 billion. – Rappler.com