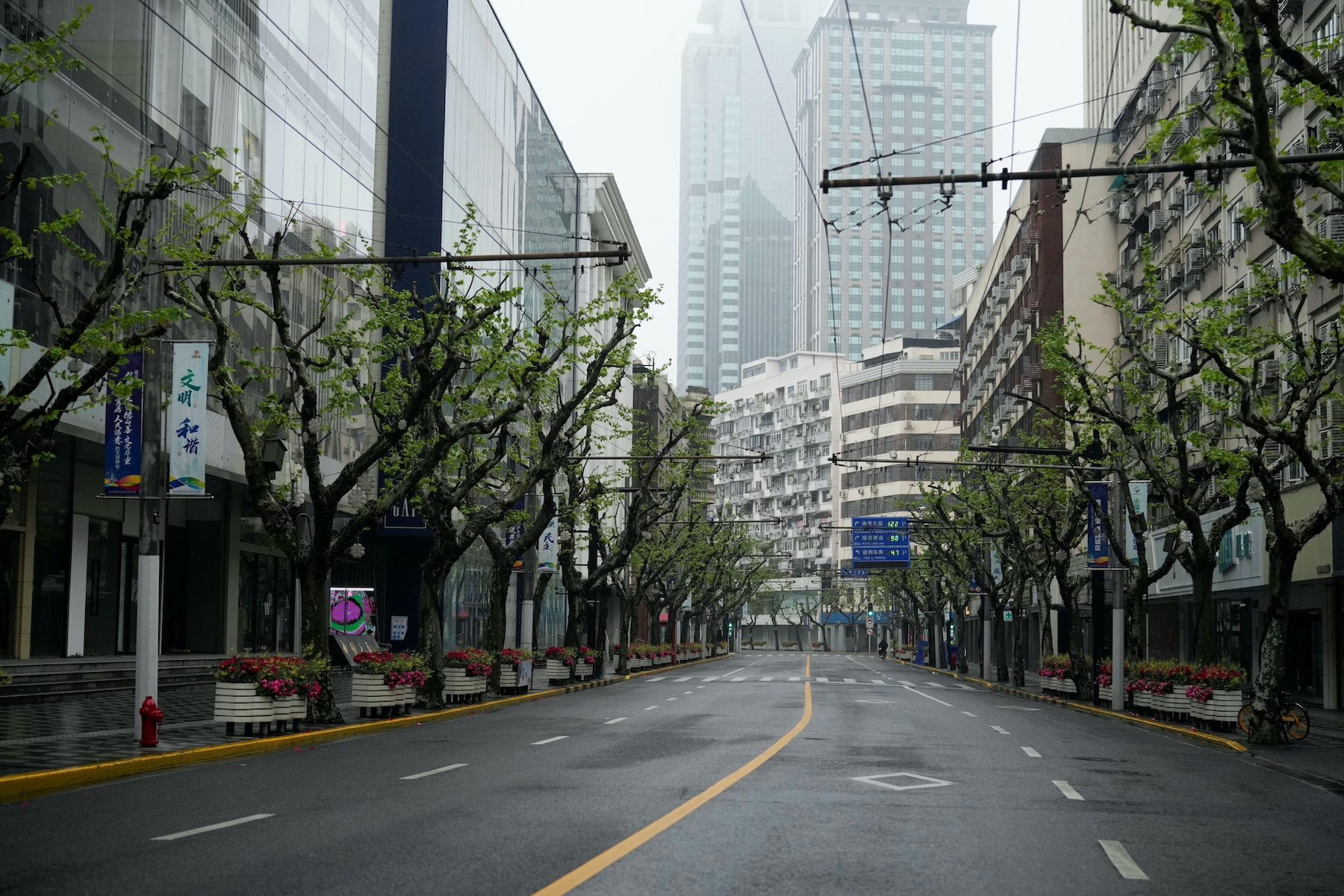 LOCKDOWN. An empty road is seen during lockdown amid the coronavirus pandemic, in Shanghai, China, April 14, 2022.

Facebook Twitter Copy URL
Copied
The Chinese Ministry of Industry and Information Technology will work with 666 companies making semiconductors, automobiles, and the medical sector to get back to work

SHANGHAI, China – China said on Friday, April 15, that it will help hundreds of companies in key sectors to resume production in locked-down Shanghai, the commercial capital at the center of the country’s latest COVID-19 outbreak, as businesses warn of the growing economic toll of restrictions.

The announcement comes as a growing number of business leaders and analysts warn that China’s strict “zero-COVID” policy is triggering economic disruptions that are rippling through global supply chains for goods from electric vehicles to iPhones.

The Ministry of Industry and Information Technology will work with 666 companies making semiconductors, automobiles, and the medical sector to get back to work, it said in a statement late on Friday.

Teams have been sent to Shanghai to ensure the resumption of work at these key industrial companies, the regulator added.

Airlines and the property sector are also feeling the pain.

Although Shanghai’s 23,000 new infections on Friday were down from more than 27,000 the previous day, they included a record 3,200 symptomatic cases, versus 2,573 a day earlier.

Xpeng’s chief executive officer He Xiaopeng issued a dire warning for the sector unless the situation improved.

“If the suppliers in Shanghai and its surrounding areas can’t find a way to resume operations and production, in May possibly all of China’s carmakers will have to stop production,” he said on the Wechat social media app.

Shipments of some Apple products, as well as Dell and Lenovo laptops could also face delays, analysts said.

On Friday, the transport ministry announced a national pass system to let cargo vehicles move between higher risk zones without delays, as long as drivers have normal temperatures and a negative virus test no older than 48 hours.

An April 7 study by Gavekal Dragonomics found that 87 of China’s 100 largest cities by gross domestic product have imposed some form of quarantine curbs.

COVID-19 curbs have also hit travel nationwide, with flag carrier Air China reporting a drop of 70% in March traffic from a year ago.

Home prices stalled for a second month in a row in China’s 70 major cities last month, official data showed on Friday, as the lockdowns sapped consumer confidence and undermined demand.

Some of those locked down in Shanghai have expressed frustration on social media over the difficulties in getting food and poor conditions at central quarantine facilities.

Most of Shanghai’s shops were closed, except for some with half-opened shutters from which goods were being carried to waiting delivery drivers.

The city has converted residential buildings into quarantine centers but that is sparking protests from angry neighbors worried about higher risks of infection. – Rappler.com