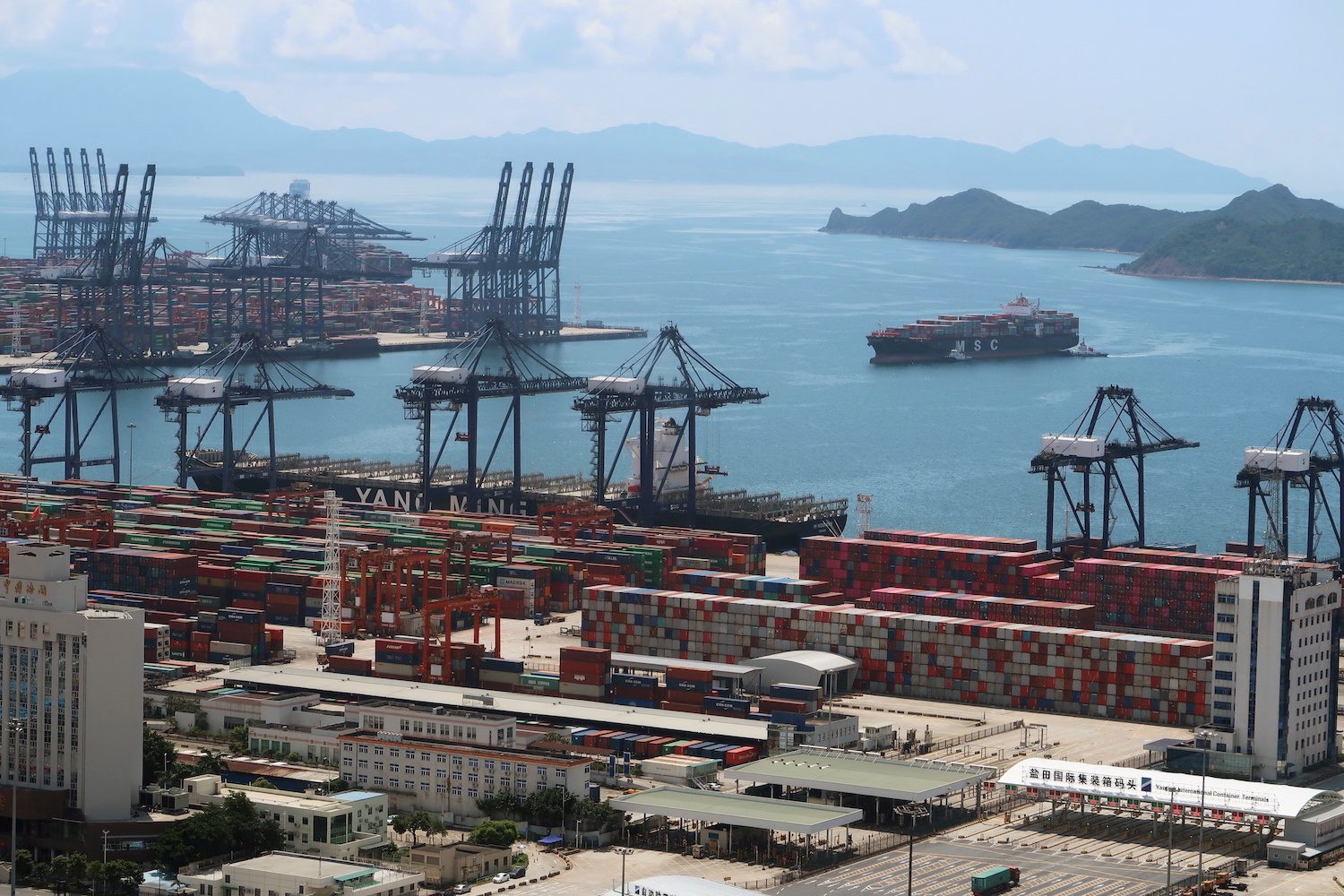 PORT. A cargo ship carrying containers is seen near the Yantian port in Shenzhen, Guangdong province, China, May 17, 2020.

Facebook Twitter Copy URL
Copied
While China’s main ports remain open and vessels are continuing to dock, congestion is building up and some container ships are rerouting to avoid expected delays

SINGAPORE – The queues of container ships outside major Chinese ports are lengthening by the day as COVID-19 outbreaks in manufacturing export hubs threaten to unleash a fresh wave of global supply chain shocks, ship owners, logistics firms, and analysts say.

China is experiencing its biggest spike in COVID-19 infections since an initial outbreak in the central city of Wuhan was contained in early 2020.

The spread of the highly infectious Omicron variant this month has led to movement controls across China, including in key manufacturing hubs of Shenzhen and Dongguan, paralyzing factories making goods from flash drives to car parts.

While China’s main ports remain open and vessels are continuing to dock, congestion is building up and some container ships are rerouting to avoid expected delays, according to ship owners, analysts, and supply chain managers.

Charter rates are expected to ramp up, while delays to shipping freight grow longer, they said.

“This implies that it will become difficult to get cargo to and from the ports and hence whether the terminals are open or not becomes a moot point,” said Lars Jensen, chief executive officer at Vespucci Maritime, a container shipping advisor.

Charter rates per 40-foot container remain close to all-time highs across major global shipping routes, trading at around $16,000 on the China-US West Coast route and nearly $13,000 from China to Europe, according to Freightos shipping index.

Similar COVID-19 lockdowns last year saw operations at Yantian cut to one-third of capacity, leading to a bigger disruption of global shipping than the one caused by the closure of the Suez Canal for six days last year after the Ever Given container vessel ran aground, a director of Maersk, the world’s largest container liner, noted last year.

Although supply chain experts say that Chinese ports are more resilient now to staff shortages and transport disruptions, there remains the fear that Yantian may have to shut if infections and restrictions spread.

Supplier and shipping delays, while still elevated, had eased to their lowest level since early 2021 in February, according to JP Morgan Global PMI.

“If the [Yantian] port does close, then the whiplash effect when it reopens will lay waste to all the progress made in the US,” said Bjorn Vang Jensen, vice president at consultancy Sea-Intelligence.

Even if ocean freight terminals remain open, the lack of truck drivers and warehouse operators means there will be delays in filling shipping containers and taking them to port.

With other nearby export hubs also suffering from bottlenecks, including Hong Kong and Shanghai, vessels may have to wait until congestion eases to load cargo and that will mean phones, televisions, and toys take longer to get to the United States, said Peter Sand, chief analyst at Xeneta, a freight analytics firm.

“I expect the consumers in the US and shippers with cargo going for North America will be hardest hit,” Sand said.

Shipping lines are also contending with the possibility of a rapid escalation of Omicron variant COVID-19 cases in China, as seen elsewhere in the world, which could result in more widespread disruptions and have implications for already rising global inflation.

“A slowdown in Chinese exports will exacerbate supply chain delays and reduce inventories held by businesses, which could drive further price increases.” – Rappler.com