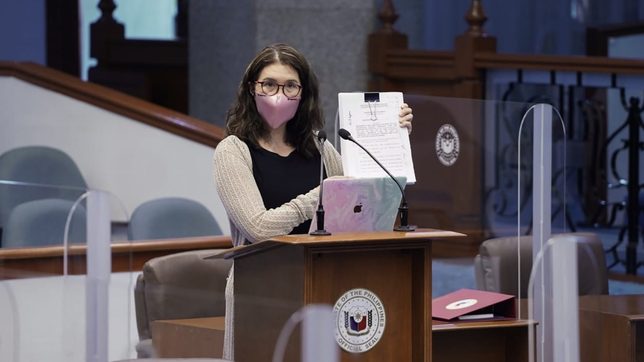 The Senate and the House of Representatives on Wednesday, February 3, ratified the bicameral conference committee report on the bill seeking to cut corporate taxes and revamp incentives for investors.

The Corporate Recovery and Tax Incentives for Enterprises (CREATE) bill will now be sent to President Rodrigo Duterte for signing into law.

CREATE lowers corporate income tax from 30% – the highest in Southeast Asia – to 25% for large corporations and 20% for small businesses.

This would “enable the Philippines to keep pace with our ASEAN (Association of Southeast Asian Nations) neighbors in attracting foreign direct investments,” said Senate ways and means committee chairperson Pia Cayetano, as she presented the bicameral conference committee report on Wednesday.

Before the introduction of CREATE, there were hundreds of rules on tax incentives that were specific to industries.

The proposal, however, earlier sent jitters through investors, with uncertainty over what changes would be made.

House ways and means committee chairperson Joey Salceda said the passage of the bill allays fears, adding that CREATE is the “greatest economic reform of the post-EDSA years.”

“Removing the uncertainty will be like opening the floodgates to investment. I expect at least P12 trillion in combined domestic and foreign investment over the next decade due to CREATE alone. $90 billion of that will be FDI (foreign direct investments),” said the Albay 2nd District representative.

Salceda also said CREATE would result in some P931 billion in tax savings for businesses, which would help them recover from the COVID-19 pandemic.

But this also means that the government would incur a revenue shortfall, as corporate taxes would be significantly trimmed.

Salceda, however, noted that the final bicameral version was able to shave off P282 billion from the original revenue loss under the Senate version.

Meanwhile, House Speaker Lord Allan Velasco noted that a key feature of CREATE “is to exempt from VAT (value-added tax) and other duties the importation of COVID-19 vaccines, personal protective equipment or PPE, and treatment and clinical trial drugs, among others.”

Velasco said CREATE, along with the proposed amendments to the economic provisions of the 1987 Constitution, would help the country recover from the pandemic.

Think tank Action for Economic Reforms (AER) welcomed CREATE’s passage, but raised alarm over the alleged lack of transparency in the deliberations on the final form of the bill.

AER said the bill’s final version “contains provisions that run contrary to its main objectives, are unnecessary insertions, and swing the advantage to certain parties.”

The research group called on President Rodrigo Duterte to exercise a line item veto of these 3 items in the bill:

Other experts also cast doubt on how effective CREATE would be in attracting investors, as companies worldwide are cutting expenses amid the pandemic. (READ: [ANALYSIS] Why Duterte’s corporate tax cuts won’t save PH economy) – Rappler.com