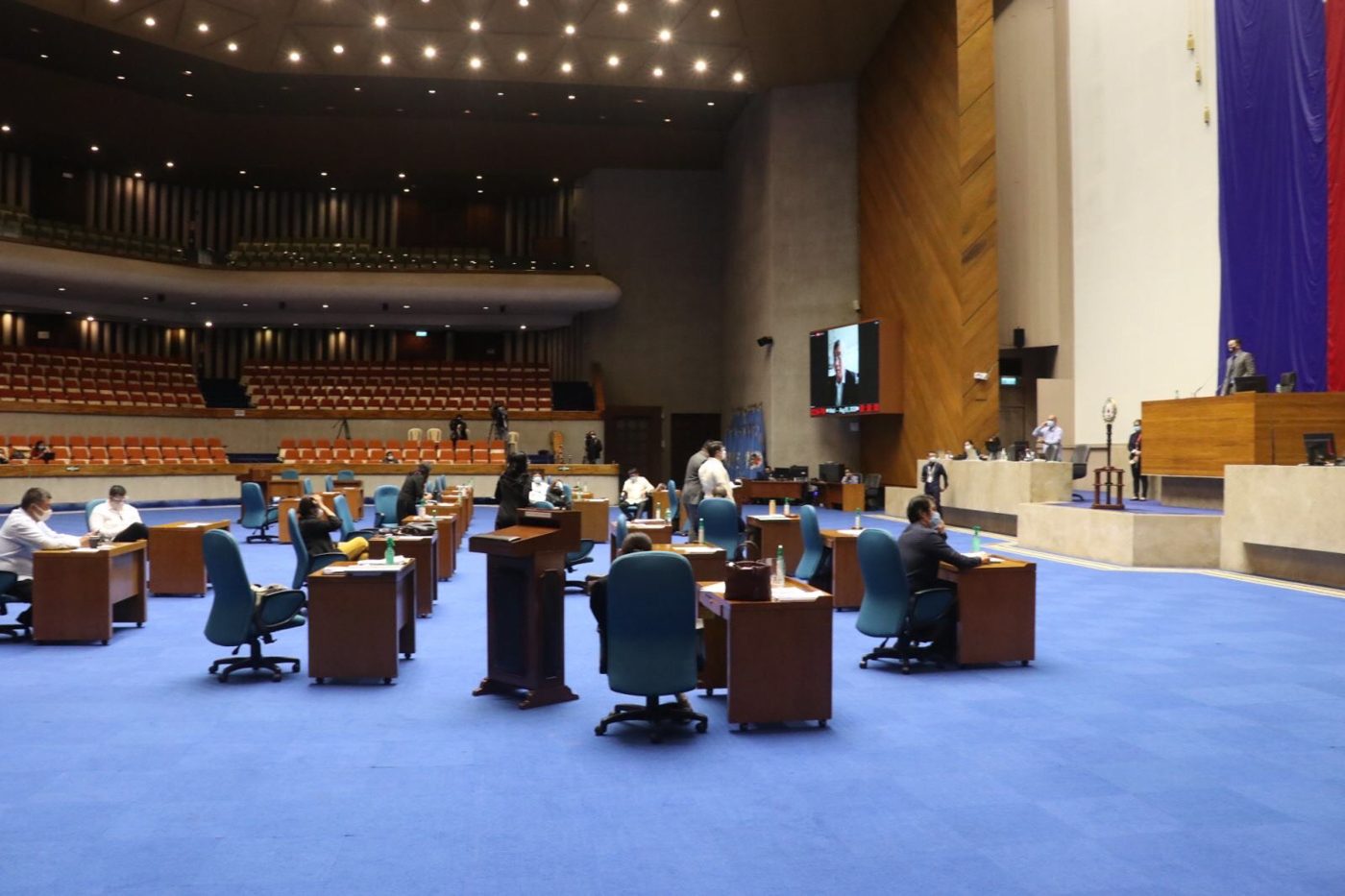 PLENARY HALL. The House of Representatives.

Facebook Twitter Copy URL
Copied
The House of Representatives looks into government loans of the Lopez Group. The Development Bank of the Philippines insists state auditors found nothing irregular. 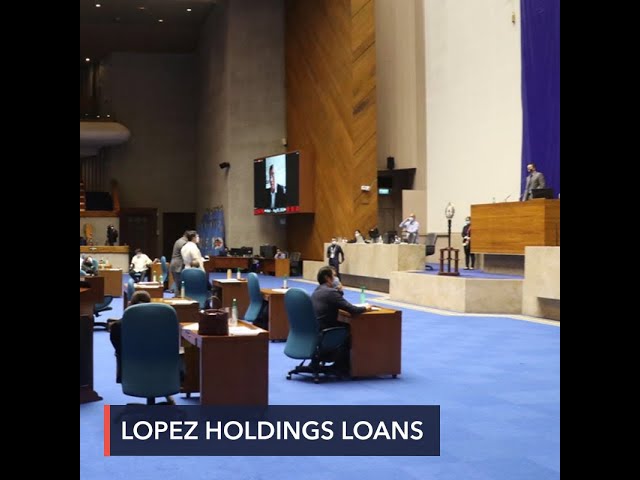 State-run Development Bank of the Philippines (DBP) denied that it condoned or wrote off loans of the Lopez Group of Companies back in the early 2000s.

DBP President Emmanuel Herbosa told this to lawmakers on Monday, January 18, as the House of Representatives continued its probe into the Lopez family’s conglomerate after shutting down its TV business ABS-CBN.

Drivers United for Mass Progress and Equal Rights-Philippines Taxi Drivers Association (Dumper PTDA) Representative Claudine Bautista was the one who requested the investigation, alleging that Filipinos lost at least P1.6 billion after the DBP supposedly condoned the loans of the Lopez Group.

President Rodrigo Duterte said in 2019 that he would order a probe into the matter, almost two decades after the supposed move. (READ: Duterte slams Lopez Group anew for past DBP loans)

Herbosa, however, explained that the DBP actually “sold” the loans to a global financial firm, Lehman Brothers, through special purpose vehicle (SPV) companies.

The Bangko Sentral ng Pilipinas echoed the DBP’s response, adding that Republic Act No. 9182 or the SPV Act of 2002 granted tax exemptions and fee privileges to SPVs for financial institutions to dispose of bad loans and non-performing assets.

“The law provided the avenue for Philippine banks to dispose [of] non-performing assets to be more liquid…. It’s not a loan condonation, we sold it with a P3.83-billion bid in favor of DBP,” Herbosa said.

The loans of the Lopez Group and its former subsidiaries are part of the P9.55-billion debt from 2,000 borrowers that were sold to Lehman Brothers for just a third of the cost.

Among the companies that benefited from the deal were Maynilad Water Services (now with Manny Pangilinan’s MVP Group), Bayan Telecommunications (now with the Ayala Group through Globe Telecom), and Central CATV (now referred to as Sky Cable Corporation).

Simply put, Lehman Brothers bought the loans from the DBP at a discount. The Lopez-owned companies involved then had to pay up to Lehman Brothers instead of the DBP through a different restructuring agreement.

While the DBP incurred losses in the deal, the use of SPVs helped the state-run bank get some cash back fast amid souring debt.

Note that the deals were made in the early 2000s or during the global and Asian financial crises, when the world economy crashed and governments had to find ways to support financial institutions.

Defensor also pressed officials on how much the DBP had foregone, since offloading debt to SPVs meant that the bank would not be getting back all of its cash. He also asked them if all other means, such as going after collateral or cash, were exhausted before resorting to using SPVs.

However, Herbosa said they no longer have the documents since these were turned over to Lehman Brothers.

Copies were also destroyed 10 years after the deal was made, in accordance with the national archive policy.

Lopez Holdings president Emmanuel Tirona also said they are unable to submit documents, but assured lawmakers they would look for whatever documents they may still hold.

Were the deals problematic? The DBP insisted that the Commission on Audit found no irregularity, but some lawmakers like Defensor were not convinced.

(If we don’t have proof, let’s not waste Congress’ time on these allegations.)

The use of SPVs to help banks is currently being revived amid the coronavirus pandemic. (READ: [ANALYSIS] FIST: A law to prevent financial crises in an economy lacking strong fiscal stimuli)

The Financial Institutions Strategic Transfer Act or FIST aims to prevent massive loan defaults and bankruptcies which result in the destabilization of the financial system. – Rappler.com