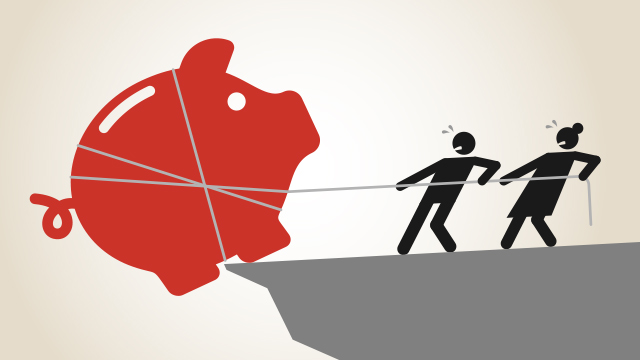 MANILA, Philippines – The country’s largest business groups called on the Aquino administration to reform taxes to make the system fair and competitive with its ASEAN neighbors.

In a statement on September 23, various groups such as foreign business chambers representing business people from Europe, US, Japan, Canada, as well as the Management Association of the Philippines, expressed their “support for the for various income tax reform measures pending in Congress to restore fairness in the Philippine tax system”. (READ: Prioritize public over credit ratings, Angara tells gov’t)

The following groups have thrown their weight behind the statement:

In particular, the groups are asking the government to do the following:

Malacañang earlier rejected a House bill that seeks to lower income tax rates in the country, and President Benigno Aquino III had earlier commented that he was not convinced of the merits of cutting income tax arguing instead for the need to improve tax collection. (READ: Lower income taxes? Aquino ‘not convinced’ it s a good idea)

The inherent inequity in the tax system is brought about by the fact that the top bracket of P500,000 ($10,676) has remained unchanged since 1986, the statement read.

Since that time inflation has risen by more than 300% resulting in “bracket creep,” as inflation has pushed up nominal wages and salaries into higher tax brackets –  causing increases in taxable income but with no increase in purchasing power.

“Effectively, the government has been unjustly relying on inflation to collect more taxes from salaried workers, who bear the bulk of the tax burden among individual taxpayers, rather than through efficient tax administration,” the statement read.

Instead of manually adjusting tax brackets, the statement read, “bracket creep” can easily be fixed through a system of index-linked tax brackets.

Automatic indexing every 3 years of tax brackets on the basis of the Consumer Point Index (CPI) will ensure that taxes will raise only as the real income of salaried individuals increase.

Highest in the region

The groups also pointed out the uncompetitive nature of the current tax system in the region.

Reducing both will make the local workforce and corporations doing business in the Philippines competitive with their ASEAN neighbors, the groups added.

The government has warned that cutting taxes would lead to a higher budget deficit due to loss of tax revenue and could lead to lower credit ratings.

The business groups refute this. They said studies have shown that a reduction in tax rates, together with the simplification of the tax system, will help spur tax compliance, broaden the tax base and improve tax effort.

A reduction in the rates, the statement read, “will also increase disposable income for domestic purchases of goods and services that will, in turn, increase the government’s tax take of consumption taxes.”

Reform should not have pre-conditions

“While Congress considers other revenue raising measures and contemplates lifting the secrecy of bank deposits to combat tax evasion, these proposals should not be pre-conditions to immediately enacting pending measures in Congress to correct the inequality in the tax system.”

The government is estimated to lose at least P30 billion (P639.13 million) during the first year of its implementation.

The government should find other means of boosting revenue that would not harm the poor sectors of society, the groups said.

One suggestion they gave was to impose additional excise tax on gasoline as fuel prices are expected to stay very low for at least several more years.

The Confederation for Unity, Recognition and Advancement of Government Employees (COURAGE) also supported the statement but with reservation on the recommendation to increase excise tax on gasoline. – Rappler.com