VERSAILLES, France – European Union leaders pledged on Friday, March 11, to cut their dependence on global suppliers of food, microprocessors, drugs, raw materials, and digital technologies, as Russia’s invasion of Ukraine added a new argument for the EU to be more self-reliant.

The 27-nation bloc has been considering how to become more independent in several strategic areas ever since the COVID-19 pandemic showed that a breakdown of global supply chains could leave the EU without access to pharmaceuticals or microchips.

The war in Ukraine only made that more clear, EU officials said, as Europe will now struggle to wean itself off Russian gas, oil, coal, and raw materials, and possibly find alternative suppliers of wheat.

“In the context of this crisis we are seeing how our food, our energy, our defense are all issues of sovereignty,” French President Emmanuel Macron told journalists after hosting an EU summit at the Chateau of Versailles.

“We want to be open to the world, we want to choose our partners but not depend on any,” he added.

European Commission head Ursula von der Leyen said the commission would come up with a plan by mid-May to phase out the EU’s dependency on Russian gas, oil, and coal in five years.

Meanwhile, to prepare for next winter, plans will be made to coordinate European countries’ currently fragmented network of gas stocks. In the future, underground stocks would have to be filled to at least 90% by October 1 each year, von der Leyen said. 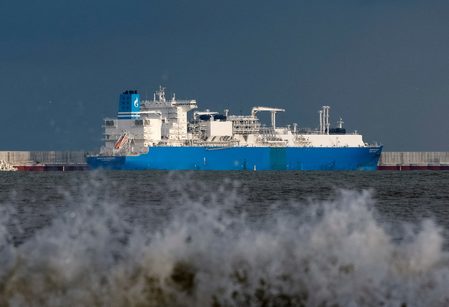 A joint declaration agreed at the summit said the EU would reduce its dependence on imported critical raw materials through strategic partnerships, stockpiling, recycling, and resource efficiency.

In semiconductors the EU wants to build its own factories and double its share of the global market to 20% by 2030, the declaration said. Semiconductors are now mainly bought from Taiwan and the United States.

The EU will also make more pharmaceuticals in the bloc rather than importing them from China, invest in research and development in the health sector and in digital technologies like artificial intelligence, Cloud, and 5G mobile telephony deployment, the document said.

To become more independent in food, the EU will boost production of plant-based proteins, it said.

It said the leaders want to finance such policies through the European and national budgets, using public money to attract much bigger private investment. They also want to use the European Investment Bank, which is owned by EU governments, “to catalyze investments, including higher risk-financing for entrepreneurship and innovation.”

France and Italy have been pushing for the EU to agree to new joint debt issuance for the expected increased outlays, modeled on the EU’s 800-billion-euro recovery fund, of which only 74 billion euros have been disbursed so far.

But others like Germany, Austria, the Netherlands, and the Nordic countries oppose that, arguing the EU should first use the cash already agreed before borrowing more.

Macron said countries first needed to agree on what and how much investment was needed before figuring out where it would come from. He said summits in March and May could be the opportunity to do that.

“When you agree on the objectives the instruments just follow,” he said.

The leaders’ joint declaration also said that their fiscal policy will have to give them leeway for more spending on defense, investment, and dealing with the negative economic effects of the war in Ukraine. – Rappler.com