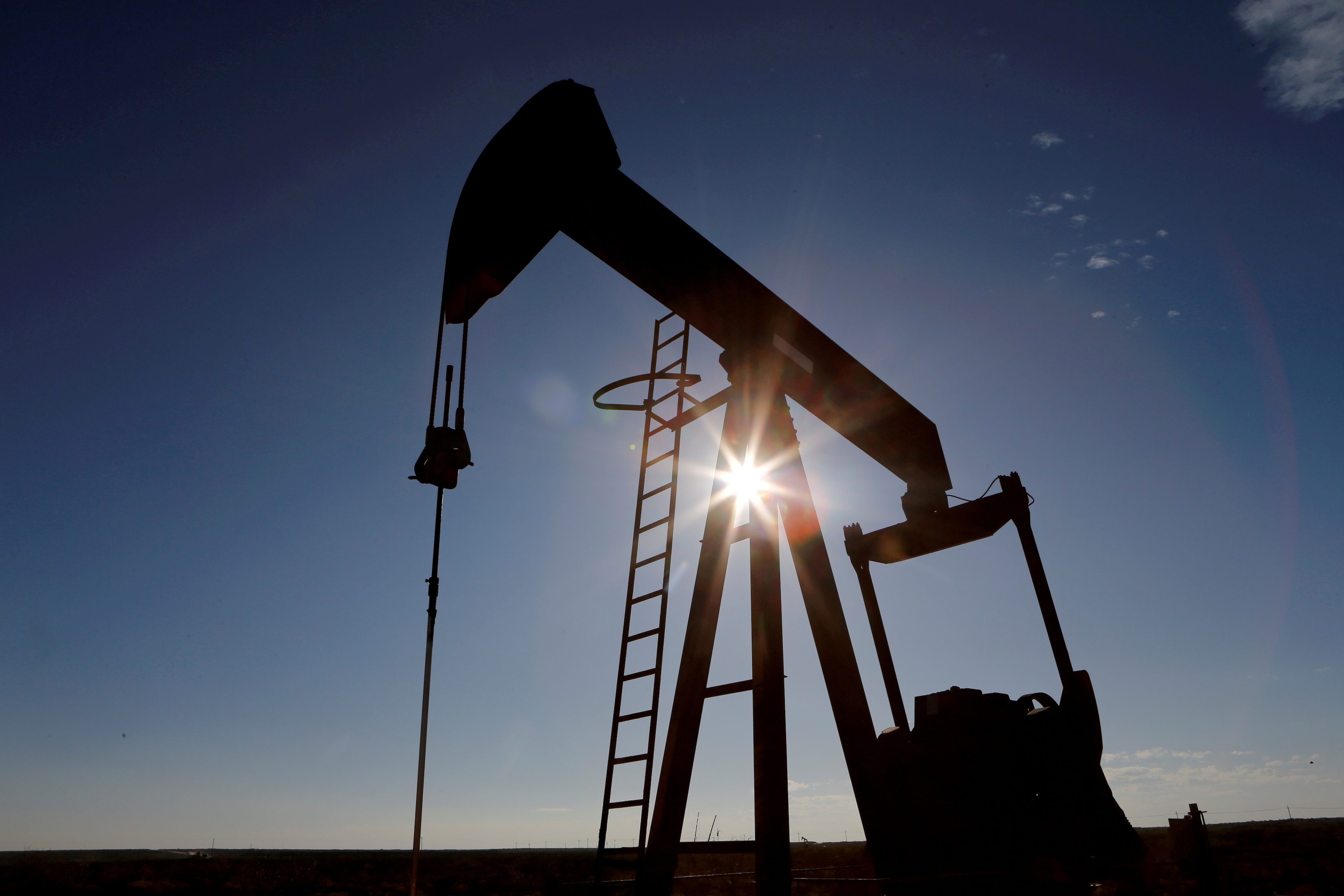 OIL. The sun is seen behind a crude oil pump jack in the Permian Basin in Loving County, Texas, November 22, 2019.

Facebook Twitter Copy URL
Copied
Fuel prices are back on the rise, and the options are few for United States President Joe Biden

NEW YORK, USA – Two months after US President Joe Biden announced an unprecedented effort among major oil consuming economies to work together to bring down rising fuel prices, prices are again approaching multiyear highs. And Biden has few options to stop the rally.

Global benchmark Brent crude passed $84 a barrel on Wednesday, January 12, and leading analysts are forecasting that oil could pass $100 a barrel in the first quarter.

Biden spearheaded a coordinated release of oil from strategic reserves with Japan, India, South Korea, Britain, and China in November that helped quell prices – even though, in the end, China did not take part.

Brent briefly dropped below $70 a barrel, but the effects were short-lived.

Rising oil prices present a political headache for Biden and any US president, because the United States is the biggest consumer of gasoline globally, burning roughly 9 million barrels per day (bpd) of the motor fuel. Crude prices make up about two-thirds of the price of gasoline, making the commodity’s price an important part of consumers’ budgets.

Republicans are pointing fingers at climate-focused policies supported by Biden, a Democrat, for rising prices, but the reality is that the oil market is linked to global factors beyond any US political party’s control.

Investors have been buying oil on expectations that the Omicron coronavirus variant will have a limited effect on global economic activity. Currently US pump prices are about 80 cents a gallon below their all-time record hit in 2008, but they are expected to rise.

Why are oil prices rising again?

Worldwide oil demand recovered to pre-pandemic levels at roughly 99 million bpd, but supply is at least a million bpd short of that, according to the International Energy Association.

Economists say the combination of strong demand, weak investment, and a lack of spare capacity has caused prices to rise. The Organization of the Petroleum Exporting Countries and its allies, including Russia, a group known as OPEC+, have been routinely falling short of targeted supply increases.

“OPEC+ remain steadfast in adding 400,000 bpd back to the market each month, but our data suggests that monthly additions tally closer to 250,000 bpd,” Mike Tran, commodity strategist at RBC Capital Markets, said in a note to clients.

US production averaged roughly 11.3 million bpd in the second half of 2021, compared with a peak of about 13 million bpd at the end of 2019.

Biden last year joined his predecessors who at one time or another pressed OPEC to raise output, with variable success.

The president announced several steps to try to bring fuel prices down in November. The White House, in conjunction with Japan, South Korea, and India, announced a release of barrels from its strategic reserves.

Biden had also said China would be involved, but the country, the world’s largest crude importer, said it would sell from its reserves on its own schedule.

The group cut supply by a record 9.7 million bpd in early 2020 as the pandemic broke out. It has been slowly restoring output, but currently OPEC+ is still withholding more than 3 million bpd in supply.

What are Biden’s other options?

Biden could increase sales from the US Strategic Petroleum Reserve (SPR). However, that supply is limited, and pales in comparison to the size of the global market.

SPR crude inventories have fallen to 593 million barrels, their lowest since November 2002.

Biden’s announcement in November was for a release of 50 million barrels in sales and loans – roughly half of one day’s global consumption.

The president could also consider a federal gas tax holiday; the federal excise on gasoline is 18.4 cents a gallon.

In 2008, lawmakers floated this idea in response to a surge in prices that brought gasoline costs to more than $4 a gallon – but because refiners cannot quickly produce more gasoline, such a move would likely only boost demand, which would ultimately send prices higher, economists have argued. – Rappler.com