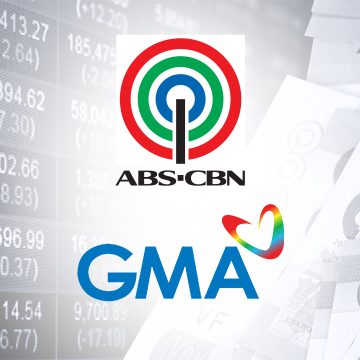 Facebook Twitter Copy URL
Copied
'The closure of biggest rival, ABS-CBN...also contributed to the increase in sales due to the shift in some advertising placements,' says GMA

GMA Network acknowledged that it benefited financially due to the shutdown of rival ABS-CBN.

The Kapuso network saw its net income surge by 79% to P3.9 billion in the first 3 quarters of the year, documents submitted to the Philippine Stock Exchange showed.

Meanwhile, the Kapamilya network reported a net loss of P7.3 billion in the January-September period, a reversal from the P2.4-billion profit a year ago.

“The closure of biggest rival, ABS-CBN, due to the expiration of their broadcast franchise last May 5 and the subsequent denial last July 10 by the House committee on legislative franchises of ABS-CBN’s new application also contributed to the increase in sales due to the shift in some advertising placements,” GMA said.

ABS-CBN likewise trimmed expenses by 23% and paused the production of new content.

The TV industry’s earnings were expected to fall in 2020, as companies spend less on advertising during the coronavirus pandemic. There are also no political advertisements this year, too.

But the House rejecting the franchise renewal of ABS-CBN ultimately distorted the market.

“These events, in addition to the COVID-19 pandemic that the country is facing, drove down both the advertising and consumer revenues of the company,” ABS-CBN said. (READ: ABS-CBN’s battle is also ours) – Rappler.com