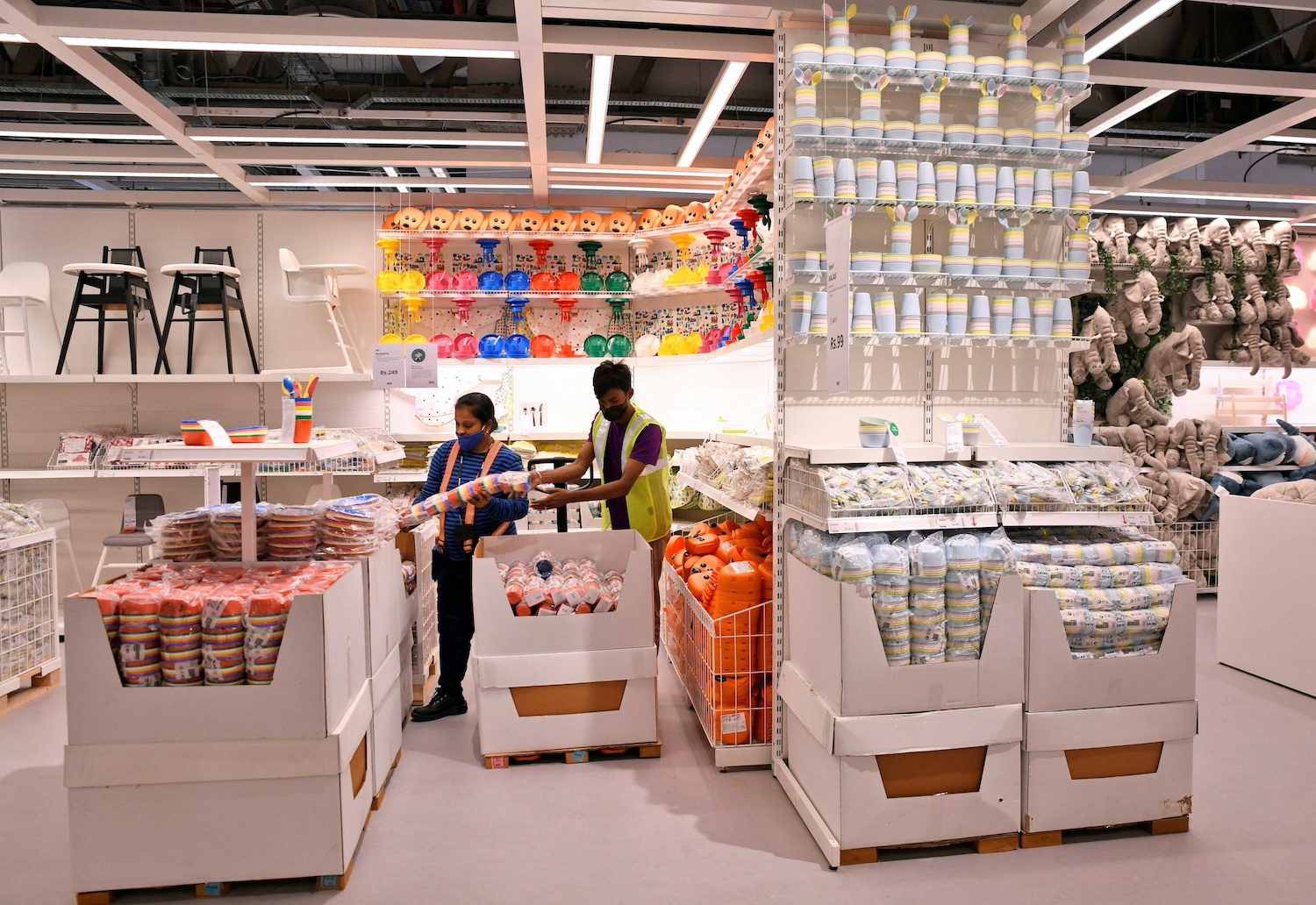 Facebook Twitter Copy URL
Copied
High import duty has always been a sore point for global corporates to operate in India, with import tax on furniture at 25%

The company’s fourth Indian store, its biggest, opened in the Indian tech hub of Bengaluru in Karnataka on Wednesday, June 22, four years after IKEA entered the Indian market.

The store is spread over 460,000 square feet and has a wide selection of the brand’s home products and furnishings, including the popular Billy bookcase and Fargrik mugs.

The furniture maker is betting big on home furnishings in Bengaluru, where rental spaces are more affordable and bigger than Mumbai, where IKEA has two stores.

As prices soar, the average Indian is becoming more conscious of spending on non-essential items.

India’s retail inflation eased marginally in May, after touching an eight-year high of 7.79% in April, but remained above the central bank’s tolerance band for a fifth month in a row.

“We need to work on local sourcing which will help us to lower prices even more. We are working with our own costs to keep them down as much as possible, so that is how we navigate with affordability,” Susanne Pulverer, chief executive officer and chief sustainability officer at IKEA India, told Reuters in an interview on Tuesday.

IKEA sources about 25% to 27% of its products locally with five suppliers in Karnataka and aims to get at least half of its sourcing done locally in the long term.

Still, high import duty has always been a sore point for global corporates to operate in India, with import tax on furniture at 25%.

“Import duty has an impact on prices and competition and it is not a fully open market but it is a part of doing business,” Pulverer added.

“The last year has impacted prices and we have absorbed a lot and adjusted some where we can.” – Rappler.com