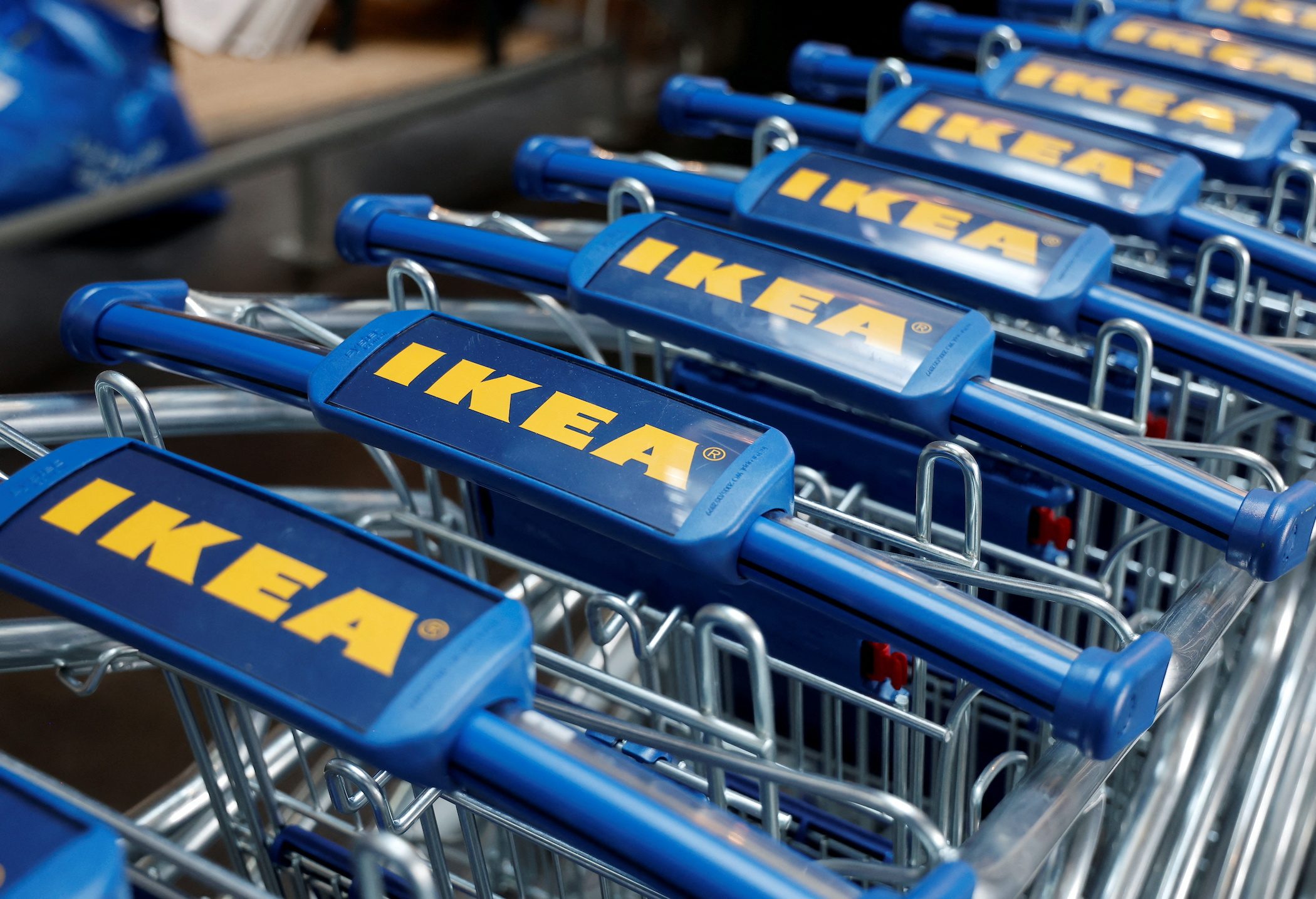 IKEA. The company's logo is seen on shopping trolleys during the opening of an IKEA store in Nice, France, May 11, 2022.

Facebook Twitter Copy URL
Copied
'Unfortunately, the circumstances have not improved, and the devastating war continues,' says Ingka Group, which owns all IKEA stores in Russia

STOCKHOLM, Sweden – IKEA said on Wednesday, June 15, it would sell factories, close offices, and reduce its 15,000-strong workforce in Russia, the latest move by the world’s biggest furniture brand to cut its operations there following Moscow’s invasion of Ukraine.

The move comes after IKEA temporarily closed stores and paused sourcing in Russia, joining a mass corporate exodus as Western companies rushed to comply with Western sanctions and amid threats the Kremlin would seize foreign assets.

The Swedish company has continued paying employees and will do so until the end of August.

On Wednesday, it said it did not see any possibility to resume sales in the country, where it opened its first store in 2000, in the foreseeable future.

As a result, brand owner Inter IKEA, which is also in charge of supply, said it would now start looking for buyers for its four factories, permanently close two purchase and logistics offices in Moscow and Minsk, and cut staff.

IKEA has 15,000 employees in the country, of which 12,500 work at Ingka Group which owns all IKEA stores in Russia.

“Unfortunately, the circumstances have not improved, and the devastating war continues. Businesses and supply chains across the world have been heavily impacted and we do not see that it is possible to resume operations any time soon,” Ingka Group said in a statement.

Still Ingka, also one of the world’s biggest shopping center owners, is keeping its 14 malls in Russia, branded “MEGA,” open.

The company said it wants to ensure people have access to basics they need, including clothes, groceries, and pharmacies, but it is continuously evaluating the situation.

It also declined to comment on its plans for the 17 shuttered stores, saying in an email it was “exploring various options.”

The steps so far differ from some other major Western companies, such as McDonald’s and French carmaker Renault, which have sold their assets to local buyers and quit the country entirely.

The retail business remains paused, IKEA said, but hinted it may open the doors for Russians for a final time.

“To ensure necessary business processes, we are organizing the sale of homeware goods that are in our warehouses to employees and customers. Dates will be announced soon,” IKEA said.

It said it may donate some stock to people in need.

But selling surplus inventory and generating revenue there may raise eyebrows given the public and political pressure on companies not to make money from doing business in Russia.

“We considered a wide range of options before taking the decision to sell off the stock, and there was no other viable solution,” the company said in the email. – Rappler.com