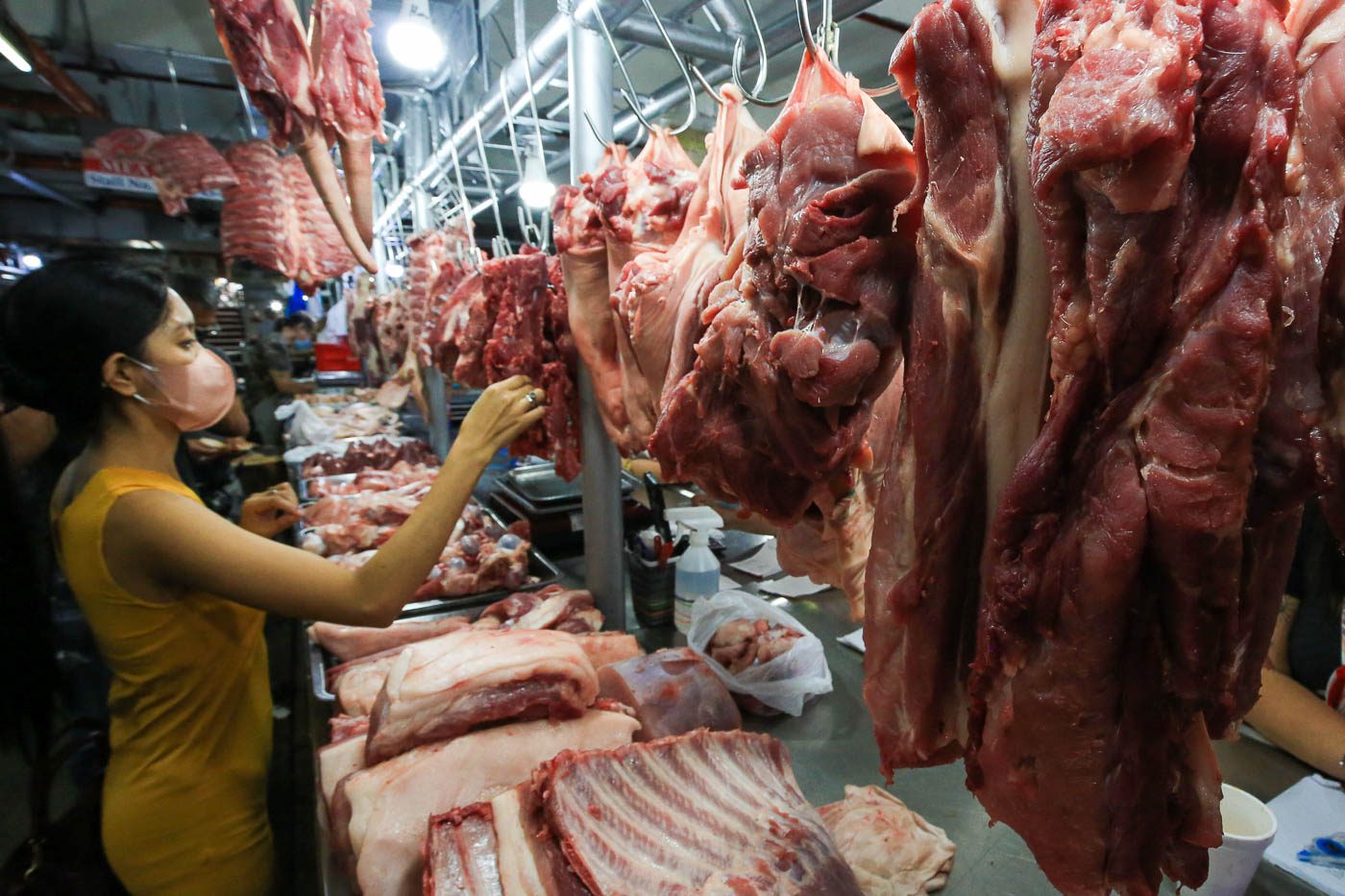 MEAT. Assorted meat cuts are seen for sale at the Arranque Market in Manila on November 8, 2022.

MANILA, Philippines – The Philippines’ inflation rate jumped further to 8% in November 2022, the highest recorded since November 2008 or in 14 years.

Year-to-date, average inflation stands at 5.6%, above the government’s target range of 2% to 4%.

The Philippine Statistics Authority (PSA) on Tuesday, December 6, attributed the spike to the inflation rate of food and non-alcoholic beverages, which surged to 10% in November from 9.4% in October.

Restaurants and accommodation services also rose to 6.5% in November from 5.7% in October.

Reacting to the inflation rate, President Ferdinand Marcos Jr. said in a speech on Tuesday that it is “running rampant and out of control.”

“The main drivers of that inflation, unfortunately, are still imported,” he also said.

The Russia-Ukraine war has triggered price shocks worldwide, but experts have been calling on the Marcos administration to do more to combat rising prices in the Philippines.

While there was a spike in the national inflation rate, the National Capital Region (NCR) saw a slight easing to 7.5% in November from 7.7% in October, driven by slower increases for the following:

In areas outside NCR, the inflation rate followed the national trend, rising to 8% in November from 7.6% in October. A year ago, it was at 4%.

The PSA said the higher inflation rate in areas outside NCR was primarily due to faster increases for the following:

The Bangko Sentral ng Pilipinas (BSP) earlier estimated that inflation would fall within the range of 7.4% to 8.2% in November.

In a statement on Tuesday, the BSP said it sees inflation slowing down in the coming months “due to easing global oil and non-oil prices, negative base effects, and as the impact of [its] cumulative policy rate adjustments work its way to the economy.”

But the central bank also noted that “the risks to the inflation outlook remain tilted to the upside for 2023.”

“Higher food prices from further domestic weather-related disturbances and supply disruptions in key food commodities such as sugar and meat, as well as pending petitions for transport fare hikes were also identified as upside risks to the inflation outlook in the latest round.”

The BSP’s Monetary Board will next meet on December 15. – Rappler.com