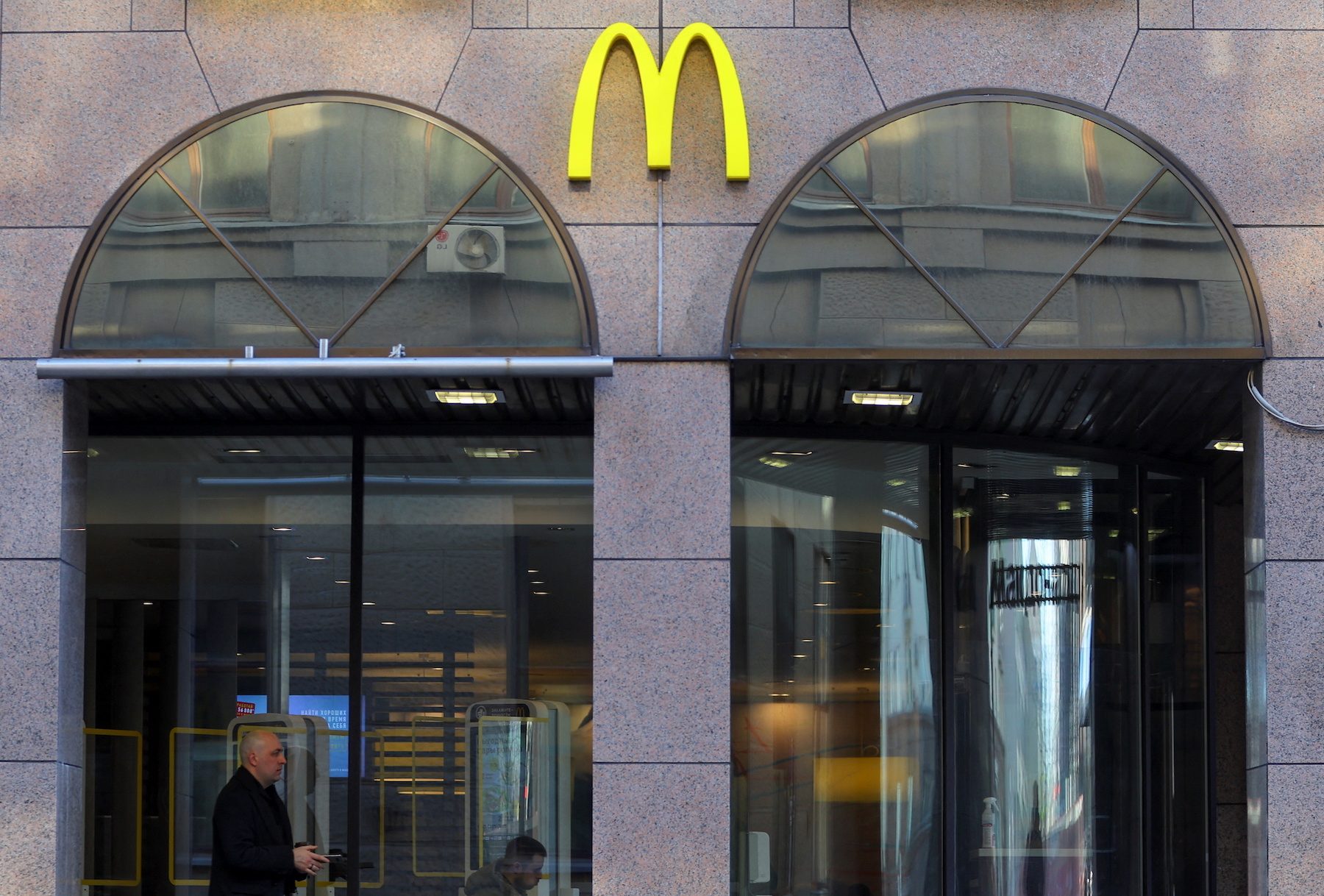 Facebook Twitter Copy URL
Copied
McDonald's runs 84% of its Russian locations itself and says it will continue paying all of its 62,000 staff and restaurant employees there

NEW YORK, USA – McDonald’s Corporation said on Wednesday, March 9, that the temporary closure of its 847 stores in Russia will cost the fast-food chain about $50 million a month.

A cascade of major American brands, including Starbucks, PepsiCo, and Coca-Cola, followed McDonald’s on Tuesday, March 8, in saying they would cease some or all business in Russia following Moscow’s invasion of Ukraine.

McDonald’s, an icon of the post-Soviet era, runs 84% of its Russian locations itself and said it will continue paying all of its 62,000 staff and restaurant employees there. Other costs will come from sites it leases and supply chain operations, chief financial officer Kevin Ozan said during a UBS conference on Wednesday.

“This is a really challenging and complex situation for a global company like us,” he said.

Seven other fast-food brands with more than 2,600 outlets combined in Russia could also take a financial hit from any decisions to pull out, even though nearly all of those restaurants are owned and operated by independent franchisees.

Papa John’s International said in a regulatory disclosure on Wednesday that it could end up having to absorb the cost of $15.2 million of receivables associated with its master franchisee in Russia, which runs all of its 188 restaurants there.

Royalties from the franchisee made up less than 1% of Papa John’s total revenue in 2021, the company said.

The pizza chain also said Wednesday that it ceased all operational, marketing, and business support to – and engagement with – the Russian market, and that it is not receiving any royalties from restaurants there. Its Russia franchisee owns and operates its own supply chain. – Rappler.com