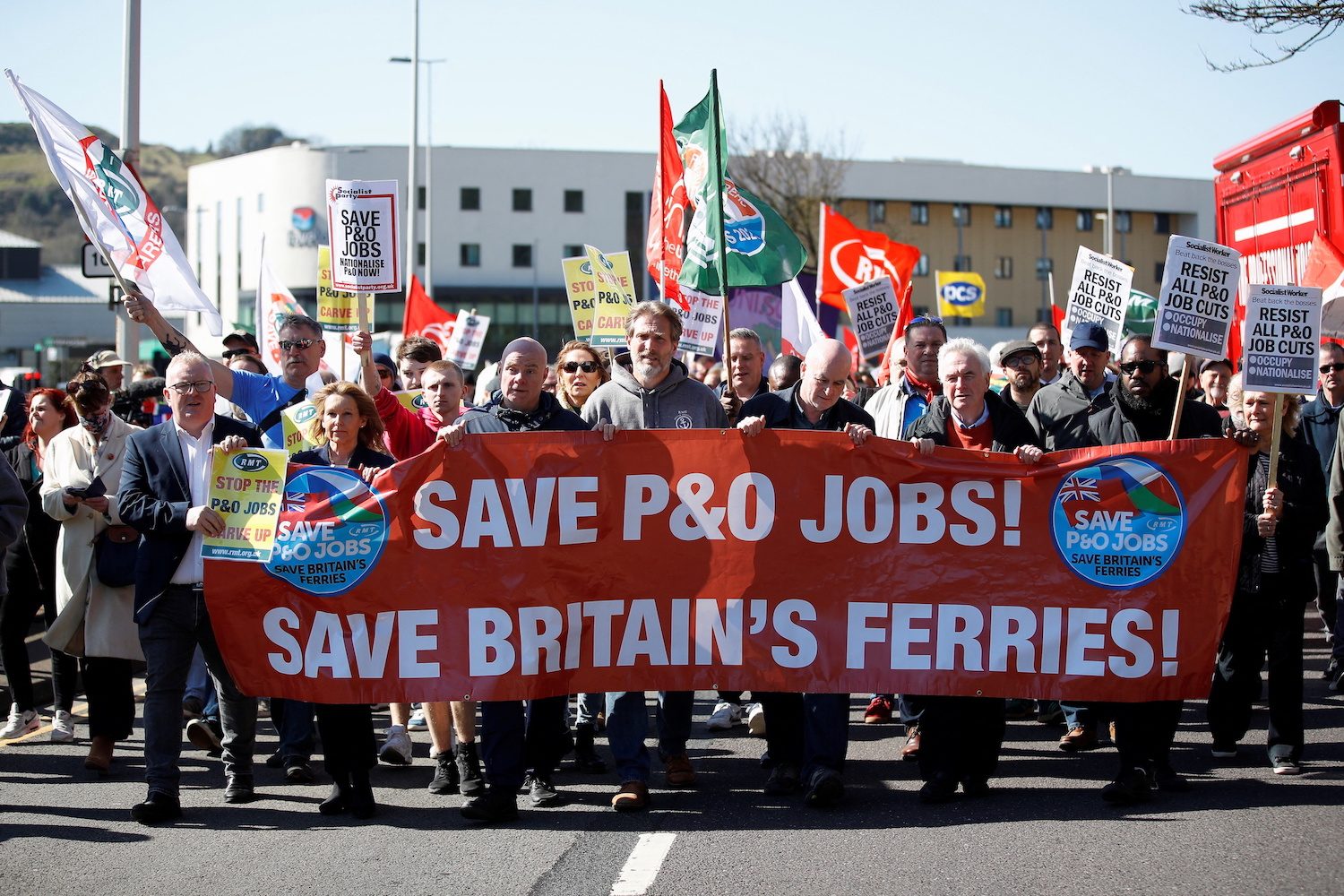 PROTEST. Member of Parliament for Dover Natalie Elphicke takes part in a protest following an announcement made by P&O Ferries, in Dover, Britain, March 18, 2022.

P&O, which is owned by Dubai ports firm DP World, is recovering from a difficult two years when COVID-19 prevented tourists from traveling on its routes between Britain, France, Ireland, and elsewhere in northern Europe.

P&O said on Thursday, March 17, it had lost 100 million pounds ($131 million) in the last year and that without changes its business was not sustainable. Staff were reportedly told its ships would instead be crewed by a third-party contractor to cut costs.

In Dover, Britain’s busiest ferry port, about 150 protesters gathered and truck drivers honked their horns in support but services operated by other carriers were not visibly disrupted. Demonstrations also took place in the English ports of Liverpool and Hull, and the Northern Irish port of Larne.

“Yesterday’s events should also mark a sea change in how we treat workers in this country,” said Mick Lynch, general secretary of the RMT Union.

The overarching Trade Union Congress called for workers’ rights to be strengthened, including via a new law to end the so-called “fire and rehire” practice which some firms have used to re-employ workers at lower wages to cut post-pandemic costs.

Transport minister Grant Shapps said he was shocked and dismayed by P&O’s actions: “Sacked via a pre-recorded Zoom video with just 30 minutes notice – no way to treat employees in the 21st century.”

Prime Minister Boris Johnson’s office said the government was looking at whether the sackings were lawful before deciding on any further steps.

DP World did not immediately respond to a request for comment on Friday.

The operator suspended its routes between Britain and the European Union and British province Northern Ireland, which are key for the flow of goods.

While there are alternative channel crossings to Europe for good vehicles, reduced capacity could affect supply lines.

“A prolonged interruption to P&O services, which are an important part of UK supply chains, could eventually impact the flow of goods,” said Andrew Opie, director of food and sustainability at the British Retail Consortium.

There are fewer alternative routes between Britain and Northern Ireland. – Rappler.com