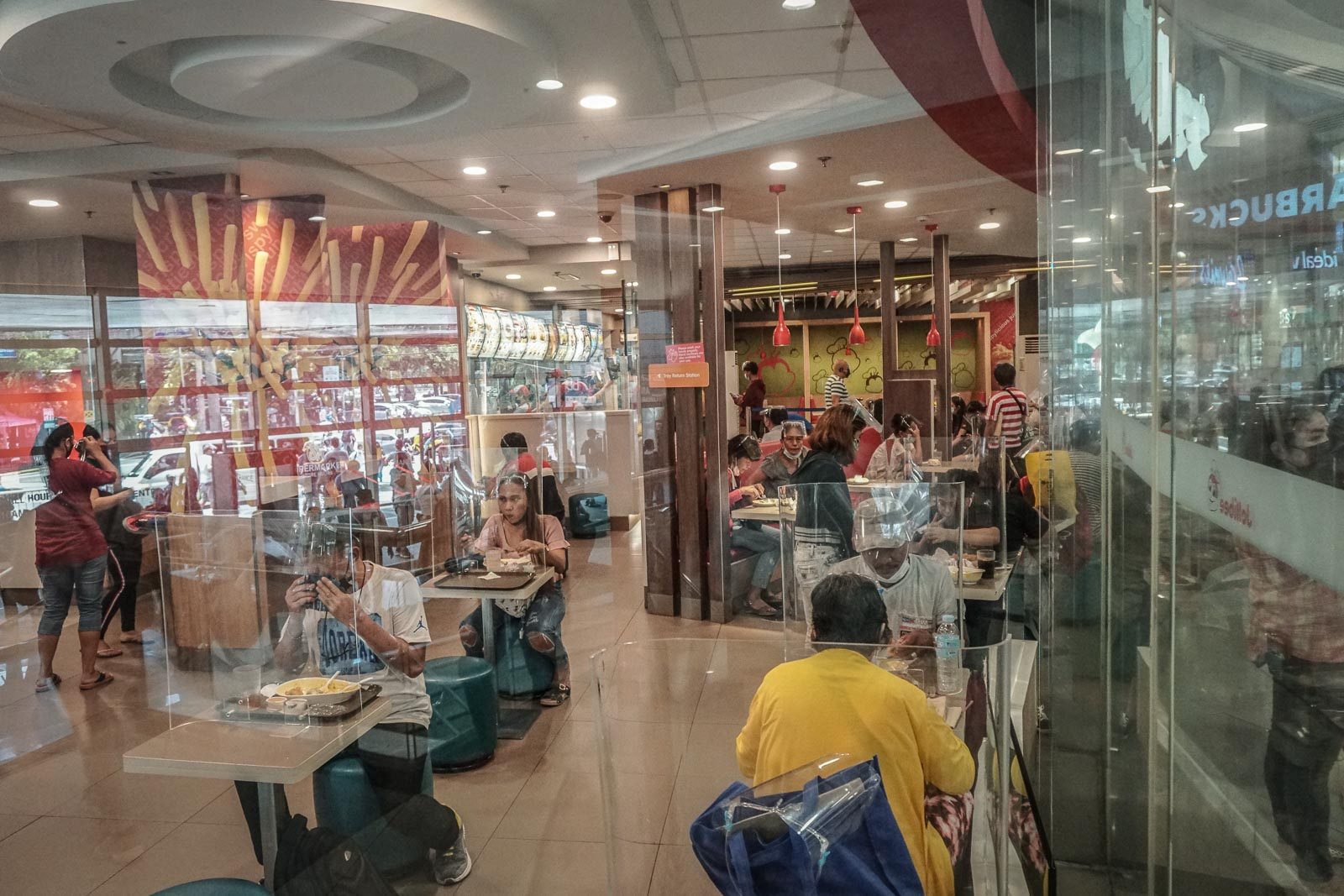 Economists are pointing to revenge spending by Filipinos eager to go out after almost two years of lockdowns.

But while growth posted a welcome surprise, it is worth noting that some sectors, like transportation and restaurants, have not yet fully recovered. Signs of businesses being cautious in spending are also seen in the latest figures by the Philippine Statistics Authority.

Socioeconomic Planning Secretary Arsenio Balisacan even emphasized that while GDP growth in the third quarter blew past expectations, the Philippines still faces burden in the form of high inflation, brought about by external risks and recent typhoons.

“Let me reiterate, however, that achieving economic growth is a necessary but not sufficient condition to achieve our greater goal, which is to reinvigorate job creation and reduce poverty,” Balisacan said in a briefing on Thursday, November 10.

Household consumption was up 8% year-on-year despite inflation averaging 6.5% during the third quarter. Household spending delivered 5.9 percentage points of the 7.6% growth.

Broken down further, spending on recreation and culture (46%), restaurants and hotels (38.2%), and transport (20.5%) were able to offset the slowdown on spending for basic food items (3.9%).

“It looks like Filipinos will just take higher prices and rates in stride, grin and bear them as we try to revert to pre-COVID lives,” Mapa said.

But how are households spending much amid inflation?

Mapa said that overseas Filipino remittances may have been supercharged by a more favorable exchange rate.

“However, we believe that consumers are also digging deeper into savings, which unfortunately have yet to return to pre-COVID levels. For now, it appears that households can fund extended revenge spending activities by drawing down on savings for a little longer, but this could increase their vulnerability to potential shocks to income down the road,” Mapa said.

JC Punongbayan, Rappler columnist and University of the Philippines School of Economics assistant professor, also noted that Filipinos are somewhat not yet “turned off” by higher interest rates set by the Bangko Sentral ng Pilipinas.

Mapa attributed the growth to reopening firms and households pushing projects after two years of delays.

Bank of the Philippine Islands chief economist Jun Neri said in a research note that easing of restrictions led to a 313% increase in travel receipts, effectively tempering the overall trade deficit.

Not all have recovered

Neri pointed out that not all industries have returned to pre-pandemic levels.

“For instance, the output of the restaurant and hotel industry is still 29% below its level in Q4 2019. It might take two more years for businesses in this industry to recover what they’ve lost during the pandemic,” Neri said.

Real estate construction has also not recovered in full, with their economic output at 89% of pre-pandemic levels.

“Some property developers have had to stretch the payment terms of their clients, thereby affecting their cash flow. This has forced them to delay some of their projects. That’s why investment spending has also not reverted to pre-COVID level,” Neri said.

Investment spending is still 9% below the pre-pandemic level. Neri said businesses have not matched the level of spending that they had on construction and other fixed assets before the pandemic.

“A possible explanation for this is that it usually takes time for businesses to ramp up capital expenditures since it involves planning and an approval process. But, at the same time, some businesses are probably still focused on recuperating their losses in the past two years, preventing them from spending aggressively,” he said. – Rappler.com