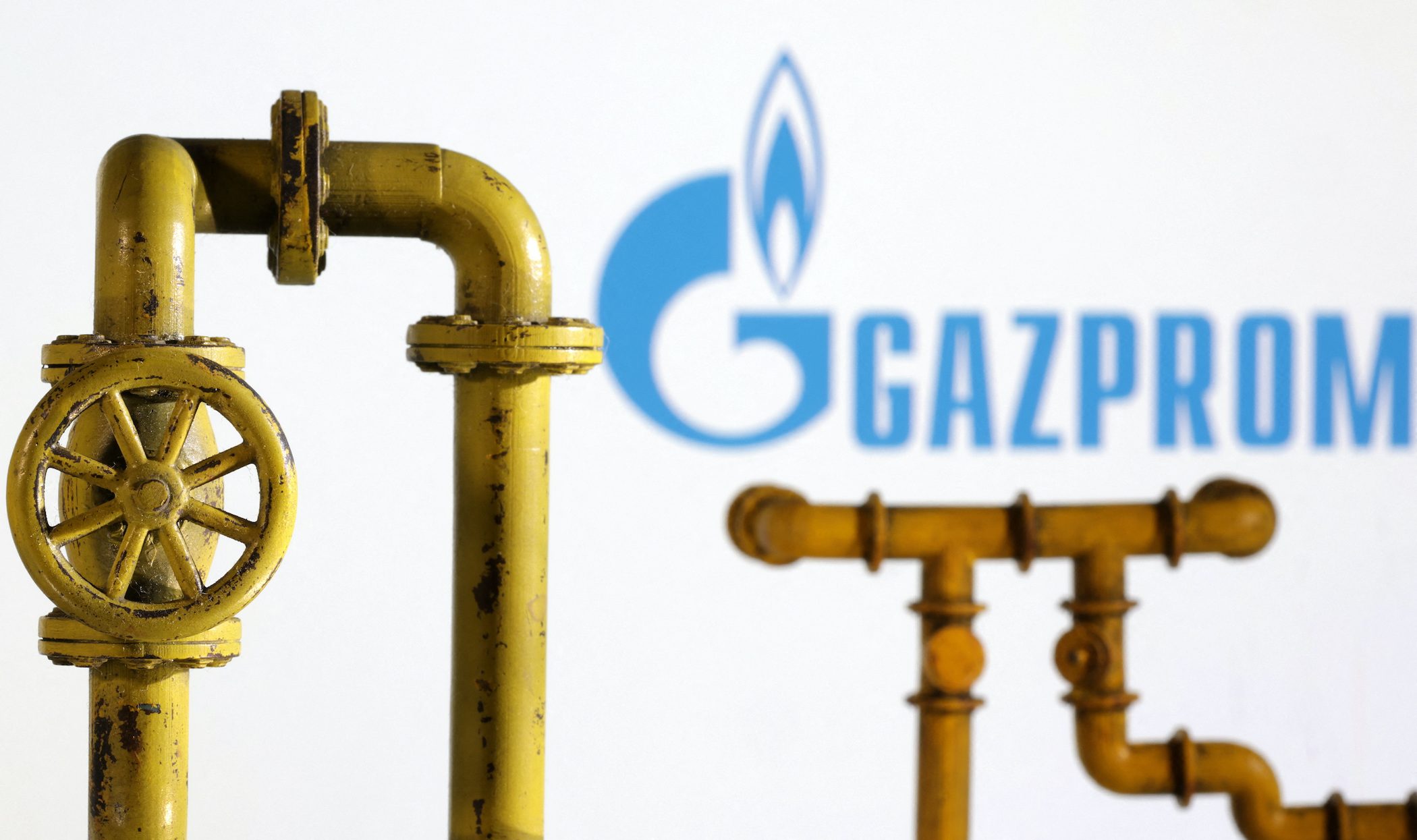 Facebook Twitter Copy URL
Copied
Gazprom retroactively declares force majeure on supplies from June 14, adding to fears in Europe that Russia may not restart the Nord Stream 1 pipeline at the end of its maintenance period

LONDON, United Kingdom – Russia’s Gazprom has told customers in Europe it cannot guarantee gas supplies because of “extraordinary” circumstances, according to a letter seen by Reuters, upping the ante in an economic tit-for-tat with the West over Moscow’s invasion of Ukraine.

The Russian state gas monopoly said in a letter dated Thursday, July 14, that it was retroactively declaring force majeure on supplies from June 14. The news comes as Nord Stream 1, the key pipeline delivering Russian gas to Germany and beyond, is undergoing 10 days of annual maintenance scheduled to conclude on Thursday, July 21.

The letter added to fears in Europe that Moscow may not restart the pipeline at the end of the maintenance period in retaliation for sanctions imposed on Russia over the war in Ukraine, heightening an energy crisis that risks tipping the region into recession.

Known as an “act of God” clause, force majeure is standard in business contracts and defines extreme circumstances that release a party from their legal obligations. The declaration does not necessarily mean that Gazprom will stop deliveries, rather that it should not be held responsible if it fails to meet contract terms.

Gazprom did not respond to a request for comment.

Russian gas supplies have been declining via major routes for some months, including via Ukraine and Belarus as well as through the Nord Stream 1 pipeline under the Baltic Sea.

A trading source, asking not to be identified because of the sensitivity of the issue, said the force majeure concerned supplies through Nord Stream 1.

“This sounds like a first hint that the gas supplies via NS1 will possibly not resume after the 10-day maintenance has ended,” said Hans van Cleef, senior energy economist at ABN Amro.

“Depending on what ‘extraordinary’ circumstances have in mind in order to declare the force majeure, and whether these issues are technical or more political, it could mean the next step in escalation between Russia and Europe/Germany,” he added.

Uniper, Germany’s biggest importer of Russian gas, was among the customers that said it had received a letter, and that it had formally rejected the claim as unjustified.

RWE, Germany’s largest power producer and another importer of Russian gas, also said it has received a force majeure notice.

“Please understand that we cannot comment on its details or our legal opinion,” the company said.

Gazprom cut Nord Stream 1 capacity to 40% on June 14, the date that Gazprom said in the letter to buyers would be the start of the force majeure.

Gazprom blamed sanctions for that reduction, citing the delay in the return of a gas turbine from maintenance in Canada by equipment supplier Siemens Energy.

Canada sent the turbine for the pipeline to Germany by plane on Sunday, July 17, after repair work had been completed, Kommersant newspaper reported on Monday, July 18, citing people familiar with the situation.

It will take another five to seven days for the turbine to reach Russia, the report said, provided there are no problems with logistics and customs. Germany’s economy ministry said on Monday it could not provide details of the turbine’s whereabouts.

But a spokesperson for the ministry said it was a replacement part that was meant to be used only from September, meaning its absence could not be the real reason for the fall-off in gas flows prior to the maintenance.

Austrian oil and gas group OMV, however, said on Monday it expected gas deliveries from Russia through the Nord Stream 1 pipeline to resume as planned after the outage.

“Gazprom’s motivations are uncertain, but the declaration will not have a material impact on the current landscape,” said Zongqiang Luo, gas analyst at consultancy Rystad Energy.

The European Union, which has imposed sanctions on Moscow, aims to stop using Russian fossil fuels by 2027 but wants supplies to continue for now as it develops alternative sources.

For Moscow and for Gazprom, the energy flows are a vital revenue stream as Western sanctions over Russia’s invasion of Ukraine, which the Kremlin terms a “special military operation,” have strained Russian finances.

According to the Russian finance ministry, the federal budget received 6.4 trillion roubles ($114.29 billion) from oil and gas sales in the first half of the year. This compares with a planned 9.5 trillion roubles for the whole of 2022.

The grace period for payments on two of Gazprom’s international bonds expires on Tuesday, July 19, and if foreign creditors are not paid by then the company will be technically in default. – Rappler.com