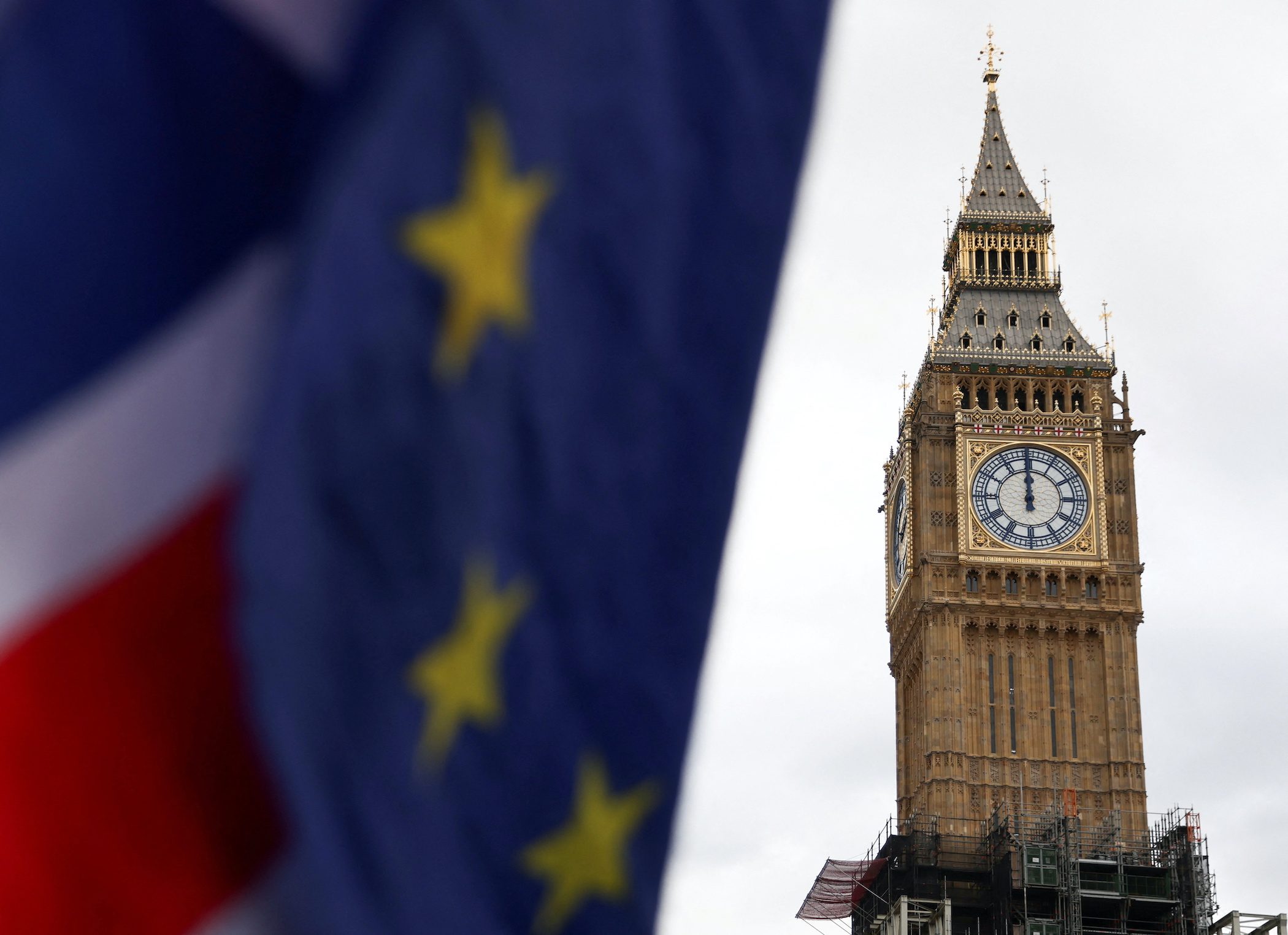 BREXIT. The European Union and Union Jack flags are flown outside the Houses of Parliament, in London, Britain, February 9, 2022.

Facebook Twitter Copy URL
Copied
In response, Britain's government says it is working on new legislation to boost growth, and that trade with the European Union is now above pre-pandemic levels

LONDON, United Kingdom – Britain is becoming a more closed economy due to Brexit, with damaging long-term implications for productivity and wages which will leave the average worker 470 pounds ($577) a year poorer by the end of the decade, a study forecast on Wednesday, June 22.

The report was written by London School of Economics associate professor Swati Dhingra – who will join the Bank of England’s Monetary Policy Committee in August – and researchers from the Resolution Foundation think tank.

The COVID-19 pandemic, which struck just after Britain left the European Union in January 2020, has complicated the task of analyzing the impact of Brexit.

New post-Brexit trade rules which took effect in January 2021 did not lead to a persistent fall in British trade with the EU compared with the rest of the world, the researchers said, in contrast to many analysts’ earlier expectations.

“Instead, Brexit has had a more diffuse impact by reducing the UK’s competitiveness and openness to trade with a wider range of countries. This will ultimately reduce productivity, and workers’ real wages too,” Resolution Foundation economist Sophie Hale said.

Britain’s government said in response to the report that it was working on new legislation to boost growth, and that trade with the EU was now above pre-pandemic levels.

“Since we left the European Union, we have begun seizing new opportunities to improve UK regulation for businesses and consumers through plans to enhance competition and harness new technology,” a spokesperson said.

Britain does not face tariffs on goods exports to the EU, but there are greater regulatory barriers.

The report said the net effect of these would lower productivity across the economy by 1.3% by 2030 compared with an unchanged trade relationship – translating to a 1.8% real-terms fall in annual pay of 470 pounds per worker.

These figures do not include any assessment of the effect of changed migration rules.

The impact for some sectors will be much starker. Britain’s small but high-profile fishing industry – many of whose members advocated strongly for Brexit – was likely to shrink by 30% due to difficulties exporting its fresh catch to EU customers, the report said.

By contrast, although highly regulated professional services such as finance, insurance, and law will find it harder to serve EU clients, their share of the British economy was only likely to drop by 0.3 percentage points to 20.2%. – Rappler.com