MANILA, Philippines  (UPDATED) – Tom Esconde and Olivia Medina were declared the winners of Century Tuna Superbods 2016 on Sunday, April 10 at the Palace Pool Club in Taguig.

The 26 contestants heated up the Palace Pool Club as they walked the runway in swimwear and evening resort wear. Right before the final winners were announced, there was also a question and answer portion. 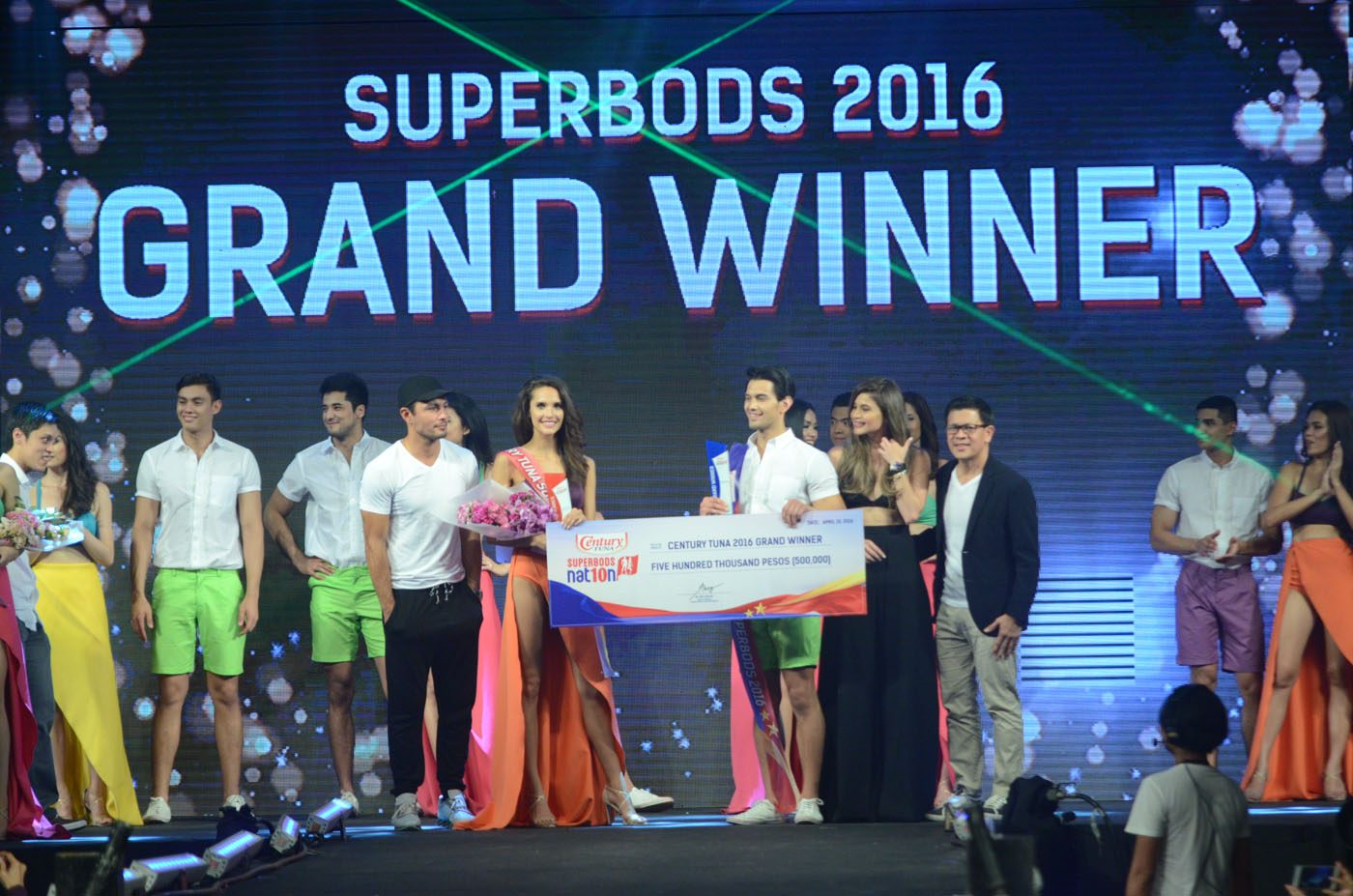 The 2014 winners Mauro Lumba and Sarah Polverini were there to pass their titles to Tom and Olivia.

Teresa Herrera hosted the show, together with Mark Nelson and Gelli Victor.

Both shared that they prepared for the challenges they faced by eating right and doing a lot of cardio.

“It was so exciting. I was so shocked. There were so many amazing candidates this year and it was very challenging but I’m so happy,” said Olivia, a Filipino-Canadian model.

Tom, a Filipino-Swedish technician, said: “I’m still in shock. It’s amazing. I’ve been working so hard for this and it’s just amazing.”

Special Awards were also given to the following: – with a report from Alexa Villano/Rappler.com