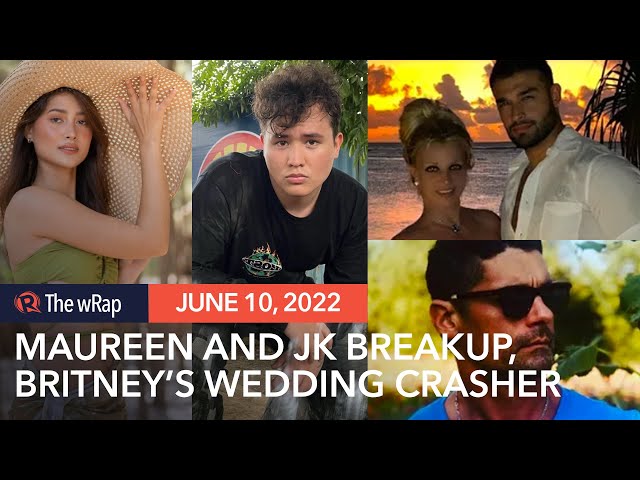 MANILA, Philippines – Britney Spears’ intimate wedding to her partner of almost six years, Sam Ashgari, was interrupted when ex-husband Jason Allen Alexander broke into the singer’s home in California where the ceremony was taking place on Thursday, June 9.

TMZ first broke the news and obtained video footage of Alexander’s Instagram livestream of his break-in, where he was stopped a couple of times by security telling him that he had to leave.

Alexander, however, did not leave and continued looking for Spears, shouting, “Where’s Britney?” while making it to the property’s second floor and wedding tent.

“I’m Jason Alexander, first husband. I’m here to crash the wedding,” he said as he shook hands with some of the people at the wedding preparation.

The livestream ended with an apparent physical struggle after he claimed to security that Spears had invited him. “Britney Spears invited me here. She’s my first my wife; my only wife. I’m her first husband. I’m here to crash the wedding,” he said.

According to TMZ’s report of the break-in, Alexander supported Spears’ fight against her father’s legal conservatorship during the #FreeBritney movement in August 2020.

Despite the unexpected drama, Spears and Ashagari’s wedding still pushed through and was attended by famous personalities such as Donatella Versace, Madonna, Paris Hilton, and Selena Gomez, among others.

The pair announced their engagement via Instagram in September 2021 but did not disclose a wedding date then. In April, Spears said that she and Iranian-born personal trainer Asghari were expecting a baby. A month later, the singer said she suffered a miscarriage.

Spears had two previous marriages. She wed childhood friend Alexander in Las Vegas in 2004, but that marriage only lasted for less than 55 hours. That same year, she married dancer Kevin Federline, with whom she had two children. That marriage ended in divorce in 2007. – with reports from Elle Guison/Rappler.com