Kris on Noynoy Aquino: ‘God blessed me because we made our peace’ Television personality Kris Aquino said that she and her older brother, former president Benigno “Noynoy” Aquino III, were able to make their peace before he died on Thursday, June 24.

“God blessed me because we made our peace, but that is private, and I would like to keep that for myself,” Kris said, speaking to reporters at Heritage Memorial Park in Taguig, where Noynoy’s remains are. 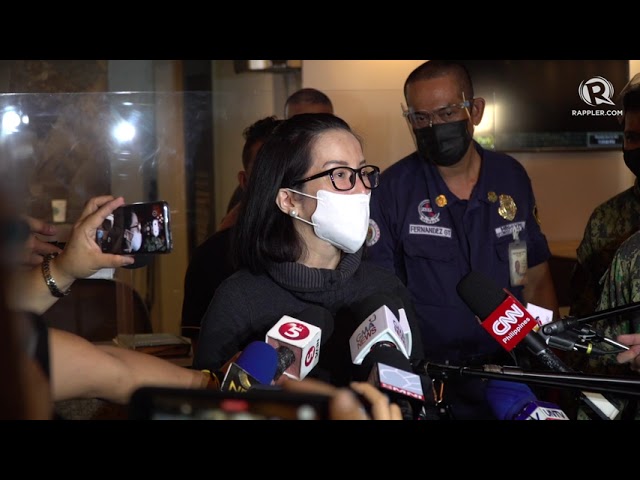 Kris has been open about her “complicated relationship” with her only brother, saying in 2018 that the they had not been “okay” for 3 months and that she had hurt him.

Kris did not go into detail about the cause of their rift, but around that time, she had been in a feud with broadcast journalist Korina Sanchez over the latter featuring Kris’ ex-husband James Yap on her show. Korina once dated Noynoy, and is wife of his close political ally and friend, Mar Roxas.

Ultimately though, Kris said she reconnected with her brother for the sake of her son Josh, who has a close relationship with him. She also thanked him at the time for his closeness to Josh.

At Noynoy’s wake, Kris said that she was grateful that they were able to make their peace.

“Nagpapasalamat ako na napatawad ako at minahal ako. To the end, ang tinuring niya sa akin ay ako ang kanyang bunso. Ipinangako ko sa kanya na gagawin ko ang lahat to just be even 1% of what he is as a man and as a Filipino,” she said.

(I am thankful that he forgave me and loved me. To the end, he treated me as his little sister. I promised him that I would do everything to just be even 1% of what he is as a man, and as a Filipino).

Kris also spoke about details of the former president’s wake, saying that their family was doing it “as privately as possible” to avoid a superspeader event during the coronavirus pandemic.

“We did not think it would happen this soon, and we are just trying our best na hindi magkaroon ng (there won’t be a) superspreader event,” she said.

“We would have wanted so much more for our brother,” she said, thanking both President Rodrigo Duterte and Executive Secretary Salvador Medialdea.

(Many thanks to Malacañang, because they reached out. We’re also thanking President Duterte, because we feel the sincerity of his condolences. Thank you to Executive Secretary Medialdea, because he offered us everything we wanted.)

“Under normal circumstances, Noy served in the Congress, Noy served in senate, he could have been lying in state in Malacañang. But nireresepeto namin na hindi pa lahat ng tao sa Pilipinas ay nababakunahan (we respect that not everyone in the Philippines has been vaccinated),” she said.

A one-day public viewing of Noynoy’s urn will be held at the Church of the Gesu at Ateneo de Manila University in Quezon City on Friday, June 25. It will also be live-streamed through the Radyo Katipunan Facebook page. – Rappler.com