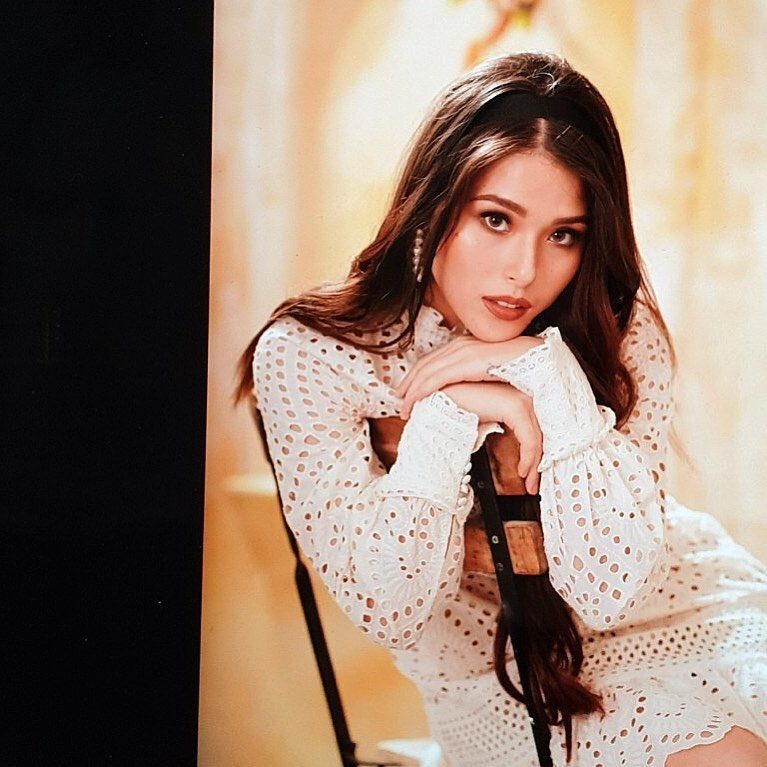 KYLIE PADILLA. The actress opens up about her relationship with estranged husband Aljur Abrenica.

Kylie Padilla addressed the cheating allegations being thrown towards her by estranged husband Aljur Abrenica, saying that she was never unfaithful during their relationship.

In a Kapuso Mo, Jessica Soho interview aired on Sunday, October 25, Padilla denied the accusations and said she would not apologize for something she did not do.

“In my defense, while we were formally married, I never had any extramarital relationships with other men. That is my truth and that’s what they keep throwing at me… Paano ako aamin sa bagay na hindi ko naman ginawa? Ang hirap non (Why would I admit to something I didn’t even do? That’s hard),” she said.

In a now-deleted Facebook post published on October 19, Abrenica challenged Padilla to “tell the truth” about “who cheated first” and who “wrecked” their family. The actor also hinted that Padilla is currently seeing someone new.

Padilla admitted that Abrenica’s statements shocked and pained her since both of them had an agreement to continue being amiable towards each other for the sake of their two children.

“It’s unfair if I don’t have a say because I was part of the marriage, dalawa kami. Gusto kong matapos ‘yung mga nangyayari sa amin na friends kami. Bakit parang nag-iiba ‘yata ang ihip ng hangin (There were the two of us. I wanted us to still remain friends but it seemed like things have changed),” she said.

The actress added that it was impossible for her to have had an affair during the marriage because she was busy taking care of their children. “Paano ako magkakaroon ng oras (How would I find the time)? I was breastfeeding my second son. Paano ako aalis? Kung gusto niyo ng ebidensiya, tanungin niyo ‘yung mga yaya ko (How would I leave the house? If you want evidence, ask my household help),” she said.

Padilla also emphasized that she decided to end their marriage because both of them were no longer happy with their relationship. “I know what I went through and I know what he went through. Ang alam ko lang, parehas kaming hindi masaya (I know we’re not happy anymore).”

“I want to grow as a person and I want to be a better mother… I want him to be happy and I want to be happy. Kaming dalawa ‘yung iniisip ko (I was thinking for the both of us) when I decided that. It felt like for the longest time, I felt alone in the marriage,” she added.

Despite their current situation, Padilla is still hoping that she and Abrenica can still become friends. Addressing her estranged husband, she said, “Huwag natin kalimutan to be parents sa mga anak natin. Sana ma-save pa natin ‘yung friendship after this. Kung gusto natin mag-away or whatever, let’s do it in the right place, huwag na sa public. ‘Yun lang ang hinihingi ko.”

(Let’s not forget to be parents for our children. I hope we can save our friendship after this. If we want to fight or whatever, let’s do it in the right place, not in public. That’s all I’m asking for.”

Aljur and Kylie have been together on-and-off since 2011, before getting married in 2018. They have two sons.

Rumors of their split first started in February, when Kylie posted a series of cryptic Instagram stories, implying she was single again.

Their breakup was confirmed in July, first by Robin, and then by Kylie, who said that she and Aljur were “working on a healthy co-parenting relationship together” for their sons. – Rappler.com