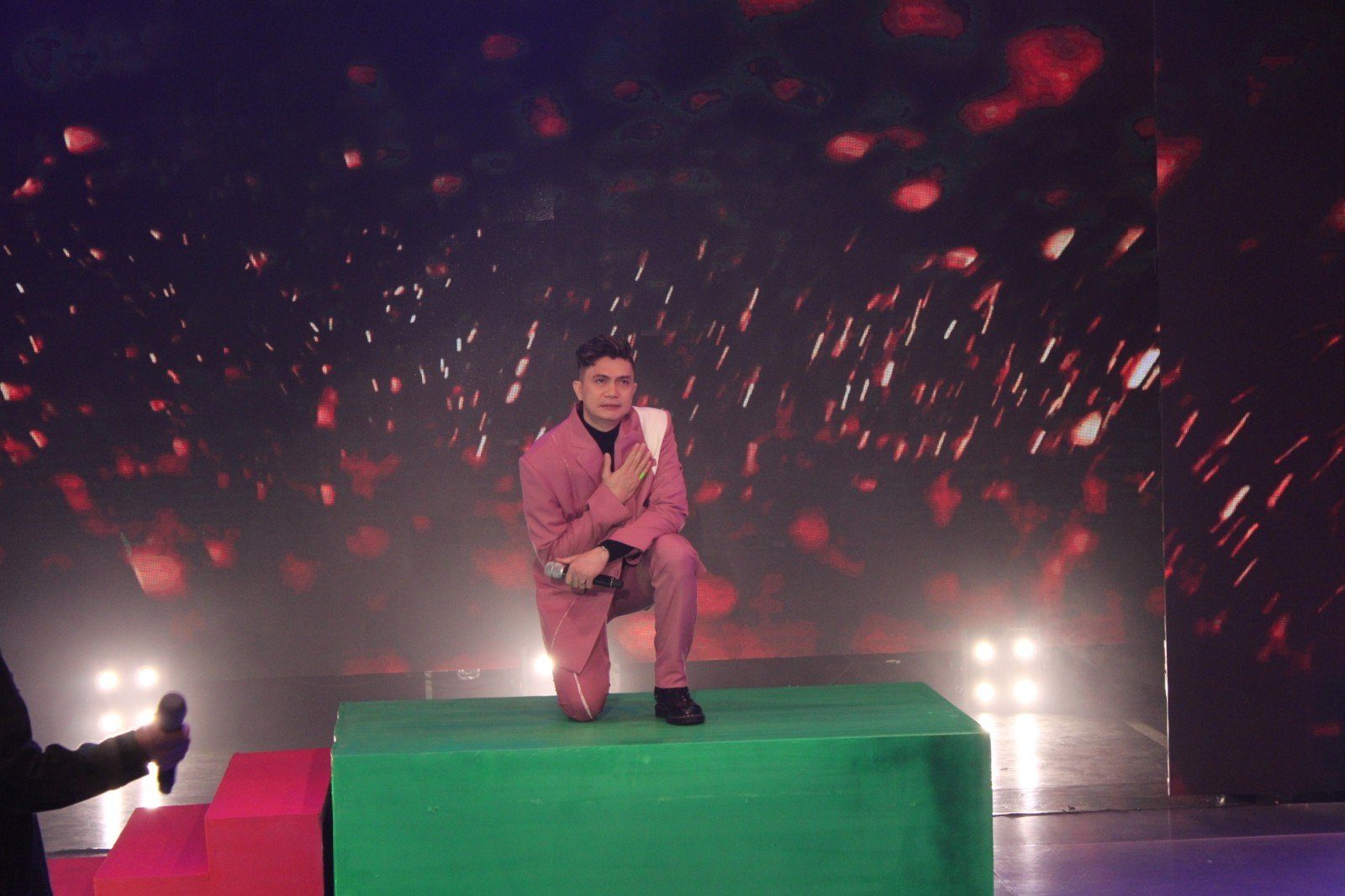 Facebook Twitter Copy URL
Copied
The comedian-host has been absent from the variety show since September 2022, when a Taguig court ordered his arrest

MANILA, Philippines – Actor-host Vhong Navarro returned to It’s Showtime on Monday, January 16, a month after a Taguig court allowed him to post a million-peso bail.

(It’s a different kind of joy when you have friends and family that are waiting for you. Welcome back to your home, Vhong.)

(I’m sure that just like us, his friends, you guys also miss him a lot. That’s why, for everyone who loves him, let’s be together in welcoming him back.… We’ll finally be with him again.)

A tearful Vhong is then seen onstage, before being enveloped by a group hug by his fellow hosts. “Welcome back! We love you, Vhong,” they said.

Vice first hinted about Vhong’s return on the show’s Friday, January 13 episode, saying that the unnamed celebrity had gone through hardships in 2022.

“Sabi ko sa kanya…sa sobrang bigat nang pinagdaanan mo last year, ang pinakamaganda namang kasama niyan ay sinamahan ka, kinampihan ka, at pinaniwalaan ka ng madlang people,” Vice said, relaying a recent conversation with that said celebrity. (I told him…he has gone through so much difficulty last year, but what matters most is that the people still supported you and believed in you.)

Vhong has been absent from the show since September 2022 when a Taguig court ordered his arrest for an acts of lasciviousness case filed by model Deniece Cornejo in 2014.

He was transferred to the Taguig City Jail from the National Bureau of Investigation facility in November. In December, he was allowed to post bail as a judge ruled that the evidence presented by the prosecution in the bail hearings was too weak to warrant Navarro’s continued detention pending the trial of his case. – Rappler.com