Who will win these Oscar statuettes on March 27?

Facebook Twitter Copy URL
Copied
With the announcement of the Oscar winners almost a month away, have you picked your bets yet?

LOS ANGELES, CALIFORNIA – First off, I would like to thank the 14th National Arts & Entertainment Journalism Awards, a US-wide competition presented by the Los Angeles Press Club, for awarding the third prize to “Only IN Hollywood,” in the category best entertainment blog by an individual or group, tied to an organization.

I am proud of Rappler being in the company of media giants, including The Hollywood Reporter.

With the announcement of the Oscar winners almost a month away, have you picked your bets yet?

One of the hotly contested categories is the best actor race. If frontrunner Will Smith does win for playing Venus and Serena Williams’ dad in King Richard, it will be his first Academy victory. It’s Will’s third stab at the best actor prize after two shots he had in 2007 (The Pursuit of Happyness) and 2001 (Ali).

Benedict Cumberbatch, another lead contender for his portrayal of a menacing cowboy with a secret in Jane Campion’s The Power of the Dog, is also gunning for his first Oscar. His last bid was in 2015 (The Imitation Game). That John’s nuanced portrait of a radio journalist in Erik Matti’s On the Job: The Missing 8 bested Benedict’s performance in Jane’s masterpiece will always be a remarkable footnote in the Pinoy thespian’s biography.

Also in the running for best actor are Javier Bardem as Desi Arnaz in Being the Ricardos and Denzel Washington in the title role in The Tragedy of Macbeth.

In the best actress contest, people are still talking about Lady Gaga being left out for her delineation of the real-life Patrizia Reggiani who hired a hitman to kill her Gucci heir husband in House of Gucci.

The film’s only nod is for best makeup and hairstyling for which Frederic Aspiras (cited along with Goran Lundstrom and Anna Carin Lock) made history as the first Filipino to be nominated in this Academy category.

Kristen Stewart’s many rabid fans are hoping to see her hold her first gold statuette for her acclaimed turn as Princess Diana in Spencer. But some awards prognosticators are betting on Nicole Kidman’s Lucille Ball portrayal in Being the Ricardos or Jessica Chastain’s take of another real-life figure, the mascaraed title character in The Eyes of Tammy Faye.

The other two contenders are the only ones not playing real-life protagonists: Penelope Cruz’s brand-new mom on a mission to find the unmarked grave of her grandfather in Parallel Mothers, and Olivia Colman’s college professor who grapples with her unsettling past while vacationing in Greece in The Lost Daughter.

In the best supporting actress field, if West Side Story’s Ariana DeBose prevails, she will be the first Afro-Latina actor to win. That would also make Ariana and Rita Moreno (who won in 1962) as the only pair of actresses to triumph for the same role, Anita, in the Academy’s history.

Ariana would also be the first openly queer woman of color to cinch an Oscar.

Kodi Smit-McPhee, as an effeminate teenager being bullied by Benedict’s wicked rancher in The Power of the Dog, is a favorite in the best supporting actor field. Kodi, with his quiet, eerie grace is an effective counterpoint to Benedict’s intensity.

But Troy Kotsur, wonderful as a deaf parent trying to relate to his daughter in CODA, or Ciaran Hinds as a wise, kind grandfather in Belfast, might pull a surprise. Also in the mix are J.K. Simmons (Being the Ricardos) and Jesse Plemons (The Power of the Dog).

The critically well-received Dune received a whopping 10 nominations, including best picture, but there was no Oscar love for Denis Villeneuve as best director. The snub prompted some to carp, did Dune direct itself?

Denis did get nominated, along with Jon Spaihts and Eric Roth, in the best adapted screenplay race.

The Power of the Dog’s Jane Campion has a very good chance to become only the third woman to win the Academy’s best director honors. If the New Zealand filmmaker does go onstage at the Dolby Theatre in Hollywood on the night of March 27, she will join the select circle of Kathryn Bigelow (The Hurt Locker) and Chloe Zhao (Nomadland).

However, don’t count out Kenneth Branagh (Belfast) and Steven Spielberg (West Side Story). The other contenders are Ryusuke Hamaguchi (Drive My Car) and Paul Thomas Anderson (Licorice Pizza).

Speaking of Ryusuke, his Drive My Car, costarring Filipino thespian Perry Dizon, is favored to win best international feature film over Flee (Denmark), The Hand of God (Italy), Lunana: A Yak in the Classroom (Bhutan) and The Worst Person in the World (Norway).

Drive My Car is also Japan’s first ever best picture nominee. But the competition for the biggest prize on March 27 is a crowded field with nine other contenders.

Pundits predict that The Power of the Dog, which landed 12 nominations – the most of any contender this year – will be declared the best picture in the 94th Oscars.

Belfast, Kenneth Branagh’s fond childhood remembrance of his hometown torn in an ideological war between Catholics and Protestants, might pull an upset win.

Amy Schumer, Regina Hall, and Wanda Sykes will preside as hosts on March 27 when the winners are announced at the Dolby.

The Academy stressed that these eight honors will be edited and shown in the live telecast.

The move, explained as a way to improve the show’s ratings, quickly became controversial. The hashtag #PresentAll23 trended in social media, posted by those who want all 23 categories to be presented in the live telecast.

Many of the posts argued that short documentary filmmakers, editors, makeup and hair artists, production designers, animated and live action short filmmakers, and sound editors deserve the same opportunity as the other Academy winners.

Below are excerpts of the letter (posted in the media) that David Rubin, president of the Academy, sent to the members announcing that eight categories will be presented to the Dolby audience an hour before the show and will be shown, edited, in the live telecast:

“After carefully listening to feedback and suggestions from our film community, our network partner, and all those who love the Oscars, it was evident we needed to make some decisions about the broadcast that are in the best interest of the future of our show and our organization.”

“When deciding how to produce the Oscars, we recognize it’s a live event television show and we must prioritize the television audience to increase viewer engagement and keep the show vital, kinetic, and relevant. This has been an important focus of discussion for quite some time. We do this while also remembering the importance of having our nominees relish a once-in-a-lifetime experience.”

“In order to provide more time and opportunity for audience entertainment and engagement through comedy, musical numbers, film clip packages and movie tributes, a change in the show’s production will take place.”

“This year’s show producers and Academy leadership with oversight of the Oscars have made the decision, with endorsement from the officers and the Awards Committee, that every awards category must be featured on the television broadcast, though eight awards will initially be presented in the Dolby Theatre in the hour before the live broadcast begins.”

“They will not be presented in the pre-show nor on the red carpet, as some have speculated. Instead, the in-person ceremony at the Dolby Theatre will begin one hour earlier to present eight awards categories before the live telecast starts. Those presentations will then be edited by our creative and production teams and will be folded seamlessly into the live televised show.”

“To be clear, all the nominees in ALL awards categories will be identified on air and ALL winners’ acceptance speeches will be featured on the live broadcast. Every awarded filmmaker and artist in every category will still have the celebratory ‘Oscar moment’ they deserve on the stage of the Dolby, facing an enrapt audience.”

[Only IN Hollywood] 2 Filipinos, others in historic Oscar nominations 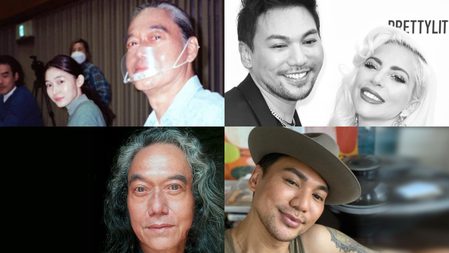 “For the audience at home, the show’s flow does not change, though it will become tighter and more electric with this new cadence, and the live broadcast should end – yes, with the Best Picture category – at the three-hour mark.”

“We realize these kinds of changes can prompt concern about equity, and we ask you to understand our goal has been to find a balance in which nominees, winners, members, and viewing audience all have a rewarding show experience. Moving forward, we will assess this change and will continue to look for additional ways to make our show more entertaining and more thrilling for all involved, inside the Dolby Theatre and watching from home.”

“Every Academy branch and award category is indispensable to the success of a film and vital to this industry. Both our challenge and our goal is to create an exciting, streamlined Oscars show without sacrificing the long-held fundamentals of our organization. We appreciate your understanding and will be grateful for your unwavering support.”

This Pinoy hopes that in case Frederic and his fellow nominees win, his acceptance speech – I am guessing that he will be exuberant and emotional over his historic triumph – will be shown in full in the telecast. – Rappler.com