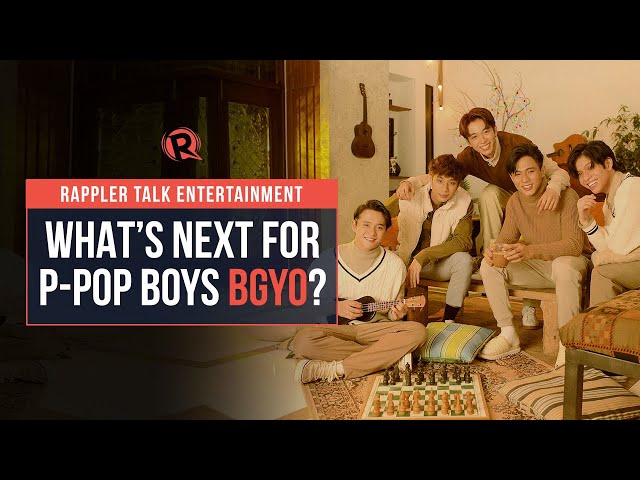 Facebook Twitter Copy URL
Copied
We chat with Gelo, JL, Akira, Nate, and Mikki as they look back on their year so far, and share what's up ahead for them

It’s been almost a year since P-pop boy group BGYO made their debut, and a lot has happened since then.

The group trended with their comeback single “The Baddest” in August, played secret agents alongside Liza Soberano in the single’s music video, released their debut album The Light in October, and performed in their first-ever concert with sister group BINI in November.

At the moment, Gelo, JL, Akira, Nate, and Mikki are getting ready to perform at the 1MX Festival in Dubai in December – perhaps the perfect ending to an eventful year, and a lead up to their first anniversary in January 2022.

In this episode of Rappler Talk Entertainment, entertainment reporter Amanda Lago chats with the boys of BGYO about how their year has been so far, what they’ve been up to lately, and what they’re excited for in the future.

Catch the conversation on Thursday, November 18, at 1 pm. Bookmark this page or head over to fb.com/rapplerdotcom. – Rappler.com