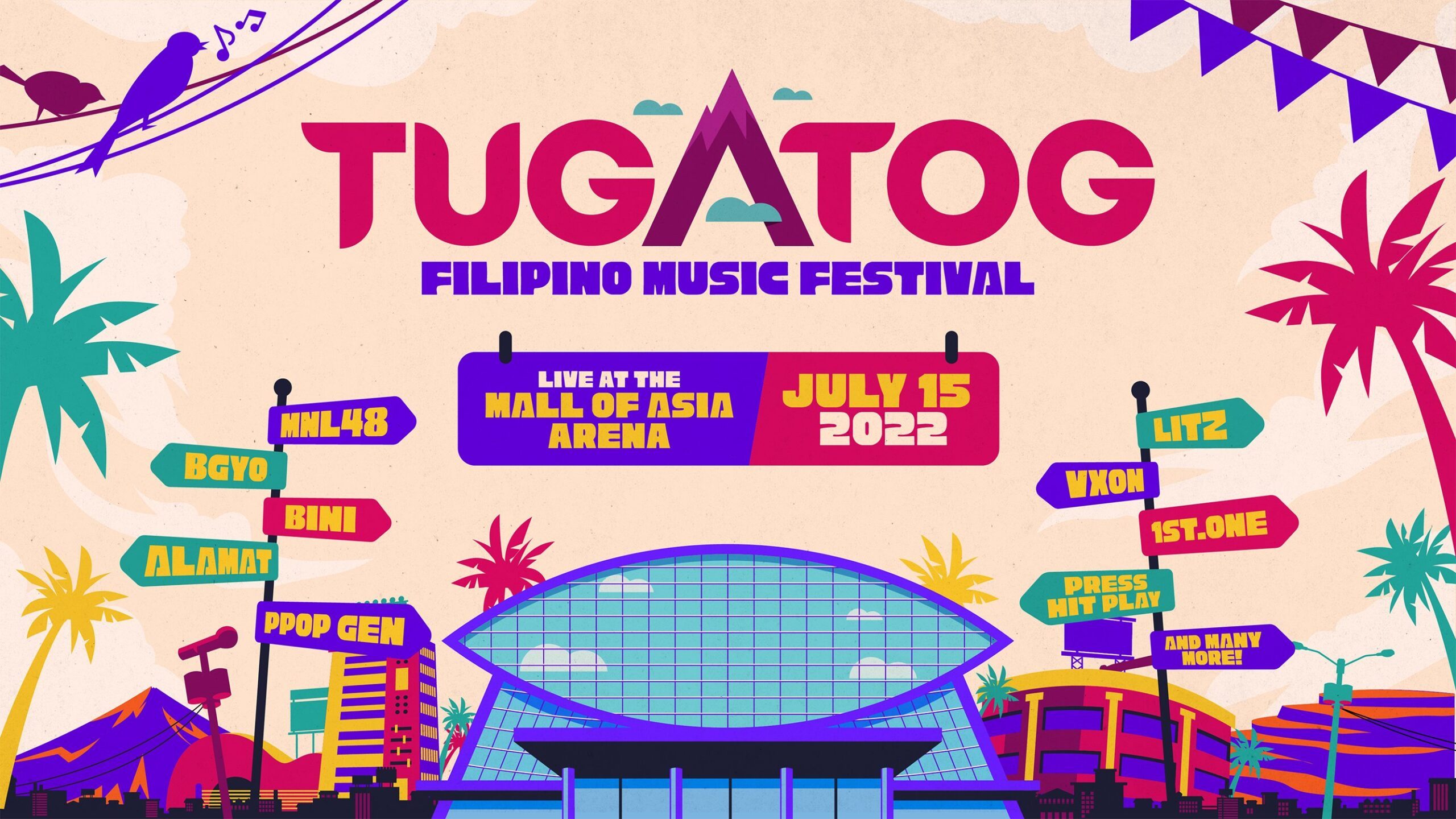 MANILA, Philippines – Save the date, P-pop fans! The Tugatog Filipino Music Festival 2022 is now an in-person live concert happening at Mall of Asia Arena on July 15.

Initially announced as a digital concert to be held on June 18, Tugatog organizers revealed on Tuesday, April 13, the changes in the event’s date and format.

Instead of being watched only via livestream, fans can now be part of a live audience for the upcoming concert.  “Live and online, we’re ready for you,” they said.

Fans who already purchased tickets for the original date have the option to remain as an online audience member or switch to the on-ground concert. Details about the tickets for the live event, however, have yet to be announced.