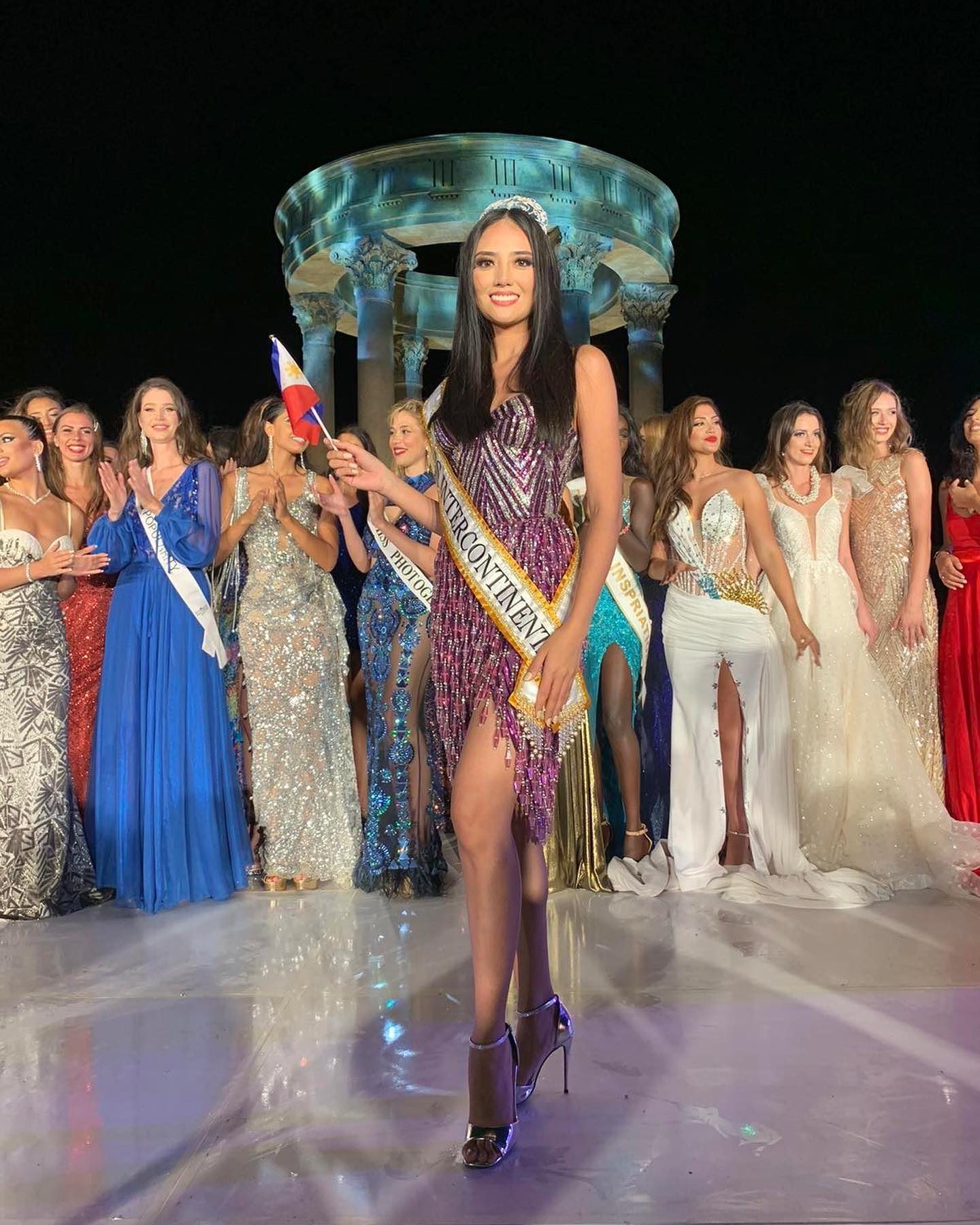 Obeñita bested over 70 candidates in the competition to take home the Philippines’ second Miss Intercontinental title, after Karen Gallman won in 2018.

“From wild card to Miss Intercontinental 2021! Your Cinderella story is truly inspiring. Thank you for raising our flag, Cindy,” the Binibining Pilipinas organization said in its congratulatory message to Obeñita.

During the question and answer portion, Obeñita was asked if speaking English is important for Miss Intercontinental.

This is her winning answer: “As an ambassador, I don’t think that speaking a specific language is very important here in Miss Intercontinental or any pageant at all. As long as that woman is a woman of power and grace, commitment, and intelligence, no matter what language she speaks, and that woman is actually a woman of style and substance, then she can win any pageant or any endeavor she is into.”

The Binibining Pilipinas pageant was Obeñita’s first foray in the national pageant scene. There, she earned the highest number of fan votes, which warranted her the wildcard 13th spot for the semifinals, before being named as one of the six titleholders.