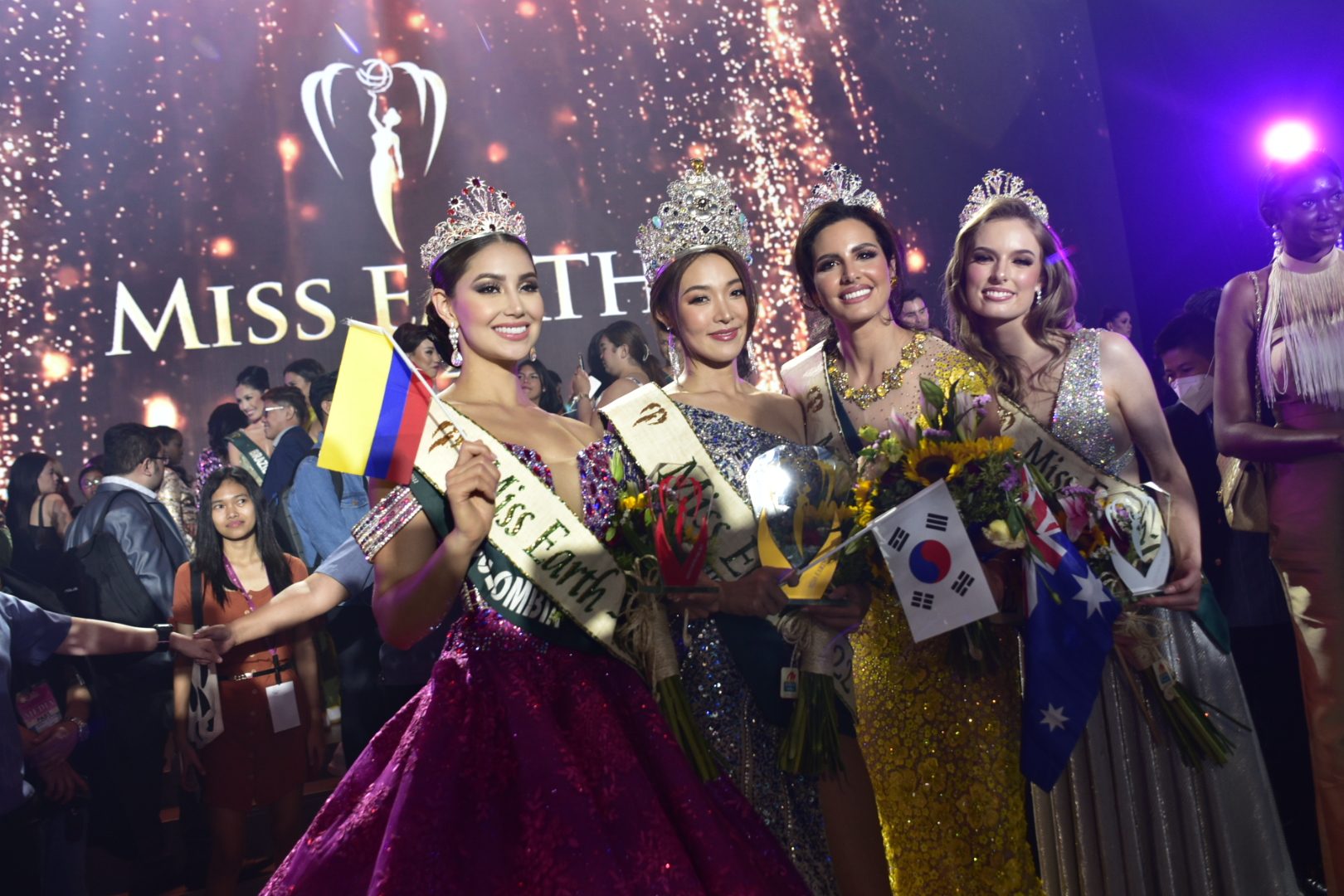 MANILA, Philippines – After three years of virtual stagings, the Miss Earth pageant made a comeback on Tuesday, November 29, with a coronation night held at Okada Manila in Parañaque.

Eighty candidates competed in the pageant. The Philippines’ candidate Jenny Ramp made it to the top 20, where she participated in the swimsuit segment, but did not go on to the top 12.

The top 12 walked in the evening gown segment, and those who advanced to the top eight participated in the question and answer round. At the end of the competition, the top four candidates did another Q&A, answering the same question: “What is one thing you would like to right in this world and how would you right it?”

Before the winner was crowned, the pageant’s “elemental court” was named: Colombia’s Andrea Aguilera as Miss Earth-Fire, Palestine’s Nadeen Ayoub as Miss Earth-Water, and Australia’s Sheridan Mortlock as Miss Earth-Air.

The pageant concluded with a historic win from South Korea’s candidate, Mina Sue Choi – the first Korean to win the pageant. She was crowned by her predecessor, Belize’s Destiny Wagner.

Considered one of the “Big Four” pageants, Miss Earth is an annual competition that celebrates “the many beautiful and varied forms of fauna, and to further promote the preservation and conservation of our planet.” – Rappler.com