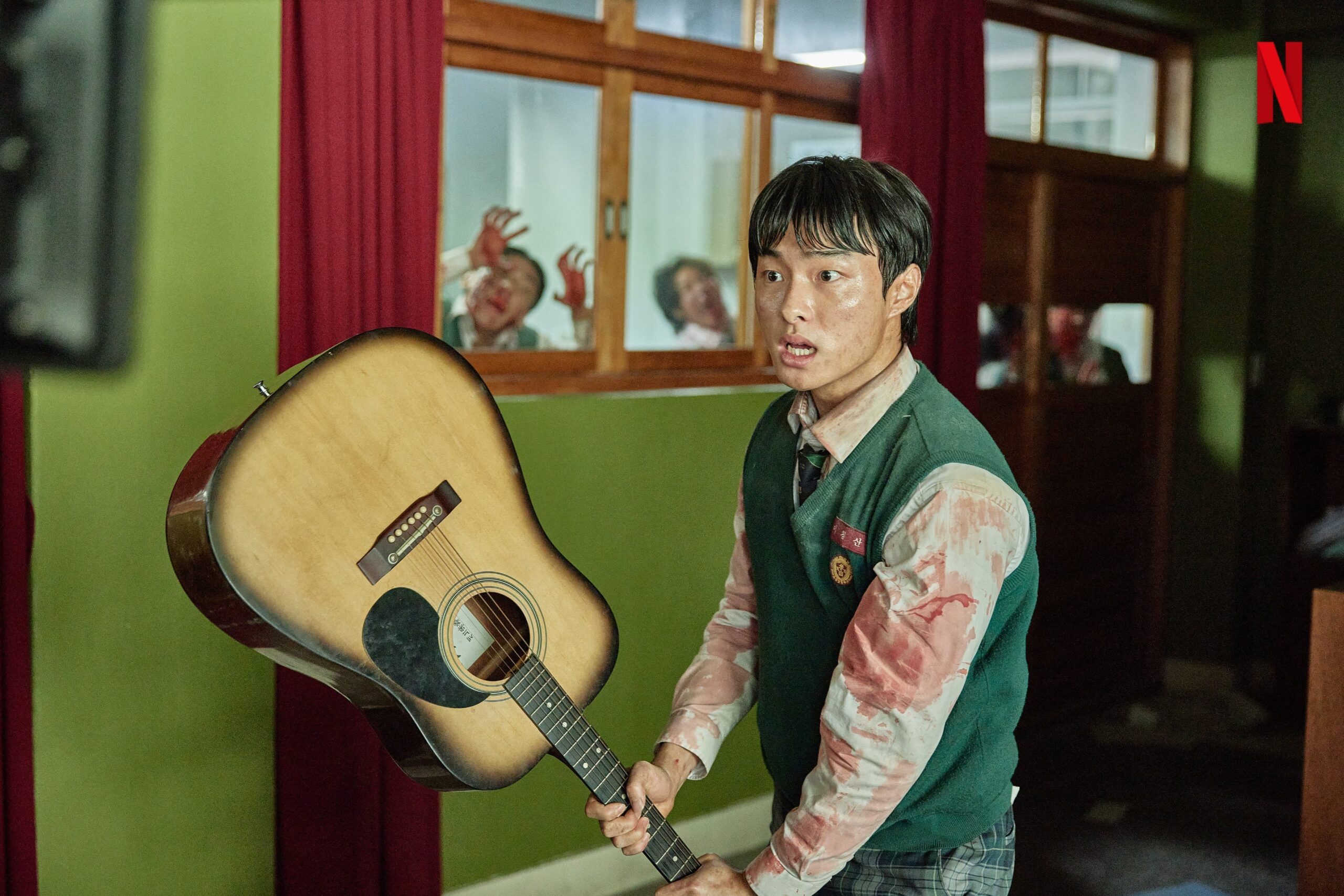 MANILA, Philippines – Across its 12 episodes, each running just over an hour, Netflix’s All of Us Are Dead offers viewers a lot of the fun stuff we enjoy about zombie movies, while also throwing in a lot of new (or at least new for me) ideas. By mixing these new ideas with what we have come to expect from any kind of zombie content, we get a series that will capture and keep viewers thrilled.

The setup here is great in its simplicity. Zombies, but set it in a high school. The heightened reactions and intense revelations of character that are par for the course when zombies show up get mixed with raging hormones, moods, and squabbling that are always going on in a high school.

Right up off the top the show should come with a trigger warning, as it doesn’t shy away from some very heavy material. Not content to limit itself to the viciousness of zombies, we are first introduced to the viciousness of teenagers. Throughout the series we are confronted with bullies and the horrible things that result from bullying. Mix in suicide (and suicidal ideation), parental pressure, and a lot of other issues, and you know that the show is swinging for the fences. The characters can go from discussions of where to run next to existential questions of whether you should continue to live if the world around you has mostly turned. It can zoom in on petty crushes, then zoom out to question larger social issues like immigration and the dehumanizing of populations.

But none of this would matter if the zombie stuff wasn’t good. And…IT IS GOOD.

‘Unbelievable’: ‘All of Us Are Dead’ director reacts to series’ global success 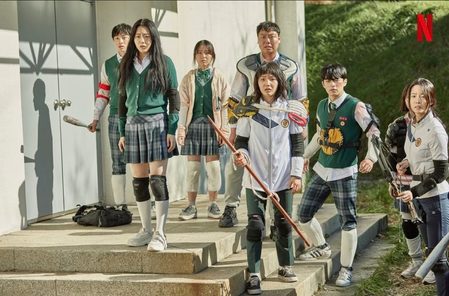 From the first appearance of the zombies, you can tell that not only does this show have aspirations in its storytelling, but it also wants to hit you viscerally, keep you at the edge of your seat, and maybe have you telling at the screen (I swear I didn’t, but I have friends who did). While in general I prefer the metaphorical weight of the slow zombie, the excitement in the sequences of the zombies running at breakneck speed here are thrilling. In addition to the speed, there are also some great choices with how the zombies move that make them so compelling to watch. We have seen attempts at making zombie movement look different before, especially in Western films. But the approach here really hits, especially as more is revealed about the virus and how it operates.

I assure you, I could keep talking about the zombies for the rest of the review, but I’ll stop and shift to what we should care about, which are the human characters. The focus of most of the film is on one group of students. At the start most of them fall into some kind of archetype or category. It’s smart in that the show establishes these so that we have a kind of shorthand or foothold to understanding them when the zombies show up. And then as the episodes progress and we spend more time with them, we see how they are and come to know the characters more.

From this initial set of kids from the same class, we get to see other survivors in other parts of the school, as well as a zoomed out view of how local authorities and then eventually the government handles this. (MINOR SPOILER ALERT: WILL WRITE THE SPOILER CONTENT IN ITALICS) An interesting choice that the series makes is that it stays pretty contained and in the tight confines of the campus, with a few shots outside, for most of the first half of the series. But then in the second half of the series, we get a fuller picture of the world around them and it becomes a lot larger. Not only is it larger, but the latter half has a much more military/action zombie feel to it. My immediate thought was it was almost like seeing the shift from the films Alien and Aliens where the former was this small, contained, claustrophobic piece, and the latter was more big action. Where this series gets it right is that it times this expansion very well, and it transitions so that you might notice the change in scope, but you also feel like it made sense. One of the key reasons that everything works so well is that the acting in this series is fantastic. I’ll have to admit I watched it in the English dub and I probably lost out on some things. But from what I could pick up, every actor in this production was hitting just the right notes. Not only did I like the characters we are all supposed to like, but I really, really hated the characters we were expected to hate. Some of the most outstanding performances were built on the sense of menace that the characters contained.

Another great aspect of this is the set pieces. It can go from small-scale, like a character having to reach for something or get to another room, to these large sequences with what seem like hoards of zombies to rival an invading army from Mordor. One reason these work so well is that the school in which most of the story is set is used to its full capacity. For example, there is a sequence here that is probably the most exciting use of a library you’ll ever see. It keeps finding new settings, new ways to thrill.

If there’s anything here that didn’t keep me engaged, it’s that there is a little bit of schmaltz packed in with all the excitement. I think it’s inevitable that we have a few cheesy sequences (I mean, who doesn’t have a little singalong in the middle of a zombie apocalypse right?). This is probably more of a taste thing and I just have a low threshold for it. But it’s never so much that it takes away from the story. And it gets back to crazy zombie sequences pretty quickly.

I think that anyone who’s a fan of zombie stuff will enjoy this. The scares are spot on. Beside them are a cast of characters that we latch onto, root for, or actively hope get their intestines scarfed down. Sometimes, you think you can tell where it’s going, then it throws you into a totally unexpected, novel, and undeniably fun direction. This show is ready to be binged, and maybe rewatched a few times. – Rappler.com