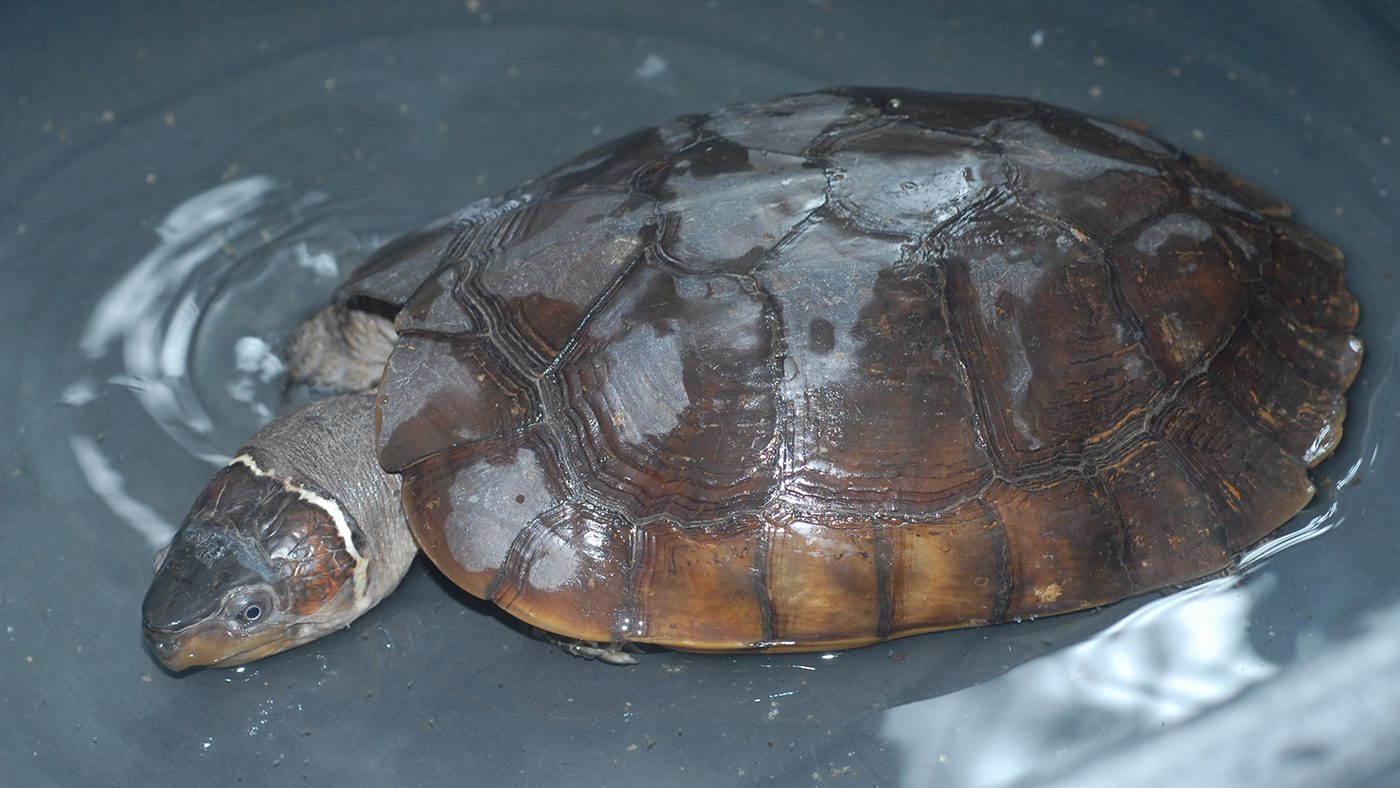 Facebook Twitter Copy URL
Copied
In one bust in Palawan in 2015, close to 4,000 Philippine Forest Turtles were confiscated

The Philippine Forest Turtle (Siebenrockiella leytensis), among the 25 most endangered turtles, is under serious threat because of its high demand in the illegal pet trade.

Collectors worldwide prize the turtle for its uniqueness. But that fascination in threatening this creature which is endemic in the Philippines.

A ban in the wild collection and trade of the Philippine Forest Turtle has been enforced since 2001.

Records from 2004 to 2018 showed 23 seizure incidents resulting in the confiscation of 4,723 turtles. A single bust in 2015 in Palawan accounted for 83% of all the animals seized involving close to 4,000 turtles. There were no records of Philippine Forest Turtles seizures in 2019 and 2020.

At least 12 of 23 recorded incidents resulted in the arrest of 21 suspected traffickers.

However, only two suspects have been convicted, fined, and served jail sentences, including a man who was arrested twice the same year at the Hong Kong International Airport, having come from the Philippines with a total of 157 turtles. 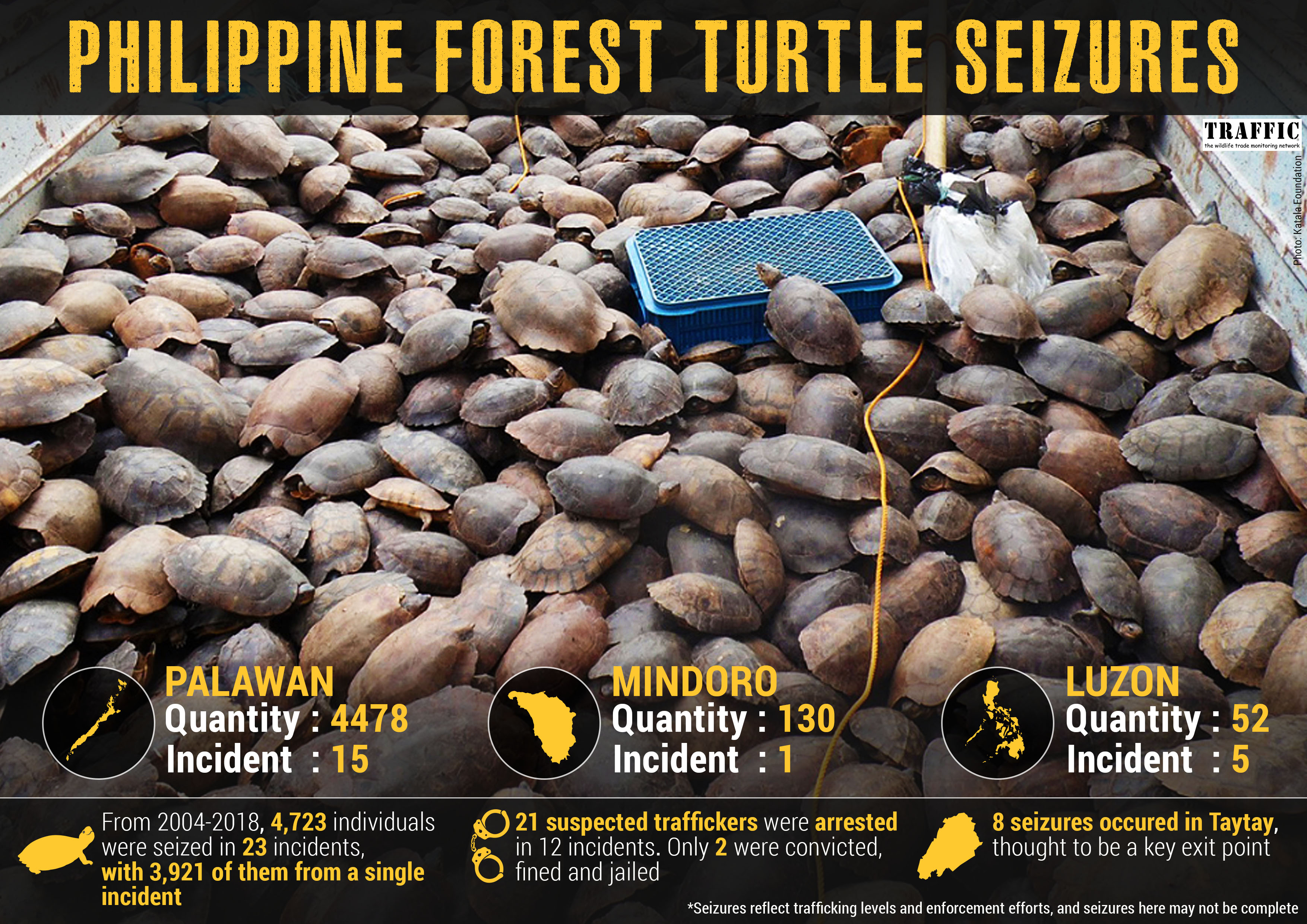 Eight out of 15 seizure cases in Palawan were in the municipality of Taytay, which suggests it is as an exit point of the Philippine Forest Turtle.

The turtle has also been illegally offered for trade online in the past 15 years, in the domestic and international pet trade, said authors of the study published in the Philippine Journal of Systematic Biology.

The study recorded 22 of the turtles for sale online through monitoring of social media groups in the Philippines between 2017 and 2018.

More recent unpublished trade monitoring found no turtles for sale in 2019, but 4 were advertised online in April 2020. The authors of the study separately observed over 1,000 Philippine Forest Turtles for sale online on a turtle trading site in China between February and September 2015.

“Declaring an immediate moratorium on trade in the Philippine Forest Turtle would close this loophole, help the government prevent illegal trade and help ensure the continued survival of this endemic species,” said Emerson Sy, lead author of TRAFFIC, a wildlife monitoring network.

The authors also urged wildlife authorities to boost site-based protection, as well as enforcement and prosecution against smugglers.

They called for an inventory of all previously-registered captive Philippine Forest Turtles in private and public facilities in the country and ascertain that these are not permitted for any trade.

“We have recent evidence that illegal collection and trade continue, and that demand for this turtle has not diminished,” said Dr Sabine Schoppe a co-author of the study and head of a program for the conservation of the species at Katala Foundation Incorporated. – Rappler.com