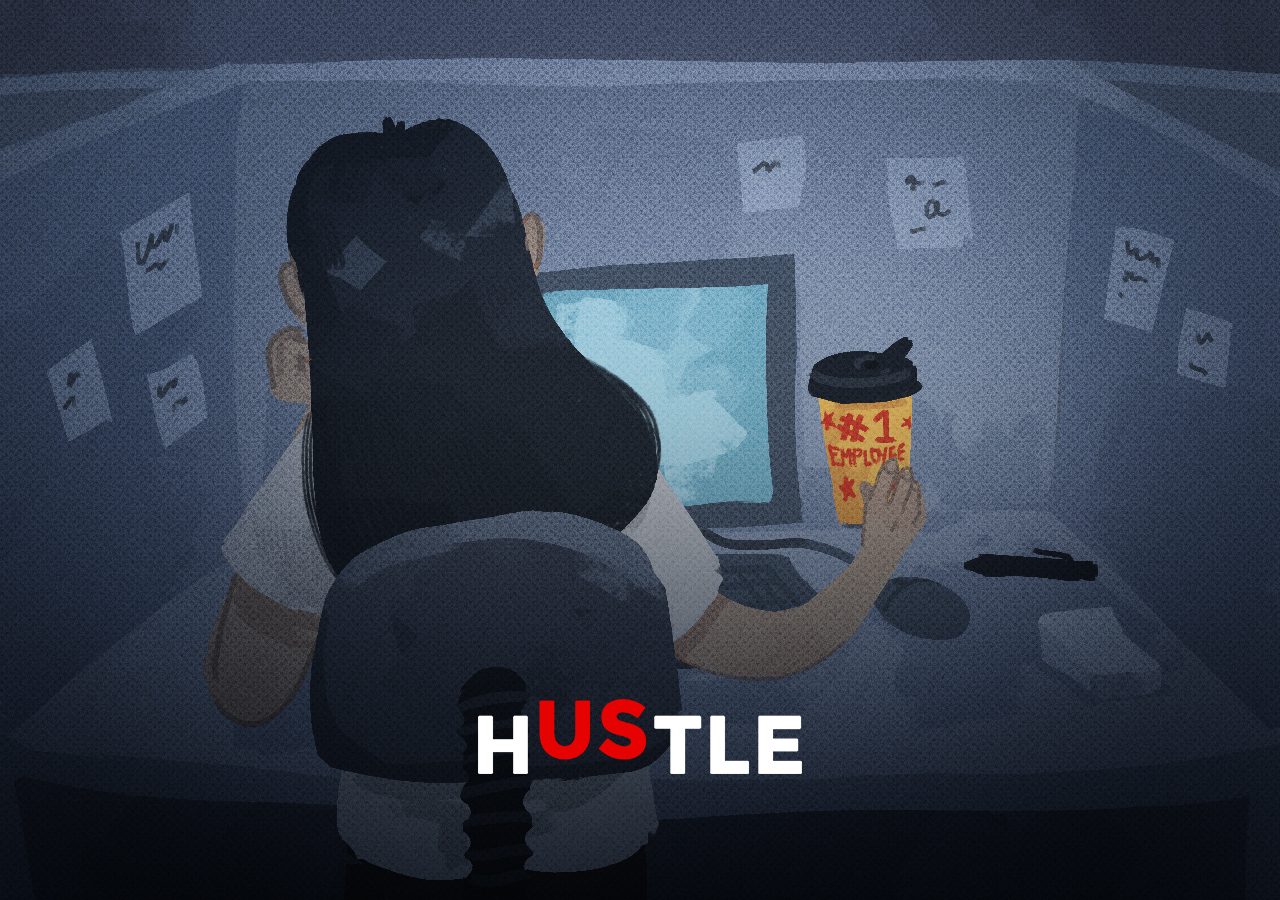 Facebook Twitter Copy URL
Copied
The idea of shifting our mindset about work is admittedly hard, especially when we rely on our jobs for several aspects of our personhood

In 2016, the term ikigai entered our collective consciousness by way of the New York Times bestselling book of the same name. This Japanese philosophy proposed that our dream job rested at the intersection of four overlapping circles: what we’re good at, what we love, what the world needs, and what we can be paid for. Though it seems rather complicated, ikigai appealed to modern proponents of pop psychology because it’s something many of us already strived for in our lives.

From an early age, we learn that work is a calling, a core tenet of our identity – a blueprint to change the world. This is why we are taught that when we are fortunate enough to find the profession meant to define us, we prioritize it over stable wages or a steady career trajectory, as evidenced by the passion principle. The adage goes: “if you love what you’re doing, you’ll never have to work a day in your life.”

Unfortunately, it’s this very principle that paves the way for abuse. Employers could take the sheer earnestness of their new hires and use it as justification to overload, underpay, exploit, and expect them to bear the brunt of the work. Sadly, the same employees see these challenges as a way of paying their dues or scaling up the food chain.

Toni once found herself in this position when she was on an accelerated track to a managerial role in a global FMCG. Despite the enviable glamorous perks, something felt horribly wrong just three weeks into the job.

“Without any training, I was thrust into an e-commerce lead role for 17 different brands. I would stay up until two in the morning to monitor sales and plan campaigns, all while fulfilling the to-do list of my direct supervisor,” she shared. When asked if she had guidance throughout her first-ever full-time position, Toni said that her manager was “too busy in 9 am-6 pm meetings every day to support her.”

Though these growing pains were said to go away after six months, waiting it out could have killed Toni. “I was no longer taking sick days because the work would just pile up and make me feel even more ill. I also spent most of my weekends asleep to recover from everything I went through that week, leaving me unable to do much else with my life. The worst part is no one even knew what I was going through because I was still producing results.”

After less than six months in the position, she knew that there was no way but out.

Like many who have participated in The Great Resignation, young professionals could become so traumatized by past experiences that they no longer dream of labor. People have begun looking at jobs as merely a means to an end, turning the common trope of “living to work” on its head. In fact, this has become a top consideration for young professionals to the point that recruiters are aware of this. They know that workers’ lives no longer revolve around building a career and part of the selling point of some job offers is the flexibility to pursue other endeavors.

Valerie, for instance, only envisioned herself working in PR but was ultimately discouraged by the high turnover and poor mental health infrastructure when she entered the industry. “People kept taking prolonged leaves and are barely able to see huge projects through because they’re just so tired,” she lamented. When she started looking for another job, she chose a tech company that offered her the rare privilege of uncapped paid leaves.

“Everyone in the organization has their own thing going on: some are streamers on apps, others are small business owners. What really sealed the deal for me was when my hiring manager told me that I would be able to allot so much time for volunteer work, which is something that’s really important to me.”

As a marketing graduate from a Big 4 university, Dexter never dreamt of doing “predictable” work in media planning, budgeting, and analytics for brands. So, instead of taking offers from other agencies that promised higher compensation, he stayed with an employer who has expressed incomparable support in his side hustle: sports media.

“I spent my childhood in summer clinics and watched the NBA religiously, so you could say sports is a big part of who I am and what I love,” he shared. “My existing position as a content producer for a sports channel allows me to work with athletes and reignite my passion for creativity, which I thought had died after college, so I’m really grateful that I have this opportunity alongside my existing commitments.”

Dexter once thought putting a single job prospect on a pedestal was the norm. But his current set-up has prompted him to reframe the way he looks at a job: “instead of going after what’s perfect for us or where we want to stay forever, I like looking at a job as a place where I can grow the skills needed to get to where else I want to be.”

Despite success stories from those who compartmentalize passion and profession, some may say that it’s just not for everyone and will be inclined to defend making work their life. However, there must also be self-reflection on where this is coming from and whether that status quo is toxic.

“For those that I’ve coached, the denial comes from a fear of getting out of this harmful or toxic situation and realizing that they’ve depended on it so much that they can’t move forward,” said Kurly De Guzman, a global career and leadership coach. “They tend to ask, ‘What happens if I get out of this and I don’t find a job?’ Perhaps it’s human nature to prefer being stuck over making a mistake.” However, for De Guzman, if we keep scrambling for ways to make something work when all signs suggest otherwise, we set ourselves up for consistent disappointment.

He advises that the first course of action should be to acknowledge the misalignment. “It’s not what you want for a specific set of reasons. List them down, so you know why exactly you feel this way and therefore assess how big the problem is.”

We should also examine if this is a recurring pattern or temporary stress brought by a project or task. If it’s the former: which of our needs are not being met? Which of our values is being violated?

Sometimes, our answers may involve doing our end of inner work. “You may have let your pride overrule you or succumbed to poor working practices that sapped you of your energies. It’s important to note if this is the case because if you fail to address these issues, you will never be satisfied, regardless of where you move,” De Guzman shared.

Know how much power lies in you

Of course, the company and its processes (or lack thereof) could also be at fault, which should normally be fixed by opening up to senior management. But if all efforts have been exhausted with little enthusiasm from higher-ups, it’s best to resign instead.

“Traditional companies believe that a high salary is enough to secure the lifelong commitment of employees,” said Danica Octa, president and CEO of Metamorphosis Group, a career development and empowerment firm. “But job seekers are headed in the direction of growth. If organizations fail to meet them in the middle, they are at risk of losing high-potential talent,” explained Octa.

Octa noted that this generation’s voices are getting louder, that they “know that a lot of jobs aren’t sustainable anymore, that they’re out to exploit talents and don’t always care about the well-being of employees.” As a result, young professionals are slowly redefining the role of a career in their lives, depending on their existing priorities.

“In our 20s, we might just want a place with flexible hours. In our 30s, we could start seeking out holistic benefits like healthcare or paid leaves. As we grow older, we might just want security. The meaning is never set in stone, and it is never something that should be left in the hands of others.”

But since we’re not always aware that this is the case, one may end up staying somewhere they don’t belong. Octa mentioned that this particular gap in knowledge and self-reflection was her rationale behind setting up Metamorphosis. She believes in not only democratizing resources through talks and training but sharing personal stories that can help debunk longstanding misconceptions in the world of work.

“Regardless of what stage of growth you’re in, sharing what a job means to you could help show other people more realistic and flexible pictures of what we could get out of our careers.”

The idea of shifting our mindset towards work is admittedly hard to grasp when we’ve relied on our jobs for several aspects of our personhood.

“A job can influence how much you know yourself and how you make sense of both the world and your space in it,” said Elizha Corpus, a personal and professional coach. “They give you a routine by which to go about your day, interactions with some of the best and brightest in the country, and even a found family. No wonder we could feel lost without them.”

But a fulfilling life was never meant to be found within the confines of an office cubicle. In fact, our ikigai was not created to lead us to the ideal 9 to 5 but to help us identify activities that make us feel alive! “When we hold workshops about drafting our purpose, we never tell our participants to just think about their careers and their importance in life,” Corpus explained.

“Careers are only one side of who you are and are not meant to define your whole essence. If we keep thinking that, we often get rabbit holed and forced to meet standards that we might have based on what other people say is success for us.”

Outside of work, we are already someone’s child, someone’s sibling, someone’s friend. We might not know it yet, but we may also become a spouse, parent, niche Facebook interest group member, etc. We contain multitudes that can’t be fit into a piece of short bond paper. It seems wrong to conveniently gloss over these realities just because we are no longer the culmination of our childhood dreams, with a corner office in a building in the sky. – Rappler.com

Angel Martinez is a cultural critic and social trendspotter with a degree in Communications Technology Management from Ateneo de Manila University. Her essays on the internet, identity, and their intersections have been featured in VICE, i-D, Rappler, CNN Philippines, and The Philippine STAR. When she’s not knee-deep in the written word, she enjoys reciting the entire press conference scene from Notting Hill and cuddling with the two best dogs in the world.

#CheckThisOut: Home office ‘budol’ that could help streamline your workflow