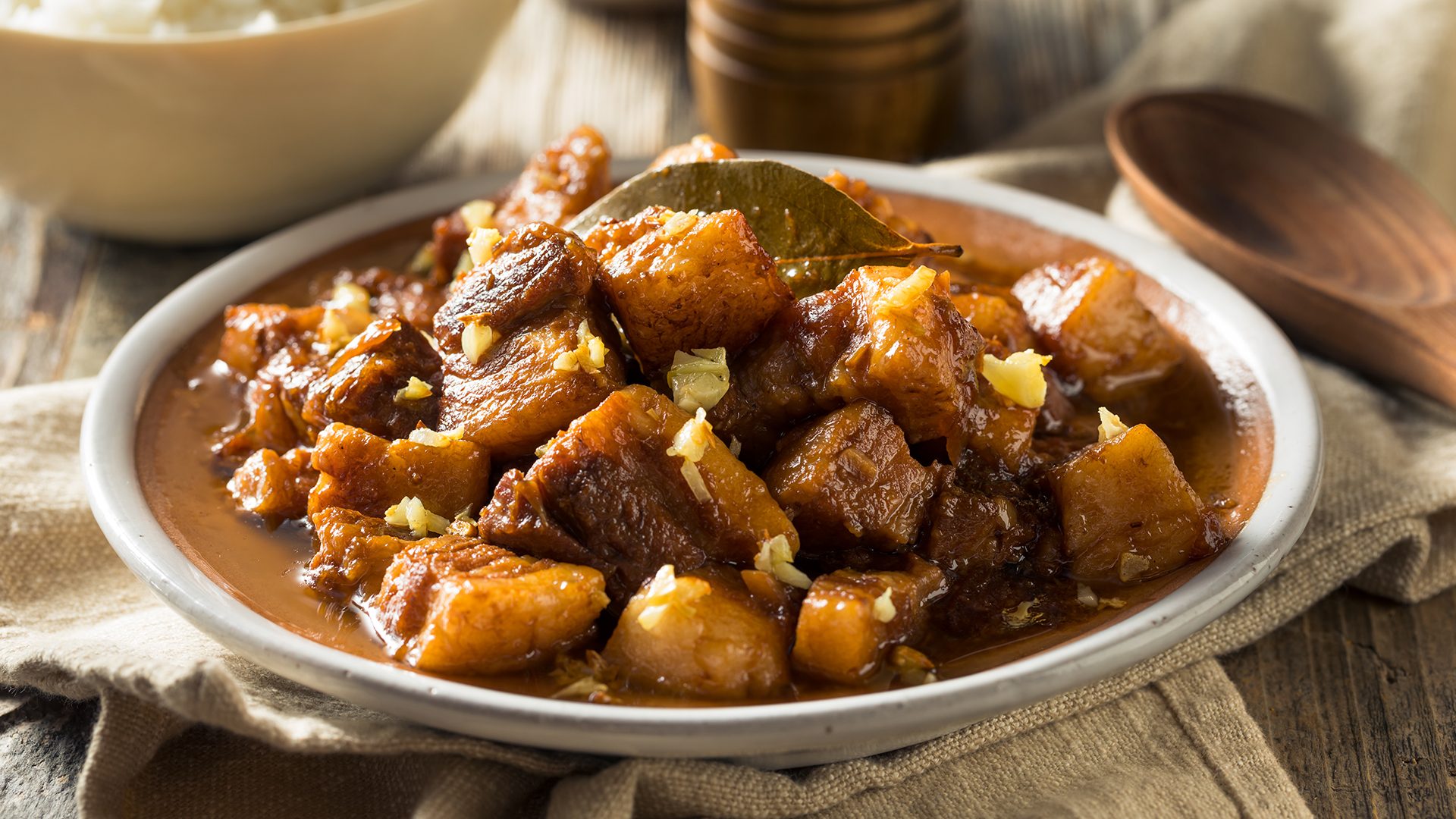 ADOBO. The DTI-BPS launches a set of standards when it comes to making the popular native dish.

The Department of Trade and Industry-Bureau of Philippine Standards (DTI-BPS) has created a technical committee on Filipino dishes (BPS/TC 92) that will develop Philippine National Standards (PNS) when it comes to cooking adobo, sinigang, sisig, lechon, and other popular native dishes.

The DTI said in a press statement on July 9 that the committee began setting the standards for cooking adobo in May, referring mainly to Kulinarya: A Guidebook to Philippine Cuisine for their guide on how to prepare and cook the Filipino dish.

However, two days later, after the move received a grilling from netizens, DTI clarified that the standards were not mandatory and would only “define what we will promote internationally.” The DTI said the committee was formed to standardize the cooking technique of adobo, amid the “various cooking methods published online by food writers, bloggers, and vloggers.” They aim to determine the “common denominator among all the known ways of cooking it,” to help “preserve the country’s cultural identity despite the variations made to it.”

“There will be different approaches and opinions. As long as I have, say one to three steps, it’s this recipe. Anything else you add to it is a variation to the cooking technique,” Segismundo said.

Adobo is prepared and served in different ways, depending on which region it originates from. Ingredients range from chicken, pork, soy sauce, vinegar, laurel leaves, black pepper, to coconut milk, atsuete (annatto), sugar, and others; while methods can range from braising, stewing, to boiling and more.

The DTI said the draft Philippine national standards on adobo “will be circulated nationwide, once available, for review and comments of concerned stakeholders.”

Once the standards of adobo are set, BPS/TC 92 will proceed to sinigang, lechon, and sisig.

The DTI-BPS serves as the national standards body of the Philippines and is mandated to develop, promulgate, implement, and promote standardization activities in the country. – Steph Arnaldo/Rappler.com