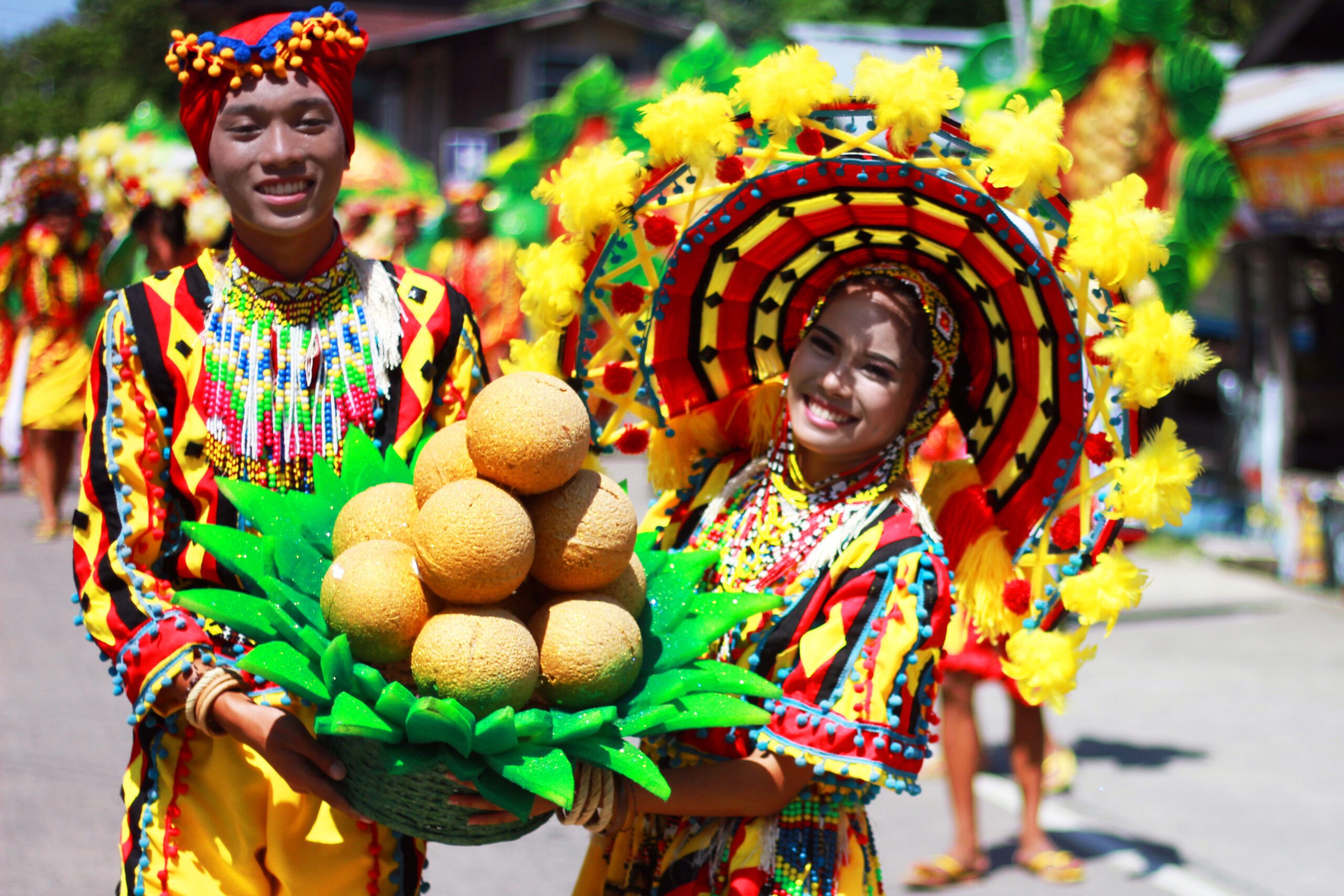 GOOD TIMES. Camiguin islanders join in the merrymaking during the annual Lanzones Festival street dancing competition on October 27, 2018. The provincial government of Camiguin is bringing back the week-long festival, following a two-year hiatus due to the COVID-19 pandemic.

CAGAYAN DE ORO CITY, Philippines – After a two-year hiatus because of the COVID-19 pandemic, Camiguin Island will finally hold its annual Lanzones Festival this October.

Camiguin Governor Xavier Jesus Romualdo announced this on Monday, July 4, as the provincial government and tourism officials started work to resuscitate the island province’s tourism sector that has yet to recover since the government resorted to lockdowns in 2020 to stem the deadly virus.

The government, he said, has lined up a series of events aimed at pump-priming the island province’s tourism-dependent economy, starting with the week-long Lanzones Festival in the last week of October.

Before COVID-19 struck, Camiguin was one of the most visited islands in the Philippines, with tourists averaging 800,000 yearly.

Two years after the start of the pandemic, the island’s tourist arrivals plunged to an average of 500 every day, a far cry from the average 2,000 daily count before 2020.

Romualdo said all efforts are aimed at increasing the number of tourist arrivals in the island province back to pre-pandemic levels.

“Tourism is the central key that drives the island’s economy. That (Lanzones Festival) will be a good launching pad for Camiguin as it opens up further,” Romualdo said.

His father, former governor and now Camiguin Representative Jurdin Jesus Romualdo, said the island is now prepared to fully open up its tourism given that most of the islanders have already been inoculated.

The capitol said 85% of Camiguin’s residents have already been fully vaccinated, and many of them were already seeking their second booster shots.

The elder Romualdo also noted that Camiguin has not registered a single COVID-19 case in the last five months.

“We are okay now, and our drive to give booster shots is ongoing,” he said.

The challenge now, the congressman said, is to develop more tourist spots and upgrading the standards of tourism services in the province. – Rappler.com

Experience fun and colorful festivals on your next vacation using this Agoda promo code.