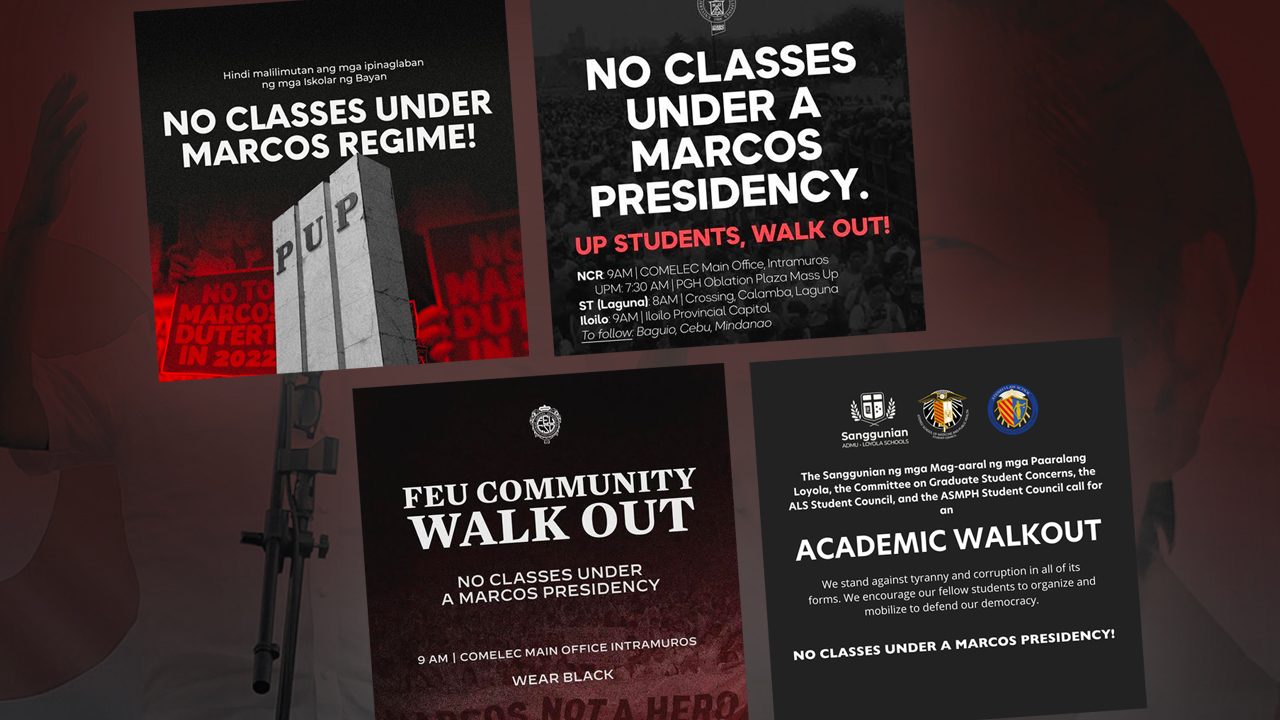 MANILA, Philippines – As the wide lead of presidential candidate Ferdinand “Bongbong” Marcos Jr. in the initial poll counting signaled the return of the dictator’s family in Malacañang, several student organizations trooped to the Commission on Elections (Comelec) to contest the validity of the recently concluded Philippine elections.

The Polytechnic University of the Philippines-Sentral na Konseho ng mga Mag-aaral initiated a petition to hold a protest against Marcos Jr.’s presumptive win in the presidential race. They said in a Facebook post in Filipino: “Let us continue to assert our rights and widen our democratic force to once and for all end our nation’s return to, and stay in, the dark.”

(At a time when there are brazen electoral anomalies, we will not let a dictator’s son, liar, and thief assume office.)

Other student organizations decried the alleged electoral fraud and violations. In a statement, the University of the Philippines-Office of the Student Regent urged the Comelec to show accountability, saying in a Facebook post in Filipino: “We participated in the elections in good faith. Yet, electoral fraud and violations were the government’s reply. We will not allow to be led by thieves and murderers.”

The UP Office of the Student Regent, along with the FEU Central Student Organization, The Sanggunian ng mga Mag-aaral ng mga Paaralang Loyola ng Ateneo de Manila Committee on Graduate Student Concerns, ALS Student Council, and ASMPH Student Council called for a student walk out, declaring that there should be no classes under a Marcos presidency.