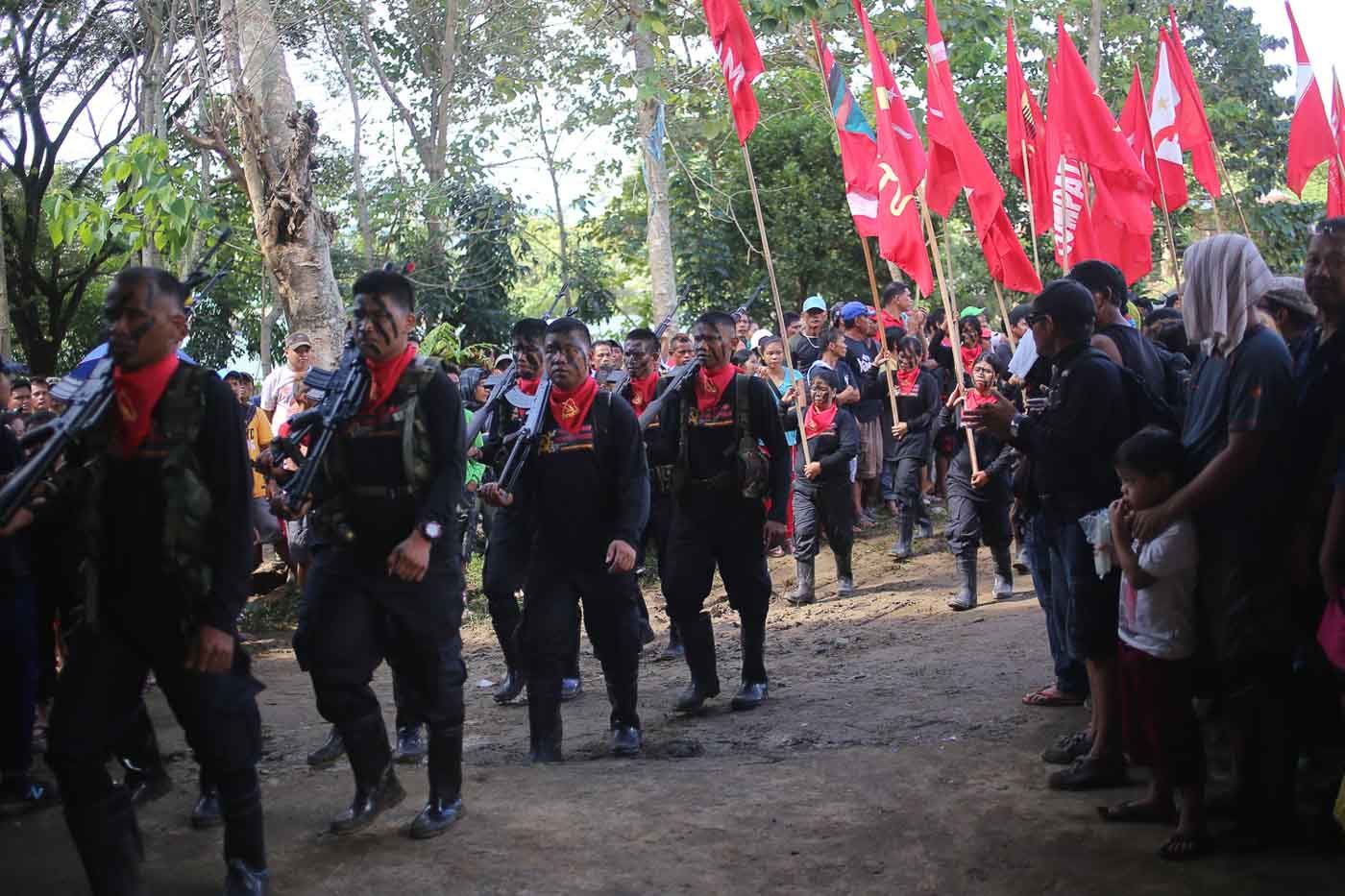 MANILA, Philippines – The Armed Forces of the Philippines (AFP) agrees with President Rodrigo Duterte that communist rebels should be tagged as “terrorists.”

In a news briefing in Davao City on Saturday, November 18, Duterte had said that he plans to issue a proclamation declaring the New People’s Army (NPA) of the Communist Party of the Philippines (CPP) a terrorist group.

Duterte also said he is “not anymore inclined” to pursue peace talks with the communists.

On Sunday, November 19, AFP spokesperson Major General Restituto Padilla said:  “Government has done its part and negotiated with sincerity. We totally agree with the Commander-in-Chief in calling the NPAs terrorists because it is clearly reflected in the numerous criminal / lawless / terrorist acts that they have been committing against defenseless and innocent civilians.”

Back in February, Duterte scrapped peace talks with the communists and, shortly after, described the NPA as “terrorists.”

The President blamed the collapse of the negotiations entirely on the communists and criticized their demand for the release of hundreds of political prisoners.

Also in February, the United States kept the CPP and NPA in its list of foreign terrorist organizations despite a previous request from the Philippine government.

The CPP and NPA have been in the US list of foreign terrorist organizations (FTOs) since August 9, 2002, upon the request of the Arroyo administration.

Padilla said on Sunday that counter-terrorism efforts are among the priorities of new AFP chief General Rey Leonardo Guerrero.

“The AFP is doing its best to meet its campaign targets for the end of the year especially that which is aimed at addressing the threat posed by terror networks still in Mindanao,” said the military’s spokesperson.

“Our main objective is to degrade or totally eliminate the ability of terrorists and their networks so that they no longer pose serious threats to our national security.” – Rappler.com