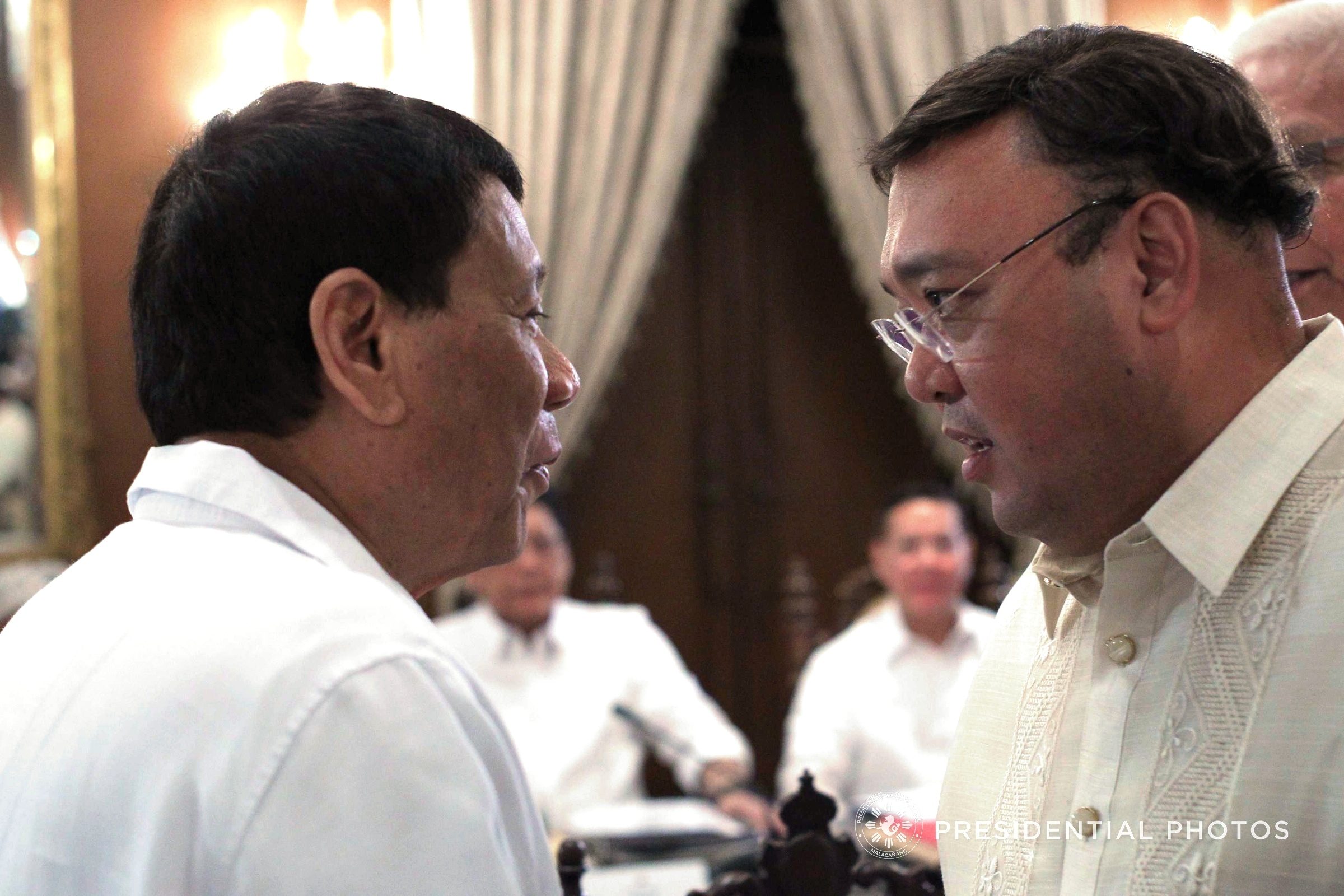 MANILA, Philippines – The Center for International Law (CenterLaw) said on Thursday, March 15, that President Rodrigo Duterte cannot assert that the Philippines’ ratification of the Rome Statute is void just because it was not published in the Official Gazette or a newspaper of general circulation.

“There is no further requirement of publication in any newspaper of general circulation to make the treaty binding upon the Philippines, as the President contends,” CenterLaw president Joel Butuyan said in a statement on Thursday.

CenterLaw is a law firm that was co-founded by Presidential Spokesperson Harry Roque.

CenterLaw issued the statement after Malacañang announced that the Philippines will withdraw “immediately” from the International Criminal Court (ICC), and asserted that the country’s ratification of the Rome Statute – which created the ICC – was void from the start.

Malacañang based its assertion on the non-publication of the treaty on the Official Gazette, the government’s official journal, or any newspaper of general circulation.

CenterLaw said that when the government enacted RA 9851, it committed to “adopt the generally accepted principles of international law, including the Hague Conventions of 1907, the Geneva Conventions on the protection of victims of war and international humanitarian law, as part of the law our nation.”

Article 127 of the Rome Statute states that withdrawal by any state parties will take effect only in a year, and any investigation that started before the effectivity will not be affected.

This covers the ICC Prosecutor’s preliminary examinations into the high number of killings in Duterte’s campaign against drugs.

Duterte argued, however, that Article 127 will not apply because the Rome Statute was void from the very beginning.

Here’s a breakdown Duterte’s other arguments, and the responses of CenterLaw:

Duterte: The constitutional provision [in the International Humanitarian Law Act ] however is not absolute as any principle of international law even if generally accepted, if it contravenes our Constitution, cannot supplant nor diminish the Philippine Constitution.

Domestic laws are supreme over international law unless the former are violative of internationally recognized principles of justice.

CenterLaw: Contrary to the President’s claim, the Rome Statute became effectual as domestic law when the Senate gave its concurrence to the Rome Statute in 2011. Said concurrence by the Senate is a necessity provided for under Article VII Section 21 of  the Philippine Constitution. This is a point well established in our constitutional jurisprudence as the “doctrine of transformation.”

2. The Rome Statute is fraudulent

CenterLaw: The President’s claim that we embraced membership in the ICC on false representations of complementarity by its international proponents is erroneous. The country in fact had a leading participation in the establishment of the ICC, as the Philippines actively participated in the drafting of the Rome Statute.

Duterte: As stated earlier, the International Criminal Court’s Special Prosecutor Fatou Bensouda gave a premature public announcement of a preliminary examination thereby creating the impression that I am likely to be charged before the International Criminal Court violating therefore the presumption of innocence accorded me by the Constitution. The accusations of these United Nations officials have the effect of painting me guilty before the eyes of the world.

CenterLaw: The ICC’s initiation of preliminary examination on his drug war does not deny him his right to due process and his right to be presumed innocent until proven otherwise. Even if the process progresses to the investigation proper, he will be accorded his right to contest the charges, or even disclaim the Court’s jurisdiction to try him.

In conclusion, CenterLaw said that the Philippines’ withdrawal from the ICC “will not save anyone responsible for crimes against humanity from the ICC’s jurisdiction.”

“CenterLaw shares our people’s fear that this attempt to withdraw from the ICC will plunge the country deeper into the quagmire of impunity – one that has already claimed thousands of lives,” the law firm said.

On Thursday, Roque said it “saddened” him that the Philippines has to withdraw from the ICC but that he agreed with Duterte’s decision. – Rappler.com