Other ‘Bikoy’ video sharers can be investigated too – DOJ

May 2, 2019 6:45 PM PHT
Rambo Talabong
Facebook Twitter Copy URL
Copied
'It may turn out that some other special people who propagated the video...may have to be investigated further likewise,' says Justice Secretary Menardo Guevarra 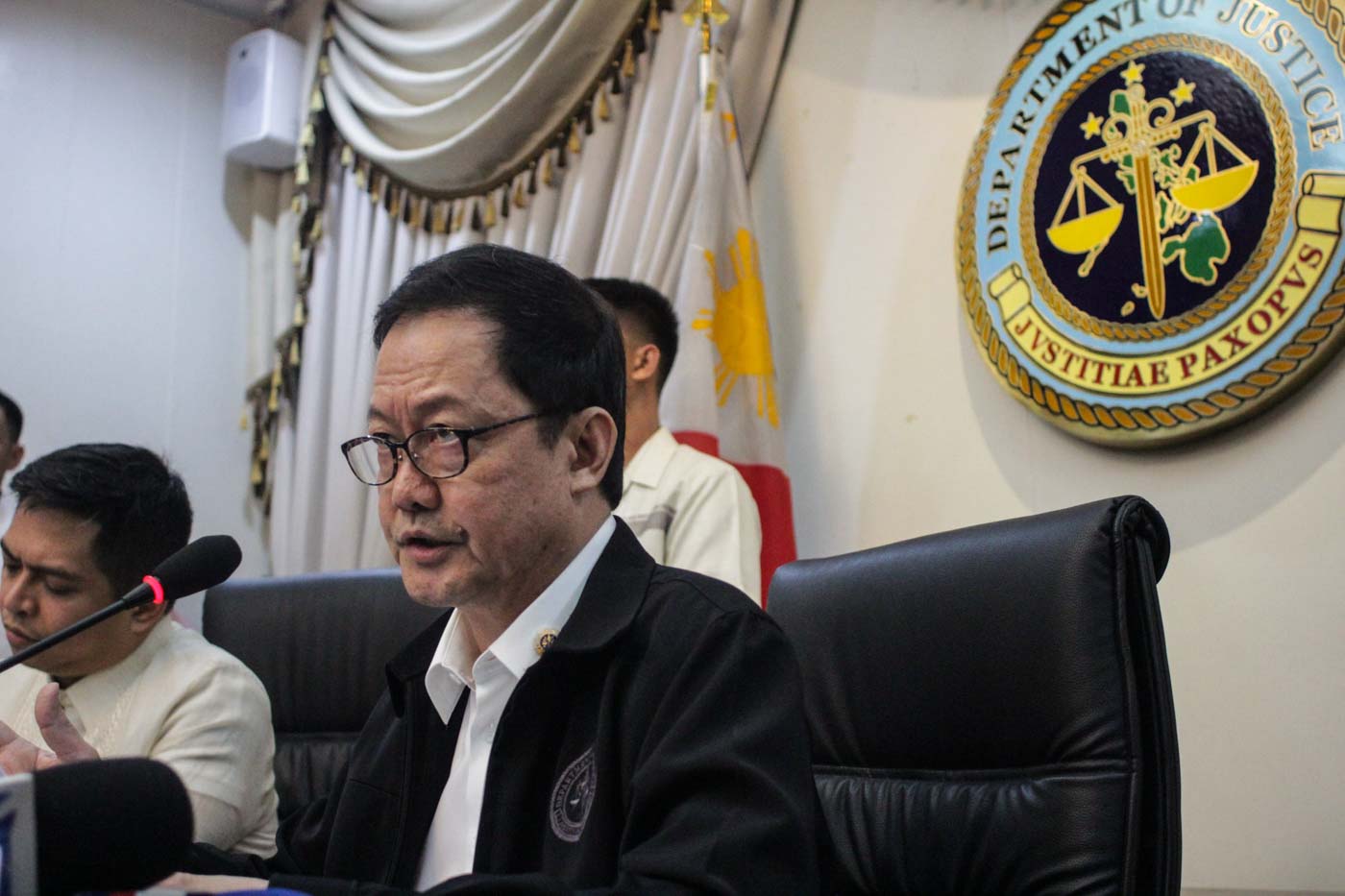 MANILA, Philippines – People who shared the controversial “Bikoy” videos which accused the Duterte family of being involved in illegal drugs may be investigated by the government, the Department of Justice (DOJ) said on Thursday, May 2.

“For now, we’re focusing on this guy (Rodel Jayme). We’re not done with this guy yet, okay. And it may turn out that some other special people who propagated the video, or shared the video in a very vigorous manner, may have to be investigated further likewise,” Justice Secretary Menardo Guevarra said in a press briefing.

Jayme, who was identified to be managing a website called metrobalita.net, was arrested on Tuesday, April 30, for sharing the videos. Authorities have not presented evidence that he was involved in producing the videos.

The DOJ acknowledged that the Supreme Court struck down as unconstitutional the part of the Cybercrime Prevention Act that punishes sharers of content that could be libelous. But DOJ Office of Cybercrime Officer-in-Charge Che Zamora argued that those who share libelous content cannot be cleared of wrongdoing.

“We don’t want to say in a straight manner that they don’t have any liability, since it is still following investigation. Who knows, who might have shared the videos would also have some sort of liability?” Zamora said.

What can the government do vs sharers?

Guevarra and Zamora did not expound on possible complaints, but Jayme faces a complaint for inciting to sedition.

Inciting to sedition is defined under Article 142 of the Revised Penal Code as:

“…any person who, without taking any direct part in the crime of sedition, should incite others to the accomplishment of any of the acts which constitute sedition, by means of speeches, proclamations, writings, emblems, cartoons, banners, or other representations tending to the same end, or upon any person or persons who shall utter seditious words or speeches, write, publish, or circulate scurrilous libels against the Republic of the Philippines or any of the duly constituted authorities thereof, or which tend to disturb or obstruct any lawful officer in executing the functions of his office, or which tend to instigate others to cabal and meet together for unlawful purposes, or which suggest or incite people against the lawful authorities or to disturb the peace of the community, the safety and order of the Government, or who shall knowingly conceal such evil practices.”

Jayme also faces the possibility of being charged with child abuse, for “involving a minor.” The DOJ was referring to President Rodrigo Duterte’s 15-year-old daughter Kitty who was mentioned in the videos.

National Bureau of Investigation (NBI) operatives implemented a search warrant against Jayme on Tuesday, leading to his arrest and the confiscation of his computers and other tech paraphernalia. As of posting time, he was detained at the NBI as he waited for his inquest. – Rappler.com