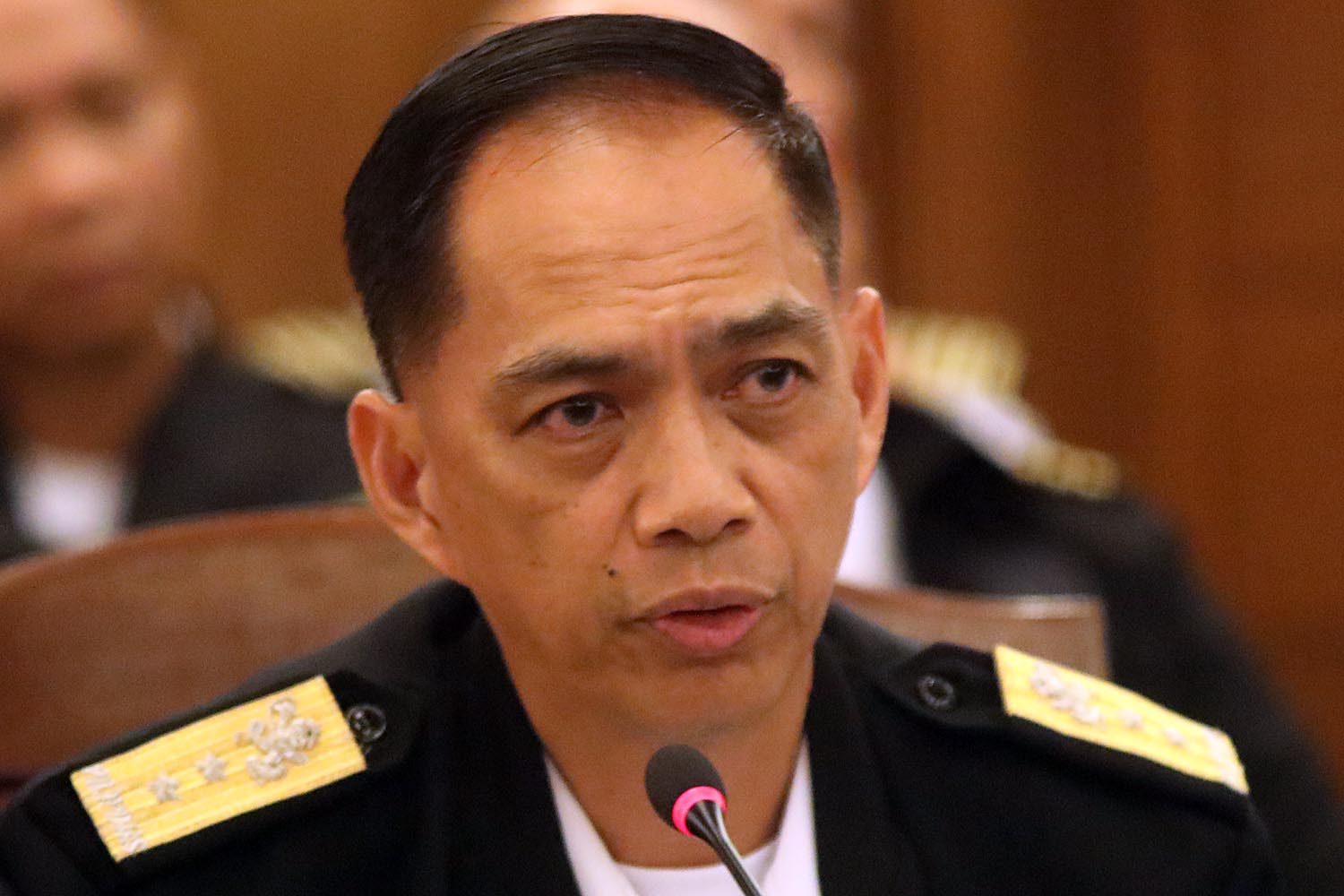 MANILA, Philippines – Philippine Navy chief Vice Admiral Robert Empedrad rebuffed the Chinese foreign ministry on Friday, June 14, and said the sinking of a Filipino fishing boat in the West Philippine Sea is “not a normal accident.”

Speaking to reporters, Empedrad said the Filipino vessel “was rammed” as it “was anchored when the incident happened.”

“This is not a normal maritime accident,” Empedrad said, contradicting an earlier claim by the Chinese foreign ministry.

Empedrad stressed the need to condemn this act of abandoning people in need of help. “Anong klaseng tao ka ‘pag ganu’n?” (What kind of person are you if you do that?)

Empedrad made these remarks after Chinese Foreign Ministry Spokesman Geng Shuang downplayed the Philippine boat sinking as “an ordinary maritime traffic accident.” Geng also said it was irresponsible for the Philippines to “politicize the incident without verification.”

A Chinese vessel allegedly sank the Filipino fishing boat Gem-Ver on June 9, in what could be a first in the dispute between the Philippines and China over the West Philippine Sea. The incident took place near Recto Bank (Reed Bank), an oil-rich underwater reef formation that belongs to the Philippines but is coveted by China.

Senator Panfilo Lacson, a former police chief, said Empedrad’s statement shows “there is no reason to doubt that our fishermen’s boat was indeed rammed by the Chinese vessel, whether it was just a fishing vessel or that of a Chinese maritime militia.”

Criticizing China’s foreign ministry spokesperson, Lacson added, “Even if it was an accidental collision as claimed by their spokesperson, it will not mitigate the criminal offense of abandoning our people to die in the high seas. Worse, an admonition issued by their spokesman not to politicize the incident only worsens the already tense situation.”

“As I said earlier, this calls for a hard punitive action after the conduct of an investigation by the Chinese government against those goddamn crew, whoever they are,” Lacson added. – Rappler.com