Cavite City-Lawton ferry service will be free until January 31 MANILA, Philippines – The Cavite-Metro Manila ferry service was launched on Sunday, December 8, with an announcement from Department of Transportation (DOTr) Secretary Arthur Tugade that Seaborne Shipping Company Inc. and Shogun Ships Co. Inc. have agreed to run the ferry service for free for the first month.

After the maiden voyage of the MV Island Sabtang run by Shogun Ships, its chairman and chief executive officer Vicente Cordero Jr said that their free service will be extended to January 31, after a prodding from Tugade to extend it until Valentines’ Day.

The ferry service is expected to cut travel time from 3-4 hours on land to a range of only 15 minutes to around an hour by ferry, depending on the drop-off point.

The DOTr and Maritime Industry Authority (Marina) earlier announced two phases of the ferry operations, and when the service was launched, the routes that were first to be opened were Cavite City Hall to CCP Port and Cavite City Hall to Lawton Ferry Terminal. 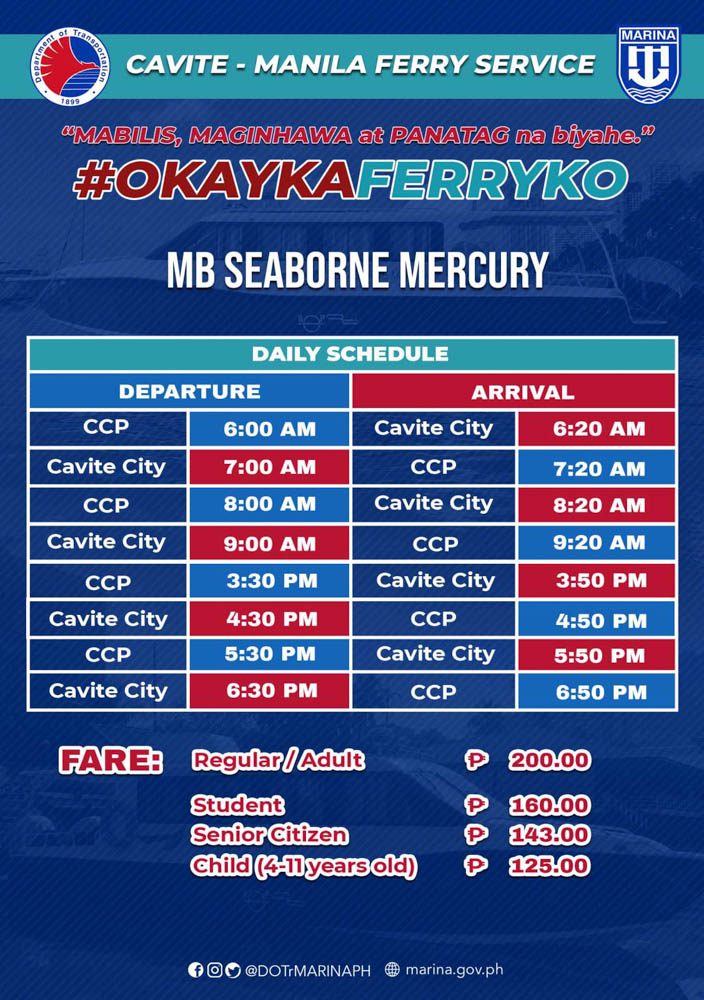 Finding the P160 to P200 fares too high, Tugade said that the ferry service rates are still being negotiated. He wanted them to be in close range with the jeepney and bus fares.

He also said that the operators may add 2 to 3 more boats, subject to navigational lanes.

Tugade is considering adding routes from Sangley, Tanza, and Naic in Cavite to SM Mall of Asia in Pasay. – Rappler.com