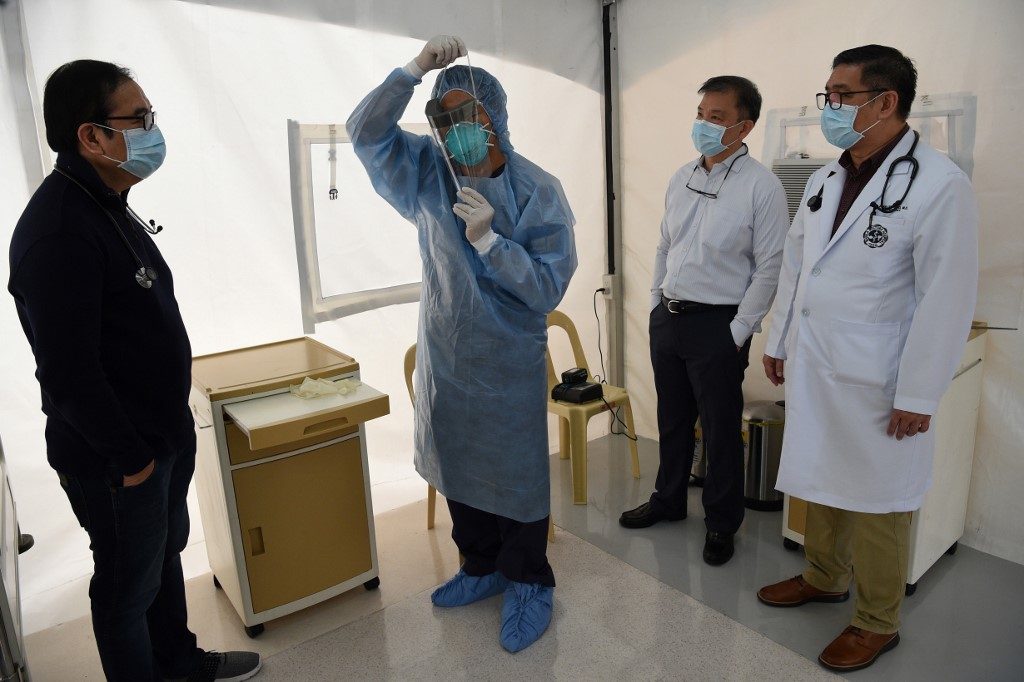 MANILA, Philippines – Nine doctors have died in the Philippines from the coronavirus, the country’s top medical association said Thursday, March 26, as hospitals were overwhelmed and medics complained about a lack of protection on the front lines.

The announcement of the doctors’ deaths heightened fears that the scale of the health crisis in the Philippines is much worse than is being officially reported, with the confirmed virus death toll at just 38.

The main island of Luzon, home to 55 million people, is in the second week of a lockdown to contain the spread of the disease, however medics are warning there is a surge in cases.

The Philippine Medical Association said Thursday a ninth doctor had died of the virus, and that health workers were not getting enough protection.

(READ: Beyond ultimate sacrifice, Dr Greg Macasaet remembered for his selflessness; ‘Great pillar’ of PH cardiology succumbs to coronavirus in the line of duty)

“If it were up to me, test the frontliners first and test them again after 7 days. Doctors could be carriers themselves,” Benito Atienza, vice president of the Philippine Medical Association told AFP.

Three large Manila hospitals announced Wednesday they had reached full capacity and would no longer accept new coronavirus cases. These Metro Manila hospitals which have reached their maximum capacity are the Makati Medical Center, The Medical City in Pasig, and  St Luke’s hospitals in Quezon City and Bonifacio Global City.

Hundreds of medical staff are no longer accepting patients because they are undergoing 14-day self-quarantines after suspected exposure, the hospitals said.

Just under 2,000 people had been tested in the Philippines as of Tuesday, March 24, from those with severe symptoms and those considered most vulnerable to COVID-19, such as the elderly, those with life-threatening ailments, and pregnant women.

As of Thursday, the Department of Health said there 71 new coronavirus cases, bringing the total in the Philippines to 707.

It also reported that 7 patients died of the coronavirus disease (COVID-19), raising the death toll to 45. So far, there 28 patients have recovered. – Rappler.com