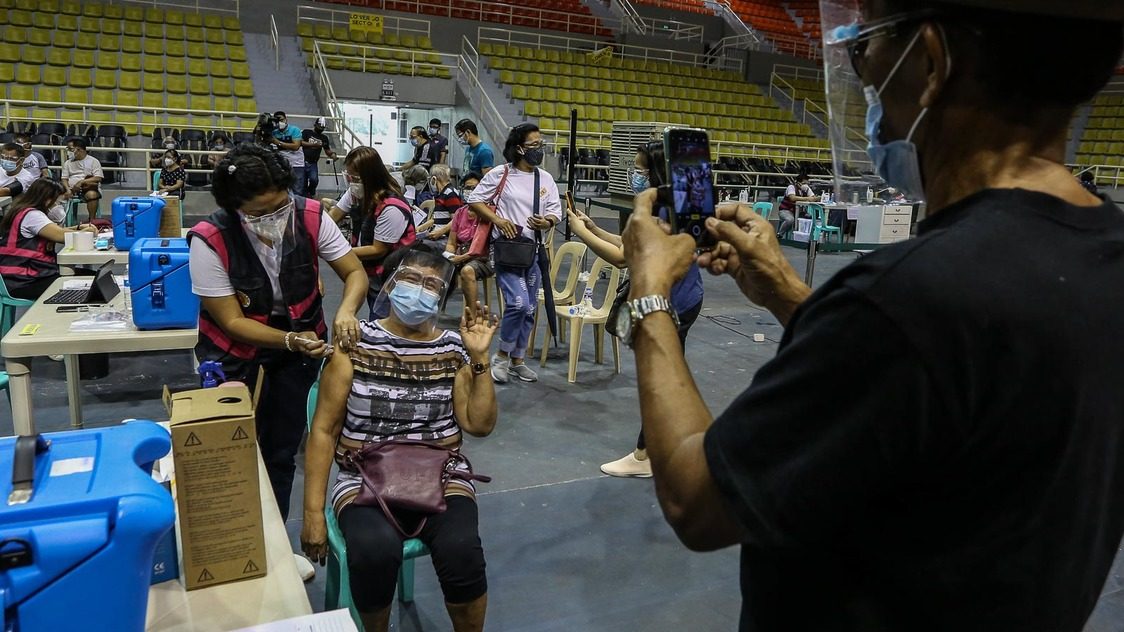 Facebook Twitter Copy URL
Copied
Analytics and life science data firm Airfinity finds that in six highly-vaccinated countries, 'a small change in vaccine coverage for those aged over 65 can have a significant impact on hospitalization'

What is one thing governments can do to maximize vaccinations, protect health care systems, and help avoid lockdowns? Real world data shows that vaccinating the elderly population is one way to go.

Analytics and life science data firm Airfinity found that in six countries with high vaccination coverage, “higher vaccine coverage in older people has the most significant impact on a country’s hospitals and healthcare systems.”

“A small change in vaccine coverage for those aged over 65 can have a significant impact on hospitalization,” it said in a new analysis released on Thursday, October 20.

The group had examined data from the United States, Israel, France, United Kingdom, Denmark, and Portugal, which showed that wider coverage among the elderly saw lower numbers of patients in hospitals.

In an interview with BloombergTV, Airfinity chief executive officer Rasmus Bech Hansen said that while several countries had high levels of vaccine coverage, one difference seen among these nations was the level of vaccination among the elderly.

Since COVID-19 vaccines had become available in late 2020, health experts have repeatedly stressed that vaccination priority for the elderly and vulnerable is among the best ways to maximize limited vaccine doses.

In the Philippines, government officials have been hard-pressed to increase vaccination coverage levels and ensure that at least 70% of the population would be vaccinated by the May 2022 elections. But experts cautioned against scaling up to reach this target without increasing coverage rates among high-risk groups – a scenario that will still likely see the Philippines dealing with the same problem of overwhelmed health systems. “Achieving high vaccination coverages across the board yet leaving behind the most vulnerable is not the most optimal use of our limited vaccine supply. Our elderly need early vaccination to protect them from a higher likelihood of severe disease, hospitalization and death. Such an approach will also contribute to protecting our hospitals from being overwhelmed and will help keep the economy open,” Dr. Rabindra Abeyasinghe, World Health Organization Representative to the Philippines said earlier in July.

Latest figures from the National Vaccine Operation Center showed that out of 8.5 million senior citizens in the A2 category, only about 4.6 million received both doses of a vaccine as of October 20, 2021. – Rappler.com