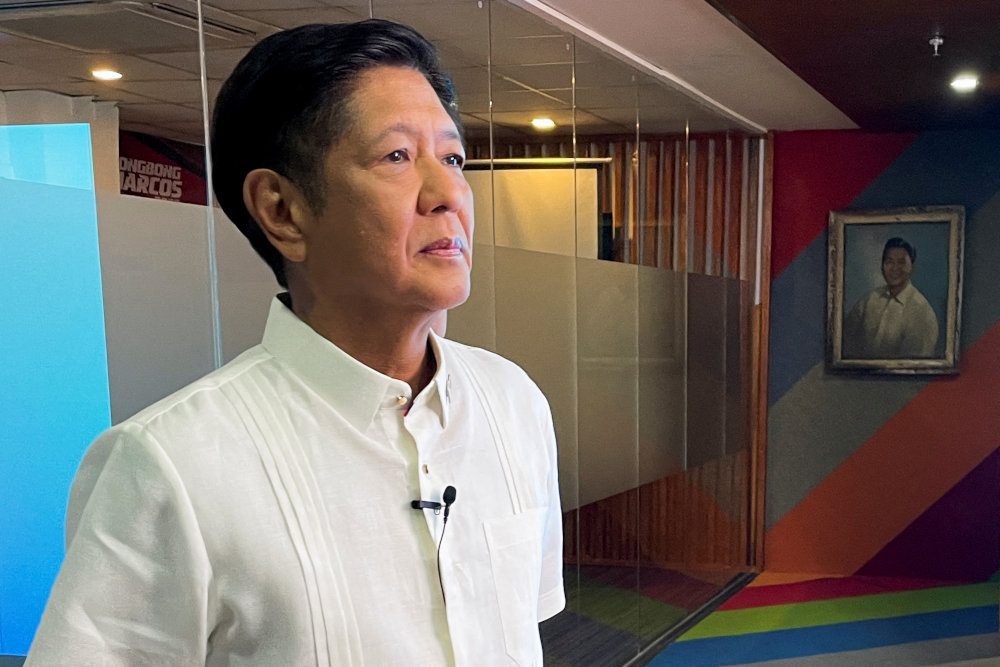 FERDINAND MARCOS JR. Ferdinand Marcos Jr prepares to speak to foreign correspondents, including Reuters, two days after clinching a landslide victory in the Philippines presidential election, based on an unofficial tally of votes, at his headquarters in Mandaluyong City, Philippines, May 11, 2022.

Facebook Twitter Copy URL
Copied
(1st UPDATE) Along with the US, China is among the first countries to recognize Ferdinand Marcos Jr. and Sara Duterte as president- and vice president-elect of the Philippines 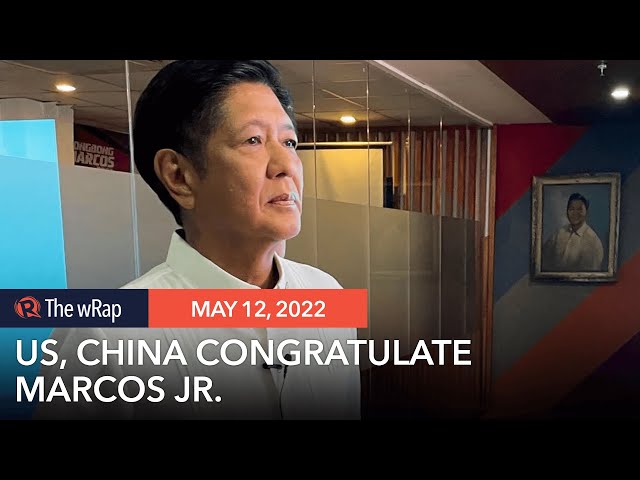 MANILA, Philippines – US President Joe Biden called presumptive Philippine president Ferdinand Marcos Jr. on Thursday, May 12, to congratulate him on his election win, after preliminary and unofficial results showed the late dictator’s son with 58% of the vote.

Biden is among the first heads of state to reach out to Marcos Jr., whose landslide win brings full-circle the Marcos family’s decades-long project to return to Malacañang after Filipinos booted the family out of power in 1986.

Editor’s Note: An earlier version of this story stated that Filipinos booted the Marcos family out of Malacanang in 1988. This has been corrected.

“President Biden underscored that he looks forward to working with the President-elect to continue strengthening the U.S.-Philippine Alliance, while expanding bilateral cooperation on a wide range of issues, including the fight against COVID-19, addressing the climate crisis, promoting broad-based economic growth, and respect for human rights,” the White House said in a statement.

Philippine Ambassador to the United States Jose Manuel Romualdez told Rappler that Marcos Jr. told Biden, “We are prepared to work with you, Mr. President and continue to strengthen our relationship.”

With 98.35% of precincts accounted for, Marcos Jr. tallied over 31 million votes as of Thursday afternoon. The figure is double the votes President Rodrigo Duterte won in 2016 and more than double that of Marcos Jr.’s closest rival, Vice President Leni Robredo, garnered in the recent election exercise.

The Associated Press reported that Marcos Jr. invited Biden to attend his inauguration on June 30, but that Biden said urgent concerns may prompt him to stay in Washington, though a “high-level American delegation” could attend.

An incoming Marcos presidency comes after six turbulent years between Manila and Washington, during which President Rodrigo Duterte often expressed his dislike for the US and railed against the perceived interference of American lawmakers criticizing his bloody anti-illegal drug campaign.

Among the priority areas the US planned to work on with an incoming Philippine administration include the promotion of human rights, rule of law, and the advancement of a “free and open, connected, prosperous, secure, and resilient Indo-Pacific region,” the US embassy said.

Early challenges are expected for an incoming Marcos Jr. presidency.

Unlike past presidents, Marcos Jr. faces a standing contempt order in the US in connection with a human rights class suit against his late dictator-father. Rappler reached out to the US embassy for comment, which said it would gather information on the issue. We will update this story once more details are available.

Asked to comment on the issue, Marcos Jr.’s spokesman Vic Rodriguez said in an interview with ANC, “That was handled by a different lawyer.” Rappler earlier asked Rodriguez the same question during a Wednesday press conference but was ignored.

“The question given yesterday, it was more of an update, me coming out was more of an update on what’s going on and again… Like what I have assured you just a while ago, I assure you and the Filipino people that our relationship with the United States will be better,” Rodriguez said on ANC.

Huang expressed confidence that Marcos Jr. and Duterte – who ran under a promise of “unity” – “will surely demonstrate unprecedented unity to rise above all challenges, to recover from the pandemic and to prosper.”

“And I have no doubt that under the next administration, our bilateral relations will only become stronger, our peoples closer and our cooperation deeper and wider,” Huang said.

Marcos Jr. earlier said he wanted to pursue a continuation of closer ties with China and appeared prepared to set aside the historic arbitration win of the Philippines in The Hague which invalidated China’s expansive claims and reasserted the Philippines rights in the West Philippine Sea. – Rappler.com