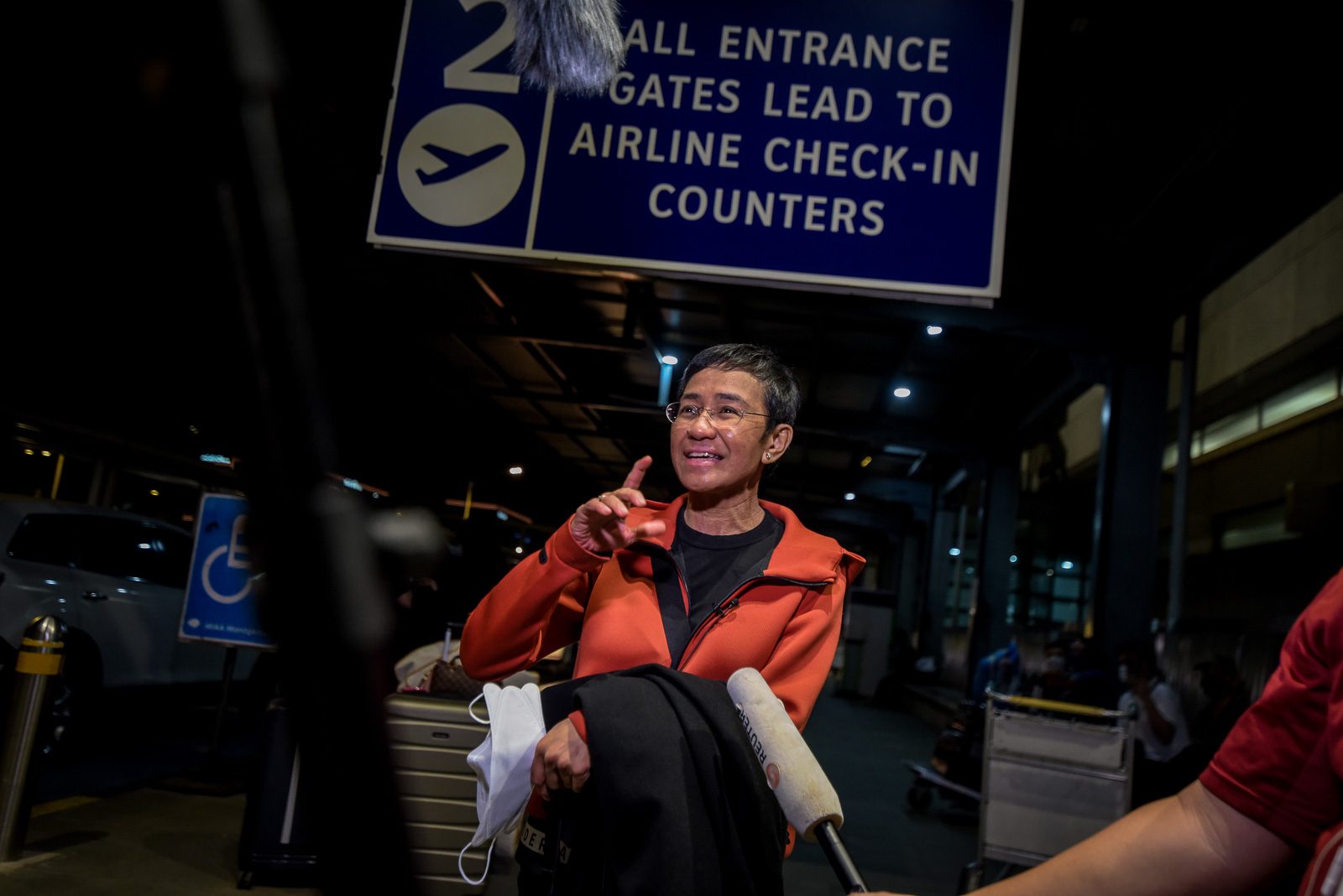 ALLOWED TO TRAVEL. In this file photo, Rappler CEO and founder Maria Ressa speaks to the media at the Ninoy Aquino International Airport during her departure on December 7, 2021, after Philippine courts granted her permission to travel to Oslo, Norway for the Nobel Peace Prize ceremony on December 10.

MANILA, Philippines – The Court of Appeals (CA) on Thursday, February 17, approved Nobel laureate Maria Ressa’s appeal to travel to the United States in order to receive the Woodrow Wilson Award from the Princeton University.

The CA decision allows her to fly out after several other courts where Ressa has pending cases approved her motions to travel. Theodore Te, who represents Ressa, confirmed that the Rappler CEO is set to leave the country Thursday evening and return on February 22.

Ressa was supposed to leave for the US earlier but couldn’t because the CA decision had only come out hours before her original scheduled flight. An urgent motion for reconsideration was filed on February 17 and granted the same day.

The CA’s Special Seventh Division noted that Ressa was “not a flight risk,” citing her previous travels abroad. Ressa had recently been allowed to travel to Oslo to receive the Nobel Peace Prize. She was also allowed to travel to the US in November 2021 for a series of Harvard lectures.

The CA handles Ressa’s appeal for her cyber libel conviction. It’s the hardest to get since conviction further restricts a person’s right to travel.

The Woodrow Wilson Award is awarded to Princeton alumna or alumnus “whose career embodies the call to duty in Wilson’s speech, ‘Princeton in the Nation’s Service.'” The awarding is set on Saturday, February 19 (US time), during the university’s alumni day.

Ressa, a member of the Princeton Class of 1986, is the recipient of several awards, both for her journalism and public service. She is the first Filipino to receive the Nobel Peace Prize. – Rappler.com