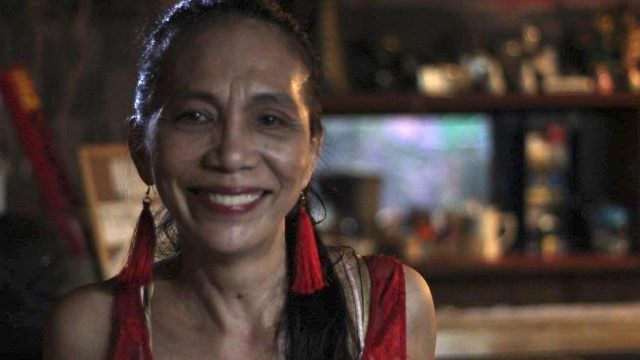 Facebook Twitter Copy URL
Copied
'Any court conscious of its mandate to uphold the Constitution should and must wield it as a shield against any means to silence political and social criticisms,' says Judge Yvonne Artiaga in her decision

A Cebu court on Tuesday, September 15, dismissed the two other cases filed against Cebu-based artist Bambi Beltran over her social media post on the COVID-19 situation in her city in April, as the judge ruled that the satirical post is “constitutionally protected speech.”

“In conclusion, for apparent lack of probable cause, and more importantly, on the ground of clear violation of Beltran’s constitutionally guaranteed rights, these cases must be dismissed,” Presiding Judge Yvonne Cabaron Artiaga of the Municipal Trial Court in Cities Branch 3 said in her decision.

Because of her Facebook post, Beltran had been charged with cyber libel, and violating Republic Act No. 11469 or the Bayanihan to Heal as One Act and RA 11332 or the Mandatory Reporting of Notifiable Diseases and Health Events of Public Health Concern Act. The cyber libel case was dismissed in August, for lack of jurisdiction.

Cebu City Mayor Edgardo Labella shared Beltran’s post on his official Facebook page, and warned her that she would face jail time for allegedly spreading “fake news.” Hours after Beltran’s post, she was arrested and detained for 3 days.

In her September 15 ruling, Artiaga said that Beltran’s post was clearly satirical.

“This court, instead, finds the public FB post as a satire. The phrase ‘epicenter of the whole solar system’ is a dead giveaway. In many instances our Supreme Court has held time and again that satire is constitutionally protected speech,” the decision said.

“Any court conscious of its mandate to uphold the Constitution should and must wield it as a shield against any means to silence political and social criticisms, a practice eerily reminiscent of the official excesses during the ‘Dark Ages’ of our very own history not so long ago,” the court added.

The court also ruled that there was no probable cause to charge Beltran of spreading false information by pointing out that the Cebu City Health Department had released a statement considering the entire population of Sitio Zapatera as COVID 19-positive, prior to Beltran’s post. This pronouncement was also picked up by local dailies in Cebu.

“The questioned FB post, therefore, cannot be considered false information or misinformation as it was only based on official pronouncement,” the decision read.

The court also pointed out that Beltran’s warrantless arrest is a violation of her right against unreasonable arrest.

The court noted that Beltran posted on Facebook at 7:21 am of April 18, and arresting officers went to her house at 11:50 pm of the same day.

“Beltran’s warrantless arrest late at night of April 18th violated the Bill of Rights provision in our Constitution that guarantees a citizen’s right against unreasonable arrest, search, and seizure,” the court said.

“At the time of Beltran’s arrest she was not committing a crime, there was no hot pursuit and obviously Beltran is not an escapee from prison. Simply put, the arrest was not a valid warrantless arrest,” the decision added.

“The decision reaffirms the role of our courts as last bastion of democracy,” said Amando Ligutan, one of Beltran’s lawyers.

Beltran’s had caught the attention of international human rights groups such as Human Rights Watch and the Asian Forum for Human Rights and Development, who urged the government to drop the charges against her.

Beltran, one of 17 laureates of the 2020 Deutsche Welle (DW) Freedom of Speech Award, is a well-known screenwriter, poet, and actor of local independent Visayan films. Her story, “Ang Damgo Ni Eleuteria,” was adapted into a screenplay by Remton Zuasola that won 4 Gawad Urian awards in 2011. – Rappler.com