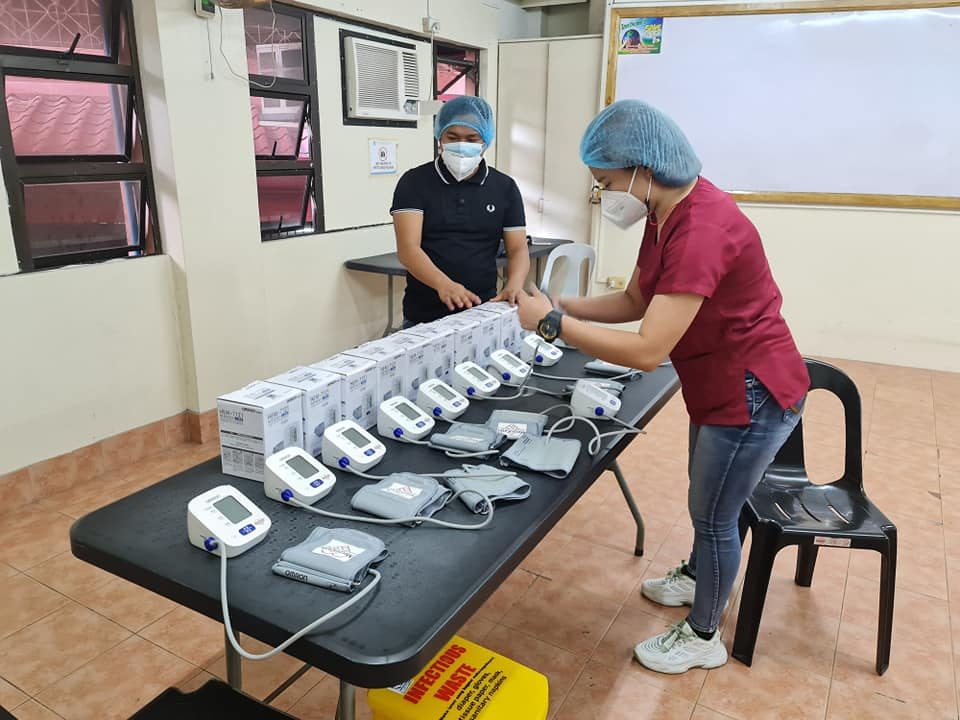 GEARING UP. Bacolod City health workers prepare for a round of vaccination.

BACOLOD CITY, Philippines – The Department of Health in Western Visayas has tagged this city, the center of Negros Occidental, as high-risk for COVID-19 transmission.

That makes Bacolod the third high-risk area in Western Visayas, after Iloilo City and Aklan province.

The province’s largest COVID-19 referral center said the city had a 250% two-week growth rate in cases. Its daily tracker shows the growth rate jumping from only 38% on January 7, to 72% on January 8, before hitting 192% on January 9.

The figure represents the percent increase or decrease in new cases over the past two weeks, compared to the number of new cases in the two previous weeks.

Unlike Negros Occidental, where the bulk of 105 new cases on January 10 are returning residents caught by antigen testing on arrival from January 7 to 9, Bacolod’s 50 new cases are all local transmissions, according to the DOH Western Visayas office.

This is in contrast to the city’s January 6 report, when less than 50% of the 32 new cases were local transmissions.

The province remains in the low-risk transmission category, with intercepted travel-acquired cases accounting for most of the 151% growth rate. The province also has a relatively low ADAR rate of 0.50 per 100,000 population.

Bacolod’s strong point is its aggressive vaccination program. The city health office’s data on January 4 showed that about 94.5% of Bacolod residents are fully-vaccinated. It has been accepting non-residents in its post-New Year vaccine drive because many work or do business in the city.

Under the DOH Alert Level status – different from the Inter-Agency Task Force for the Management of Emerging Infectious Diseases Alert Level that determines national policy on mobility – Bacolod remains under level 3 and Negros Occidental level 2.

Province and city remain under IATF level 2. They now require travelers, regardless of vaccination status, to present a negative  RT-PCR result and secure an S-PaSS approval.

The move prompted ferry operators to temporarily halt operations on January 10. Frank Carbon, chief executive officer of the Metro Bacolod Chamber of Commerce and Industry and consultant of Weesam Express, told Digicast Negros that the new rules make travel from and to Panay too expensive for most passengers. – Rappler.com