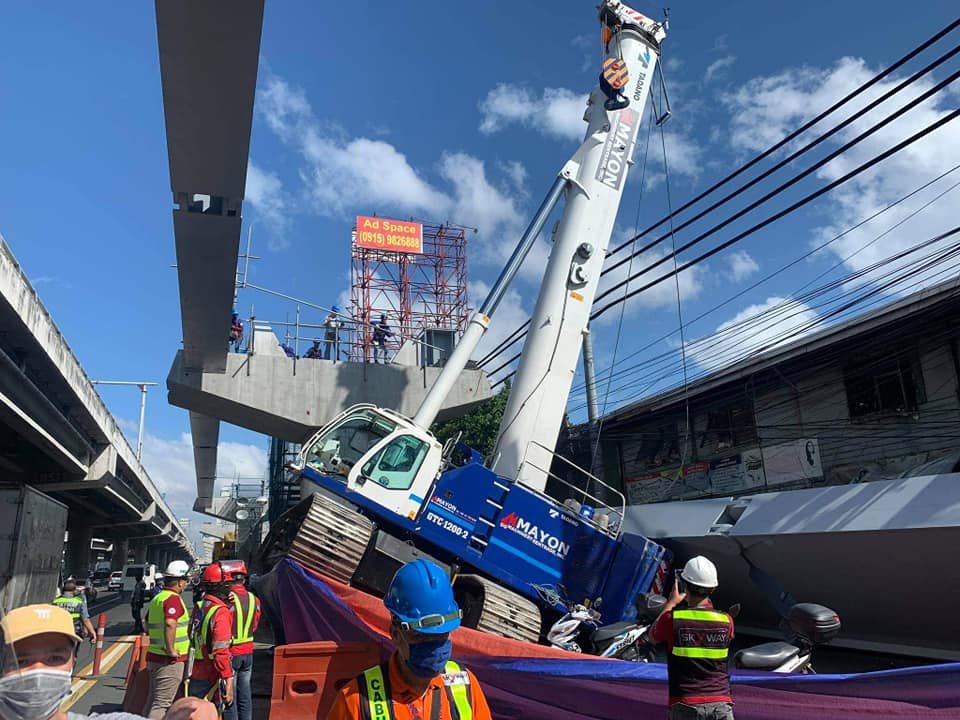 ACCIDENT. A steel girder used for the Skyway Extension project fell on the East Service Road in Muntinlupa City and hit some vehicles on November 21, 2020.

Photo from Muntinlupa City Department of Disaster Resilience and Management

The Department of Labor and Employment (DOLE) on Monday, November 23, ordered EEI Corporation and its subcontractors to stop work on the entire stretch of the Skyway Extension project.

DOLE initially suspended work at the construction site in Barangay Cupang, Muntinlupa City, where a steel girder fell on 6 vehicles on Saturday, November 21, killing a motorist and leaving 4 others injured.

A supplemental order was later issued on Monday to cover the entire Skyway Extension project, including the Sucat-Alabang viaduct.

“The accident is a manifestation of grave and imminent danger not only to the safety and health of the workers but also to the general public within the vicinity of the construction site as well,” the order read.

DOLE also ordered representatives to attend a hearing on Tuesday, November 24, or upon receipt of the order to determine whether the work suspension should be lifted or not.

Failure to comply with the order, according to DOLE, is a criminal offense under the Labor Code.

San Miguel Corporation (SMC), the main proponent of the Skyway Extension, earlier said the target completion of the project has been pushed back from December 2020 to February 2021, as a result of the fatal incident.

Rappler asked SMC if the work stoppage order would further delay the project, but the firm has yet to respond as of posting. – Rappler.com