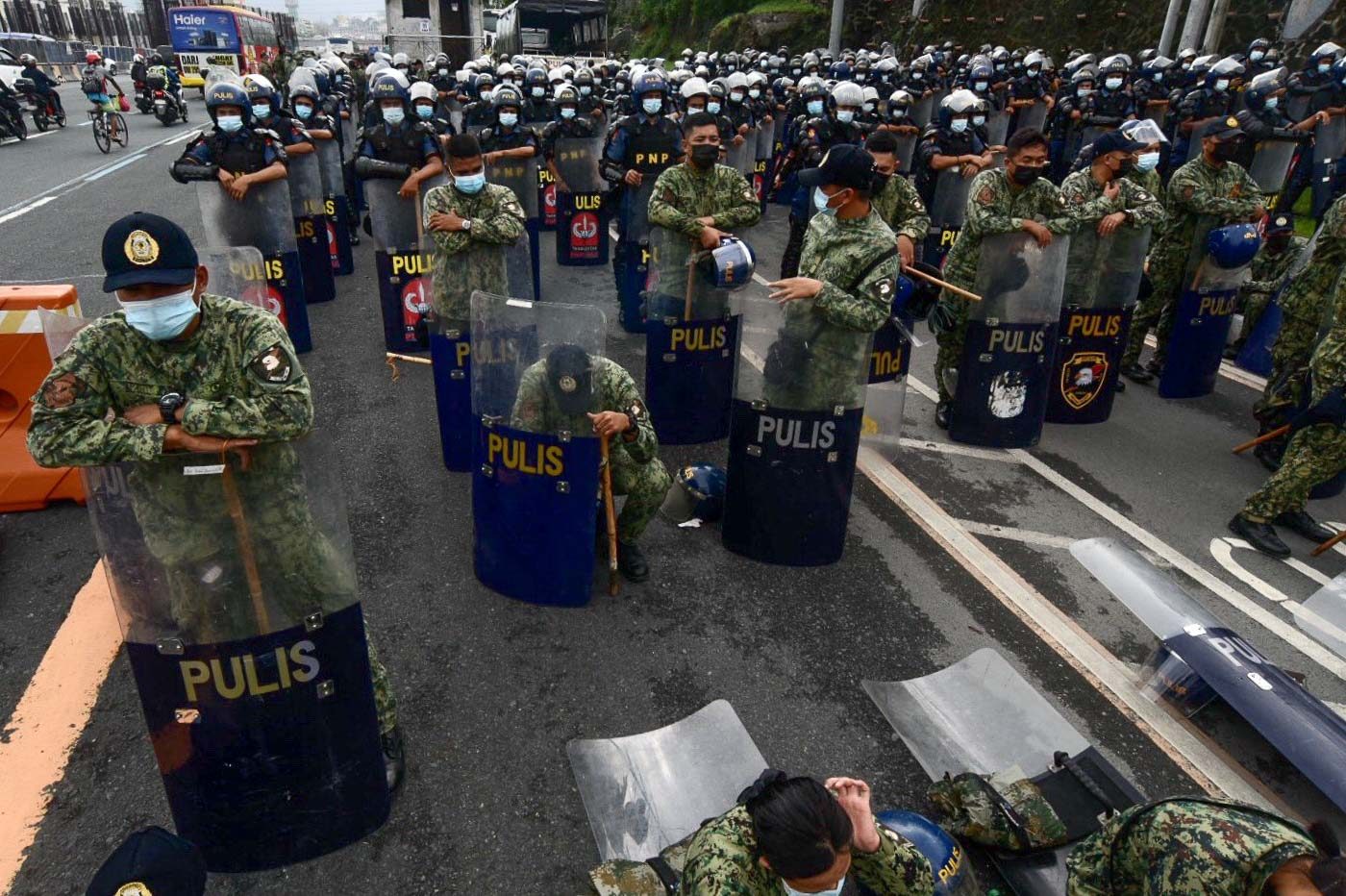 Facebook Twitter Copy URL
Copied
'I made it a priority to strengthen the institution, boost the morale of the men and women of the AFP and PNP and other armed services,' says President Duterte

In contrast to the human rights approach taken so far by the Department of Justice (DOJ) and the Supreme Court (SC), President Rodrigo Duterte was still out to protect cops and soldiers accused of committing abuses, saying in his State of the Nation Address (SONA) that they must get free legal help.

“It is high time to pass a law providing free legal assistance to AFP (Armed Forces of the Philippines) and PNP (Philippine National Police) officers and enlisted personnel to help them from charges arising from incidents related to the performance of official duty,” Duterte said in his last SONA on Monday, July 26.

National Union of Peoples’ Lawyers (NUPL) president Edre Olalia said
“with all these violations and abuses, it is the victims of security forces that most need free, competent, and independent counsel.”

“Under the Constitution, Congress cannot legislate on the legal profession, only the Supreme Court can,” said Te. 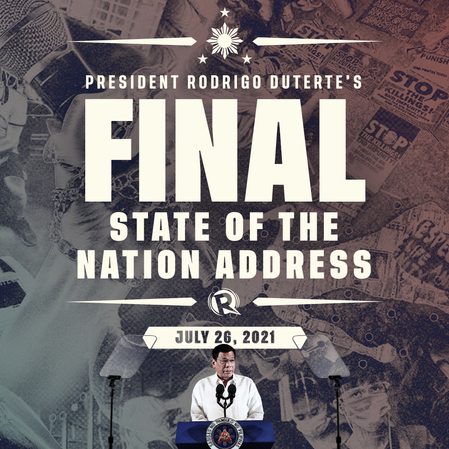 Before his SONA, Justice Secretary Menardo Guevarra said he hoped Duterte would mention in his speech the Philippines’ joint human rights program with the United Nations (UN).

The program’s top priority is “strengthening domestic investigation capabilities and accountability mechanisms,” which is what the DOJ’s drug war review is doing, as it reinvestigates accountability of policemen in the deaths that occurred in police anti-drug operations.

The DOJ’s Administrative Order 35 panel was also investigating cops’ lapses in the killing of activists and other political figures.

The Supreme Court, on the other hand, recently required policemen to wear body cameras in serving warrants, a responsive action from the judiciary that has been slammed as enabling state abuses.

But in his SONA, Duterte still gave a nod to the uniformed personnel.

“I made it a priority to strengthen the institution, boost the morale of the men and women of the AFP and PNP and other armed services,” Duterte said.

Duterte said this was because “our armed forces were ill-equipped to deal with internal and external threats while the police force had been overwhelmed by criminality and the drug trade problem.”

“In principle, everybody including our military and police are entitled to constitutional and even universal rights to due process which includes the right to counsel,” Olalia said.

“But more fundamentally, such free legal assistance will be unnecessary if only they perform their jobs properly, regularly, and legally, consistent, and in accordance with basic rights and freedoms of the people,” said Olalia.

The International Criminal Court or ICC’s pre-trial chamber is set to decide by end of August if it would open an investigation into killings in Duterte’s drug war, and killings by the Davao Death Squad (DDS).

A basis for that decision is if the ICC’s judges see that there is an inability and unwillingness of the domestic systems here to hold state agents accountable.