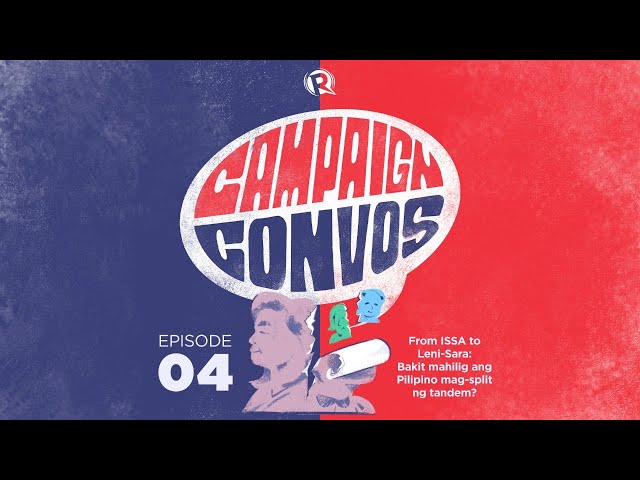 MANILA, Philippines – In the past week, a so-called “Willie Ong erasure” in Isko Moreno’s Maguindanao sorties reminded everyone that president-VP tandems in Philippine elections are constructs.

Formally and officially, the Moreno-Ong tandem is solid. So is the Ferdinand Marcos Jr. and Sara Duterte tandem. Both have publicly declared they are partners all the way to Election Day. But that doesn’t stop other politicians, groups, and ordinary voters themselves from mixing and matching candidates, and forming the tandem that speaks to them.

Catch the discussion live at 6 pm on Thursday, February 24.

In post-EDSA Revolution history, only one official tandem was voted together – Gloria Macapagal-Arroyo and Noli de Castro in the 2004 elections.

In the 2022 elections, there are groups backing Isko-Sara, another one backing Leni-Sara. What other interesting combinations can we expect? And what’s the impact of tandem-splitting on official tandems and their campaign strategy?