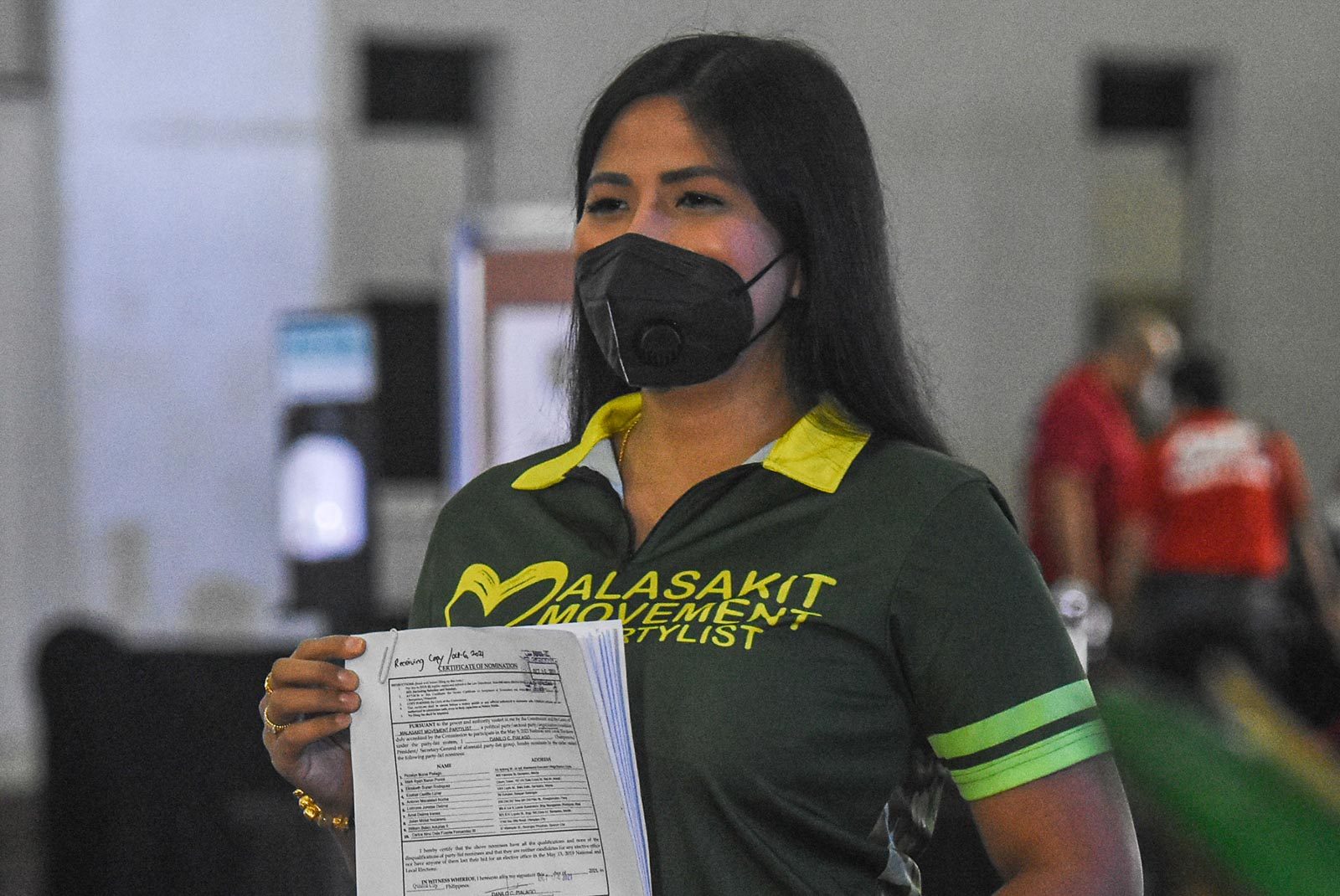 PARTY-LIST. Former MMDA spokesperson Celine Pialago poses for the cameras after filing the CONA of Malasakit Movement for the May 2022 elections in October 2021.

Facebook Twitter Copy URL
Copied
(2nd UPDATE) The number assigned to Malasakit Movement will be vacated, unless the group successfully asks the Supreme Court to intervene

The Commission on Elections (Comelec) will not include the name of Malasakit Movement on the list of party-list groups that will be on the official 2022 ballot.

The Comelec’s clerk office issued a notice on Tuesday, January 11, announcing that the party-list group led by former Metropolitan Manila Development Authority (MMDA) spokesperson Celine Pialago had been excluded from the May 9 vote, after its “pending incident” was resolved.

“Malasakit Movement was denied accreditation because they failed to meet the requirements for a sectoral party-list organization. They were unable to prove that they were representing marginalized and underrepresented sectors,” Comelec spokesman James Jimenez said on Wednesday, January 12.

The number 96 on the ballot – which was assigned to Malasakit Movement – will be vacated and skipped.

With the printing of ballots slated to begin sometime in mid-January, the group has little time to run to the Supreme Court, which has the power to halt the Comelec’s order.

Malasakit Movement was among the 13 party-list groups with “pending incidents” that were allowed by the Comelec to join the December 14, 2021 raffle, which determined the order that their names would appear on the ballots. A total of 166 groups were allowed to join the raffle.

Following the event, 12 groups rejected by the Comelec successfully secured a temporary restraining order from the Supreme Court. That compelled the Comelec to include their names on the ballot and keep them in the running for the 2022 polls.

In a statement, Pialago said Malasakit Movement is searching for legal remedies to make it to the ballot.

“We will fight because it’s not the attitude of Team 96 to surrender,” she said.

What is Malasakit Movement?

Pialago said during the candidacy filing in October 2021 that her group wants to push for better benefits for health workers and barangay officials, who are already part of the government. 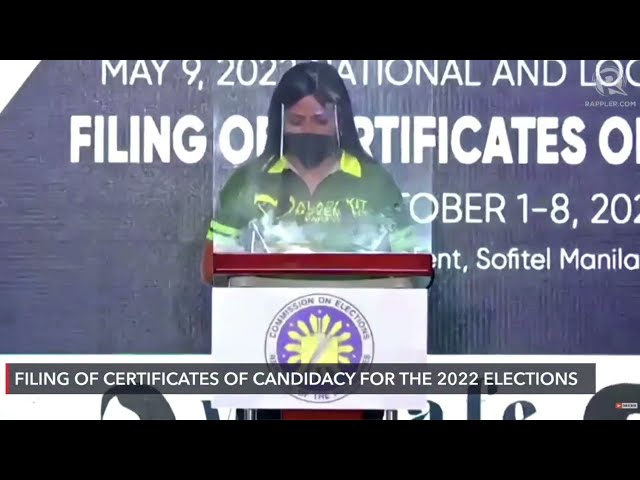 She also said she wants to be the voice in Congress of the notorious National Task Force to End Local Communist Armed Conflict (NTF-ELCAC), of which she was a spokesperson.

Aside from Pialago, at least two more personalities closely associated with the NTF-ELCAC are seeking to be part of 19th Congress through the party-list system.

Former NTF-ELCAC spokesperson Michelle Gumabao is the second nominee of Mothers for Change (MOCHA), while NTF-ELCAC informant Eric Celiz is the first nominee of Abante Sambayanan, which seeks to represent former communist rebels in the legislature.

MOCHA also has a pending incident with the Comelec. Abante Sambayanan, meanwhile, has successfully secured relief from the Supreme Court after the poll body junked its application.

Poll watchdog Kontra Daya had expressed alarm over the rise in the number of anti-communist insurgency personalities seeking to join the 2022 party-list race. “We’re seeing here the possibility of intensified red-tagging against certain party-list groups, particularly the Makabayan bloc and most likely, some other senatorial aspirants who are identified with progressive efforts,” Kontra Daya convenor Danilo Arao had said in October 2021. – Rappler.com