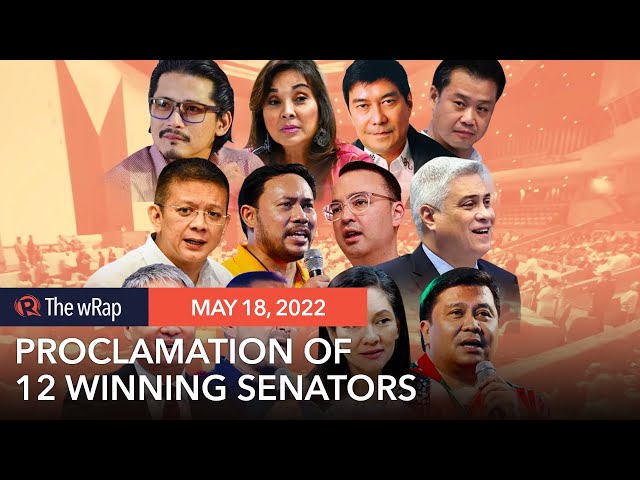 MANILA, Philippines – The Commission on Elections (Comelec), sitting as the National Board of Canvassers (NBOC), formalized the victory of 12 senatorial candidates who clinched seats in the 19th Congress, in a proclamation ceremony in Pasay City on Wednesday, May 18.

The senators were proclaimed from 12th to 1st ranking, namely:

The proclamation in the Philippine International Convention Center (PICC) pushed through even though out of the 173 certificates of canvass, one COC has yet to be tallied. 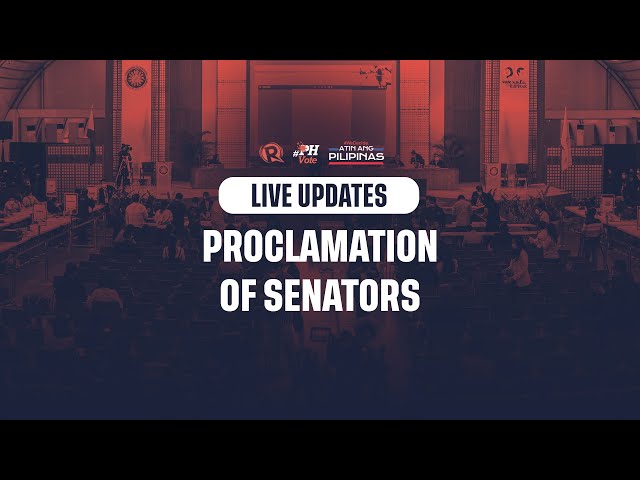 The COC from Lanao del Sur has not been included, as some precincts there were affected by the failure of elections in some towns. Votes from the province will not be included in the final count until a special election is held in parts of the municipality of Tubaran on May 24.

But the supervisory group of the NBOC said the votes from Lanao del Sur will not affect the outcome of the senatorial race.

Estrada, who ranks 12th, has a lead of 1.8 million votes over former vice president Jejomar Binay, who is in 13th spot. Lanao del Sur has around 685,000 registered voters.

The new batch of legislators will make the Senate a more blatant family affair, with three pairs of relatives occupying a fourth of the total seats: siblings Pia Cayetano and Alan Peter Cayetano, mother-and-son Cynthia Villar and Mark Villar, and siblings JV Ejercito and Jinggoy Estrada.

The incoming Senate will also see a further weakened opposition, with reelectionist Senator Risa Hontiveros as the only guaranteed member of the minority. – Rappler.com